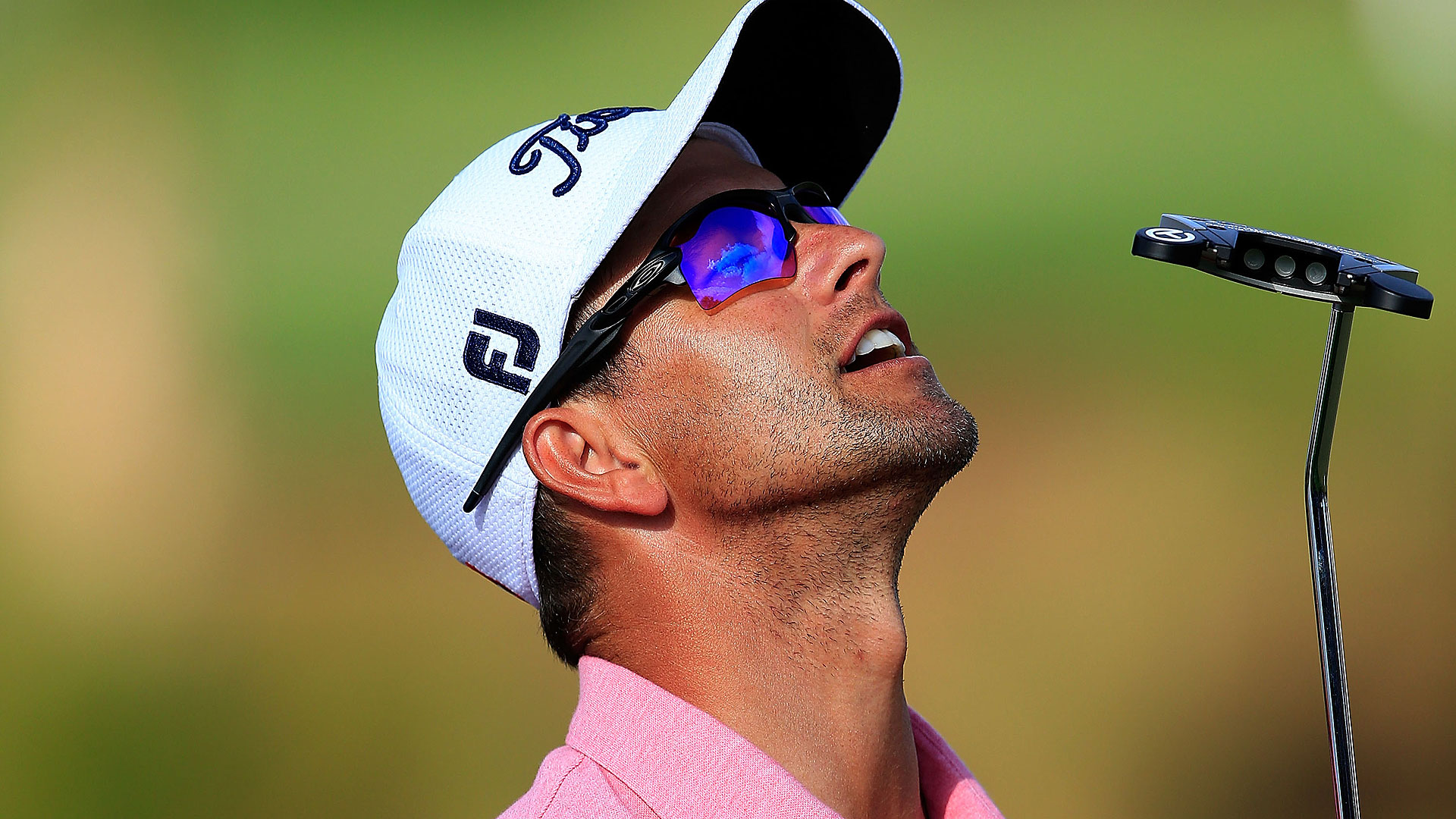 PALM BEACH GARDENS, Fla. – Maybe we won’t look at that short putter as if it’s some sort of serpent in Adam Scott’s hands anymore.

We won’t watch him wondering if that thing is the poisonous 14th club in his bag.

Can he still win with a short putter?

Yes, damn straight he can.

With his victory Sunday at the Honda Classic, Scott won for the first time since the Rules of Golf forced him to abandon anchoring the long putter he adopted back in 2011, a steadying tool he used to break through and win his first major, the Masters in 2013. Scott’s win comes in just his third start with this year’s new anchoring ban in effect. In winning for the first time in almost two years, he showed the ban may not be a career-thwarting challenge some thought it would be.

“There was a sense of relief, but overall I'm thrilled with where my game's at,” said Scott, who finished second last week at the Northern Trust Open in Los Angeles. “To get a victory is even more satisfying, to just reassure me that I'm working on all the right things, going in the right direction this time of year.”

Scott beat Sergio Garcia in a Sunday duel on the difficult Champion Course. He started the day tied for the lead with Garcia, four shots ahead of the rest of the field, and he won playing smart, defensive golf. He avoided big mistakes, like the quadruple bogey that hurt him Saturday, and he hit the nerve-racking safe shots to the middle of greens that were required coming home. He let Garcia make the mistakes.

“It was tough, a really difficult course,” Garcia said. “Adam played really, really good, really solid. He just missed a couple shots here and there. He deserved to win.”

Scott, 36, didn’t just dropkick all those questions about the short putter into that lake aside the 18th green at PGA National. He replaced them with delightful new questions, the kind he’ll much prefer being posed to him over the next six weeks. Can he win another green jacket at the Masters? Can he feel the same confidence on Augusta National’s greens that he had with a long putter? Because this victory moves Scott back on any short list of Masters favorites.

“Obviously, you want to go to the Masters feeling your game is in good shape,” Scott said. “You say results don't matter, until you get them, and they do matter. Certainly, with the quality of the golf course this week, the quality of the field, I think this was a really good test and reflection for me, where my game's at.

“To get a win is definitely confidence. To come and win down the stretch at a course like this, definitely has that major kind of feel, where big questions are asked of your shots, and there's trouble at every point if you hit a bad one. That’s very much like a major.”

Scott said he wanted to feel relevant again with Jordan Spieth, Rory McIlroy, Jason Day and Rickie Fowler in so many headlines.

“I said yesterday I was desperate for this win, and I was,” Scott said.

There was something else reinvigorating about Scott’s 12th PGA Tour title, his first in almost two years. There wasn’t just satisfaction winning with the short putter. There was satisfaction winning for the first time as a father, for the first time with this new family lifestyle radically changing so many habits. His wife, Marie, and his 1-year-old daughter, Bo Vera, are part of all this now.

“It’s only been a great transition, though certainly trying at times, trying to balance everything on and off the course,” Scott said. “I’ve had a lot of things changing over the last 12 months, but it’s settling down now. It’s fantastic to feel like we really have everything in the family life under control, with my wife and daughter very happy with everything. We have some idea of what we’re doing.”

This was also Scott’s first victory since Stevie Williams left him as a full-time caddie.

Last year, Scott looked out of sorts adjusting to so many changes in his life and game. There was the birth of his daughter near the year’s start, there was life without Williams regularly on his bag, and there was the juggling act trying to prepare for life without the long putter. He went to the short putter about this time a year ago trying to get ready for the anchoring ban, but he struggled and went back to the long putter. It only created more questions about how much he was depending on anchoring the broomstick. The truth is, Scott said he wasn't putting well with a short or long putter last year.

So Scott proved a lot Sunday at PGA National, not just to skeptics, but himself.

“Again, it just reassures me I'm on the right track with the things I'm doing on the greens,” Scott said. “I'm just going to try and get better every week. I think it's in a great spot at the moment. If I can get better and better, then I like what's to come.”