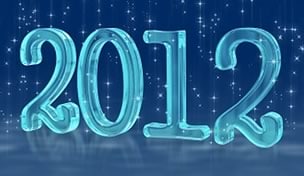 Getty Images
LOUISVILLE, KY - SEPTEMBER 14: Chairs lay on the ground as the course is damaged by high winds prior to the 37th Ryder Cup at Valhalla Golf Club on September 14, 2008 in Louisville, Kentucky. (Photo by Andy Lyons/Getty Images)  -

I resolve to consider the possibility of perhaps someday potentially having a discussion about making a decision on my 20-year-old set of Ping irons that my wife would like me to clear out of the garage.

I resolve just once to get up as early and enthusiastically to clean out the garage as I do to play golf.

I resolve to throw away or donate the dozens of golf hats in my closet that have no sentimental value, except of course my favorite, the one that says Larry’s Plumbing Supplies.

I resolve to take smaller divots out of the ceiling.

I resolve to swing as well with my driver as I do with my umbrella, which feels so good in my hands.

I resolve to eat tofu salads after rounds instead of bacon cheeseburgers.

I resolve to throw away or donate the dozens of old golf shirts in my closet that have no sentimental value, except of course my favorite, the one from the 1983 Larry’s Plumbing Supplies Modified Scramble.

I resolve to change swing theories less frequently than I change channels.

I resolve to have at least one discussion about Martin Laird for every 10 discussions I have about Tiger Woods.

I resolve to say no to the long putter, until I miss two 3-footers in a row.

I resolve to never give in to negative thoughts, until I miss two 3-footers in a row.

I resolve to throw away or donate all the golf scorecards strewn about the house, except of course the ones with great significance, like the 84 I shot in the Larry’s Plumbing Supplies Modified Scramble.

I resolve to say “I flighted the ball very well today” at least once in response to the question, “How’d you play?”

I resolve to flight the ball less often toward the woods and lakes and bunkers and more toward fairways and greens.

I resolve to figure out exactly how to make one proper swing with the Medicus.

I resolve to throw out any old golf glove that’s now crunchier than a Snyder’s Sourdough Pretzel.

I resolve to finally make that call to the AAL, the American Association of Librarians, to catalogue my Golf Digest magazines dating back to 1964.

I resolve to finally repair all the broken little toothpick golf clubs that have come off my many important trophies, starting with my most coveted, the 1975 Berkleigh CC Better Ball that I won with Elmer Hertzmark after Barney Goldstein stubbed his putt from 2 feet.

I resolve to keep playing this game no matter how absurd and insane and ridiculous it gets, because what else am I going to do with myself … clean the garage?