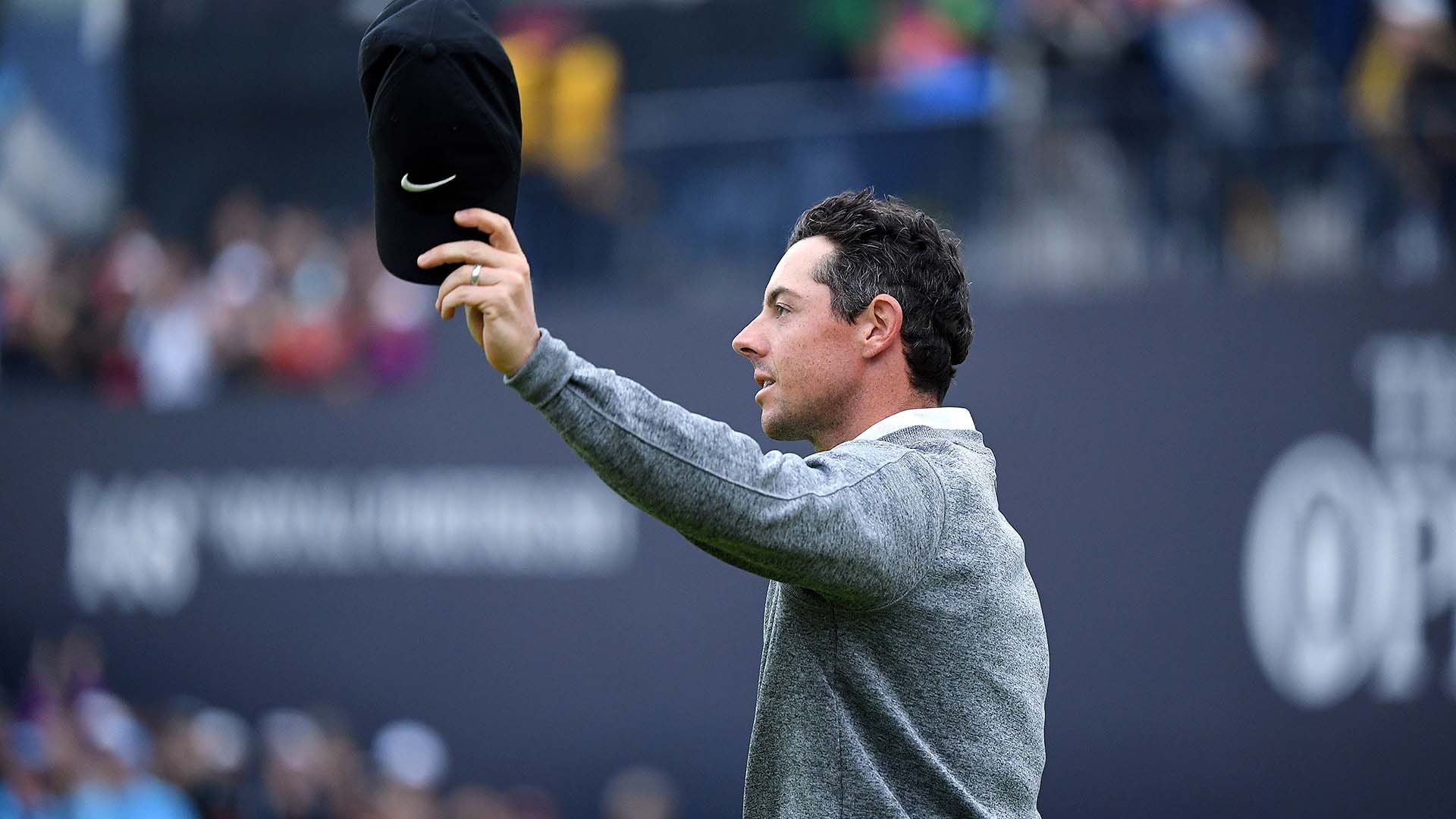 PORTRUSH, Northern Ireland – With fans sprinting down and around the dunes, trying to will their favorite son to the weekend, it sure didn’t feel like a lost cause. That’s what Rory McIlroy feared when he arrived at Royal Portrush on Friday afternoon. That the opening 79 he’d fired here would relegate him to a bit player in what was supposed to be his show.

But on a cool, overcast afternoon along the Causeway Coast, the locals turned out for McIlroy, turned out by the thousands, and by the time he made the turn, all hell had broken loose as they scrambled just to catch a glimpse of the erstwhile Boy Wonder.

Oh, the mistakes to rue: The out-of-bounds tee shot and opening quadruple bogey. The 1 ½-foot miss. The closing triple. But after retiring to his rental house Thursday night, McIlroy didn’t beat himself up for squandering the one and only chance he’ll get to play a Portrush Open in his prime. He didn’t sift through the coverage of his shocking round, or listen to the TV analysts, one of whom opined that his five-year run of slow starts and underperforming in majors was, in essence, “choking.” No, he and wife Erica downed a bottle of wine and blew through the first few episodes of “The Sinner,” just like any other night.

McIlroy described that 8-over 79 as a “blip,” and indeed, in the big picture, it was. It was his highest score of the year – by four. It was a startling run of waywardness for the player who leads the PGA Tour in ball-striking. But anomaly or not, it happened, and it was crushing, and it spectacularly ended his chances here in the most important tournament he’ll likely ever play.

Worried about the reaction a day later, McIlroy’s fears were eased by a raucous scene on a first tee that was ringed with fans, all eager to root on the local hero. “I was doing it just as much for them as I was for me,” he said.

And so for them, McIlroy put on a show, going 5 under in his first 12 holes to scare the cut line. A dropped shot was erased with a 20-footer for birdie on 14, and then he threw a dart into 16 to set up another chance to move one closer. By then the fans had crowded onto the hillside, lustily cheering him on as he strutted toward the green, and then they exploded when the 8-footer dove into the cup. McIlroy pumped his fist, and suddenly he was 6 under for the day, just a single shot off the cut line.

“Today was probably one of the most fun rounds of golf I’ve ever played,” he said.

McIlroy would have loved to keep his drive on 17 from drifting right, into the hay, leaving a tough approach over the edge of a bunker. He would have loved to hang his second shot into 18 just a few yards farther right. More than anything, he would have loved to play two more rounds here at Royal Portrush, on the same links where he once set the course record with a sizzling 61. Instead, in front of a packed grandstand at 8:10 p.m., he settled for a standing ovation after he rapped in his par putt, the final stroke of a Friday 65 that left him one measly shot above the cut line.

“It’s a moment I envisaged for the last few years,” he said. “It just happened two days early.”

McIlroy’s major season is over, but one of the busiest stretches of his year is just beginning. He’ll compete in another eight to 10 tournaments until the end of 2019, but never will he feel the pressure or the expectation or the adoration quite like this.

“It’s going to be a tough one to get over,” he said. “It’s mixed emotions. There’s a lot of stuff going on right now.”

He was disappointed, because he won’t be around for the weekend.

He was proud, because of how he responded from his shocking start.

And he was full of gratitude, for the fans who pushed him to the end, but also to the R&A officials who brought golf’s oldest championship back to this divided country, back to McIlroy’s home, after 68 years.

These days McIlroy spends much of the year in the States, in the South Florida compound that he’s built to usher in his 30s, but this homecoming proved deeply emotional, even in defeat.

“It’s been an eye-opener for me,” he said. “Sometimes you’re so far away and you forget about all of the people that are cheering you on back home. Then you come and play in front of them, it definitely hit me like a ton of bricks.”