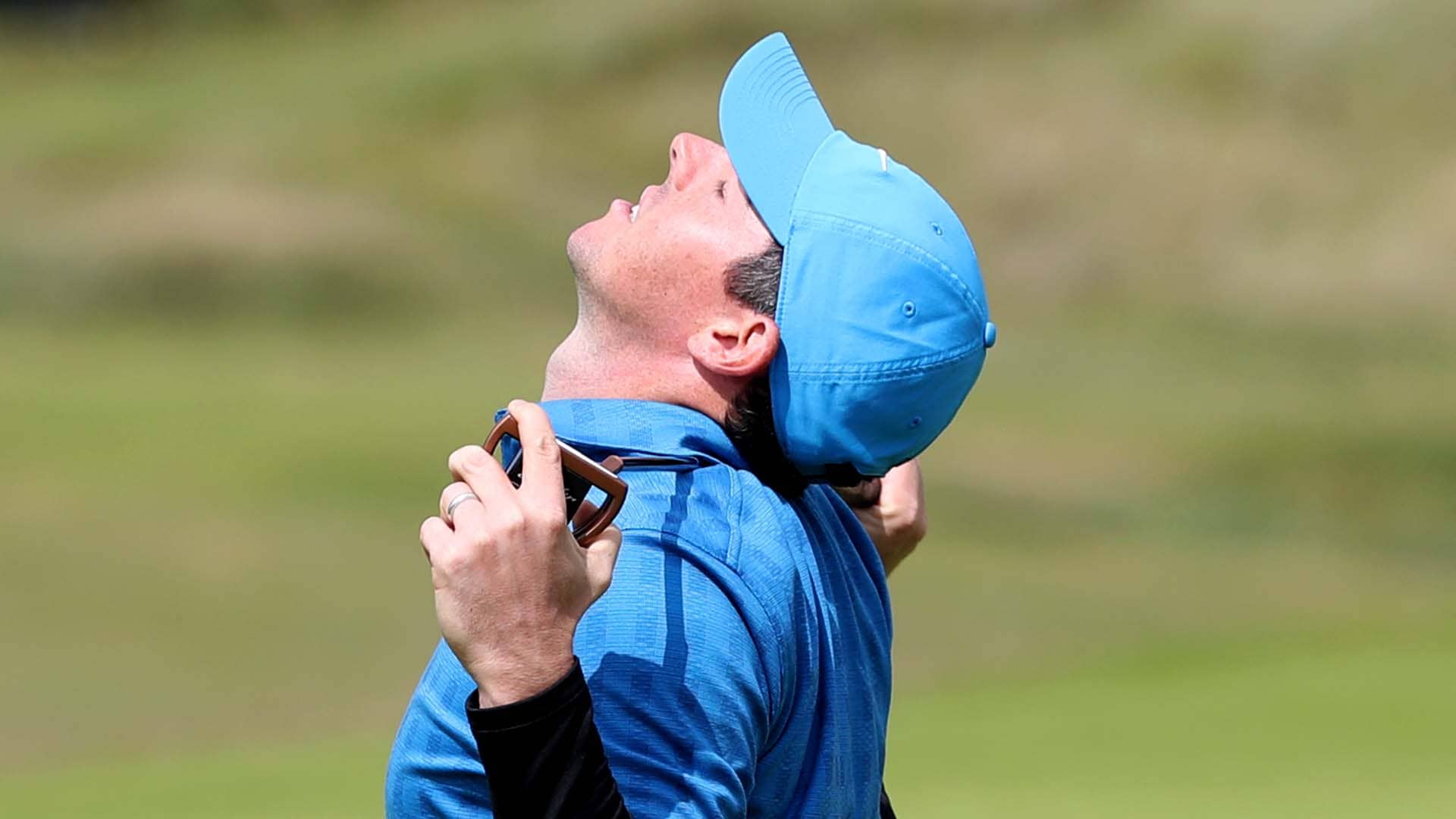 Rory McIlroy's 148th Open Championship got off to a nightmare start Thursday. It didn't get much better.

The championship favorite began his opening round at Royal Portrush with a quadruple bogey on the par-4 first hole, and he quickly dug himself a 5-over hole after three holes. After a couple of birdies, at Nos. 7 and 9, McIlroy gave them back in stunning fashion at the par-3 16th.

McIlroy left himself 3 feet for par at No. 16, only to softly lip out the par save. McIlroy frustratedly went to tap in for bogey, but his ball brutally lipped out.

The double bogey dropped McIlroy back to 5 over, and two holes later he closed with triple bogey to cap a shocking 8-over 79.