Els complimentary of Woods, but still wants to 'kick their asses' 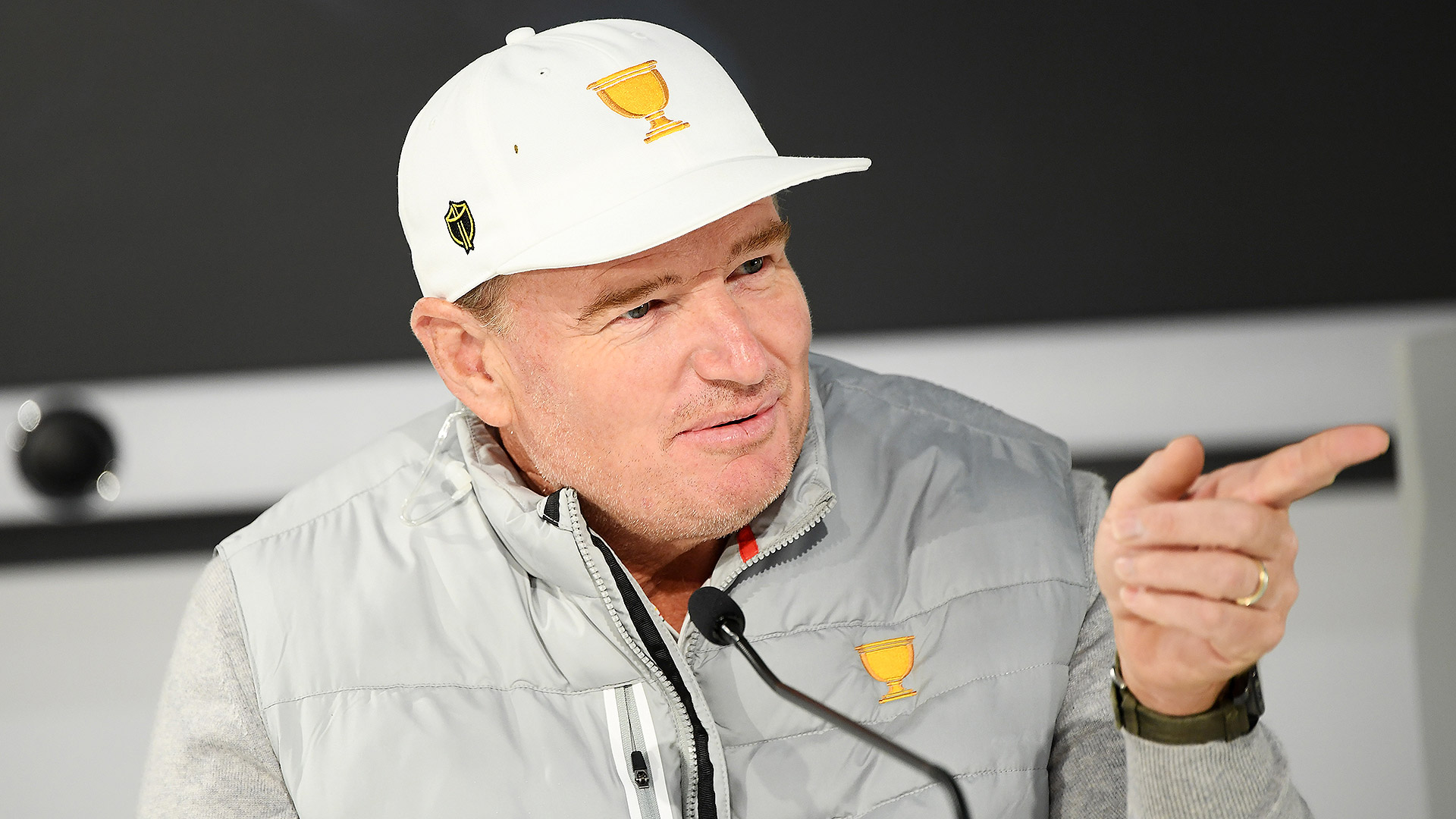 MELBOURNE, Australia – No one in the game respects Tiger Woods more than Ernie Els. The two have battled it out at various times over the past two decades and they’ll square off this week at Royal Melbourne as captains of their respective Presidents Cup teams.

Els took a moment to reflect on Tuesday, and shared thoughts about his time spent with Woods over the years.

“It was a privilege to compete against him,” Els said. “Very proud to have played with and against Tiger, and after all these years, to be friends with him is another privilege. It’s been a long ride.

“I’ve known Tiger since the early ‘90s when he was still a junior player, and we’ve shared a lot of moments together. A lot of tournaments come through my mind now where I’ve came close and lost to him, but there was a couple where I got him.” 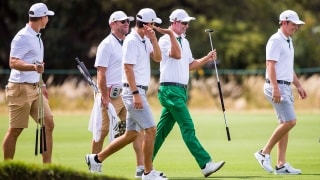 Here's how the Internationals can win the Presidents Cup

It won't be easy and it will require a lot of things to fall their way, but here's how the International team can win the Presidents Cup.

Els’ biggest victory over Woods came in 2002 where he held off a Sunday charge from Woods to win the Genuity Championship at Doral. Woods clipped Els much more often during the past 20 years. In fact, it was Els who tied for second at the 2000 U.S. Open – 15 shots behind Woods – and famously said, “If you put Old Tom Morris out there today, Tiger Woods probably would beat him by 80 shots.”

As for the Presidents Cup, the two are mostly known for the 2003 singles match in South Africa where the score was tied at 17 at the end of the session. Woods had already dusted Els, 4 and 3, but they were selected to go out and play in a playoff to decide the cup. They halved each of the first three playoff holes and, with darkness near, it was decided by captains that the cup would be shared for the first and only time in history.

“Where the game of golf has gone in the last 25 years is just remarkable, and it could not be where it is today if it wasn't for Tiger Woods,” Els said. “So, with all that being said and done, you know, we'd like to kick their asses this week here at home.”