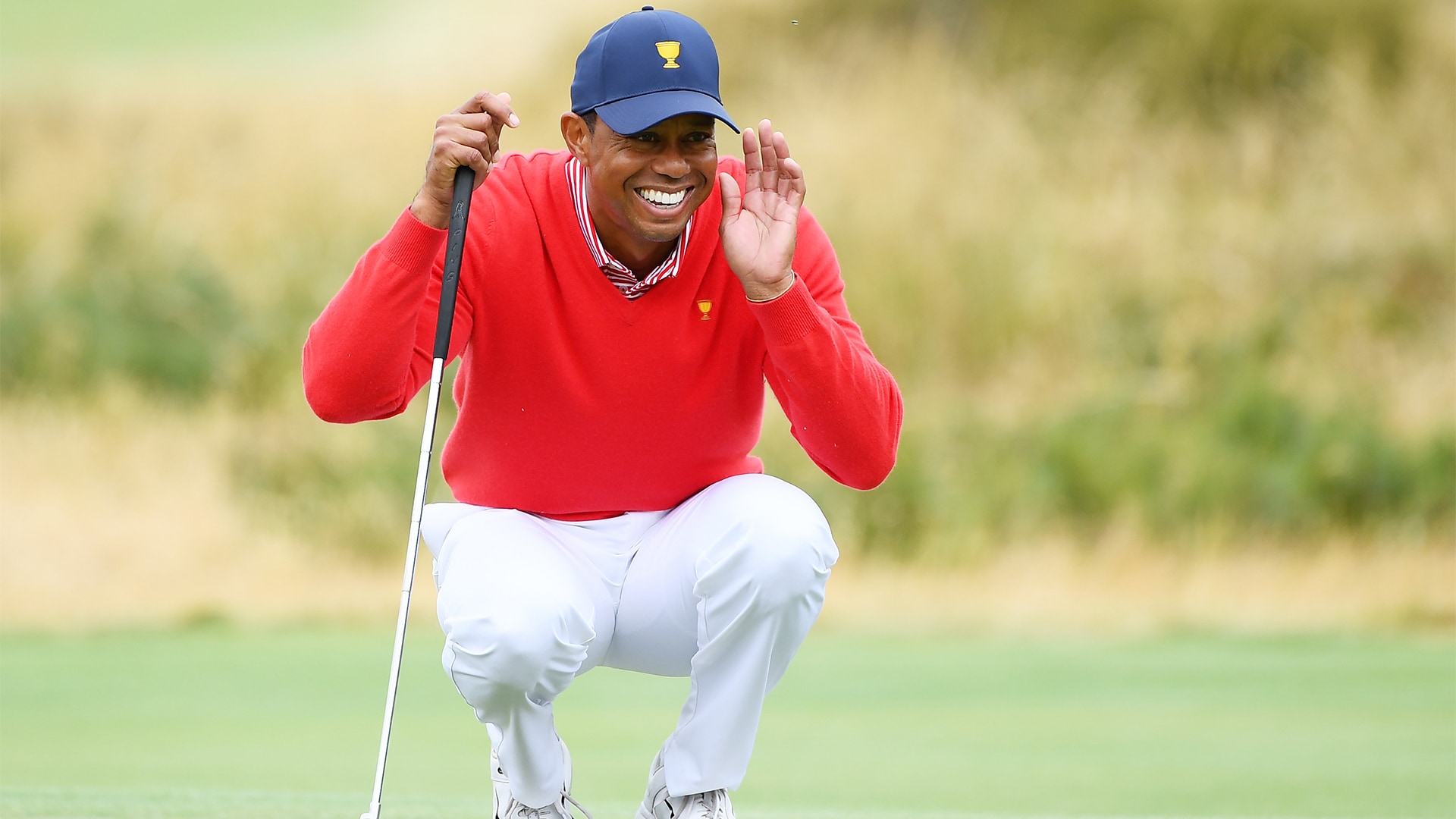 MELBOURNE, Australia – The Internationals hold a 4-1 advantage after the opening fourball session Thursday at the Presidents Cup at Royal Melbourne.

But now we’re onto Friday foursomes, a format in which the Americans hold a 45-17 lead over the Internationals over the last six Presidents Cups.

International captain Ernie Els pitted his most-experienced duo, Louis Oosthuizen and Adam Scott, in the first match against Dustin Johnson and Matt Kuchar. Els also did not put Haotong Li in the rotation, meaning he won’t play in either of the first two sessions.

U.S. captain Tiger Woods put himself out with Justin Thomas in the day’s fourth match against Ben An and Hideki Matsuyama. Bryson DeChambeau and Tony Finau will sit for the Americans.

Here is the breakdown of how Rex Hoggard and Jay Coffin see the day unfolding:

HOGGARD: International captain Ernie Els appears to be looking to make a statement with his Day 2 starters. Scott and Oosthuizen are his team’s veteran leaders and both played solid on Day 1. The goal here is another early point and Scott and Oosthuizen don’t disappoint on their way to an easy victory.

COFFIN: Kuchar didn’t play the first day and DJ didn’t play well. Els sent a message by putting out his veteran studs first because he knows that they’re going to take down two strong American horses to earn the first point of the day. The International team is too strong and too motivated. They will not lose this match.

HOGGARD: Although Schauffele and Cantlay lost Thursday, they both played well as evidenced by Woods’ decision to send them back out. Niemann looked shaky early in his Thursday outing, and the alternate-shot format won’t make things any easier for the rookie. The U.S. rolls in this one.

COFFIN: This match could go either way and is difficult to predict because there is not a lot of experience. If the Internationals win the first match it’s already a virtual must for the Americans to win this one. Schauffele and Cantlay may thrive in this format more than fourballs. They find a way to win a squeaker.

HOGGARD: Thinking this is going to be the day’s best match with Ancer looking to build on his play on Day 1 and Reed keen to rebound from a rare loss. This will go the distance but Captain America will sink a putt on No. 18 for the victory.

COFFIN: Oosthuizen could not say enough great things about how well Ancer played with him Thursday. He was raving about him. He’s steady and unafraid and that will rub off on Leishman who did not drive the ball well in his first match. Ancer will be the answer and the Internationals win another point. 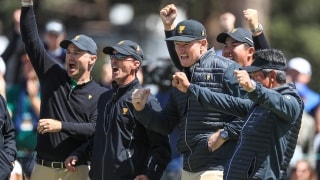 Intl's dominate fourballs, but no celebrations yet

Ernie Els' International squad jumped out to a historic lead after Thursday fourballs, and while they will savor the success, the attention quickly turns to replicating that the rest of the week.

HOGGARD: An and Matsuyama looked solid during Thursday’s fourball session but they won’t have an answer for Woods, who made six birdies on Day 1. It’s also safe to say Thomas will have a better day and the Americans cruise to victory.

COFFIN: If Matsuyama putts like he did Thursday this team could be a problem for Tiger and JT. But Tiger found something in partnering with JT, and it’s hard to envision a scenario where JT will play poorly for a second consecutive day. Tiger was the best player on the course. They win a close match to go 2-0 on the week.

HOGGARD: After sitting Thursday, Smith gives the home crowd something to cheer about and Im continues his stellar play. Combined with Woodland’s struggles on the greens and Fowler’s rusty game, the Internationals win handily, but the U.S. wins the session, 3-2. Internationals will lead 6-4 overall.

COFFIN: With the session tied at 2 at this point, the winner of this match will determine the overall winner of the session. It’ll be Smith’s first action and alternate shot will be difficult for him. Woodland didn’t play well on Thursday, but he and Rickie will team to be steady enough to pull out victory. Americans will win the session 3-2, and the overall score will be 6-4 in favor of the Internationals.