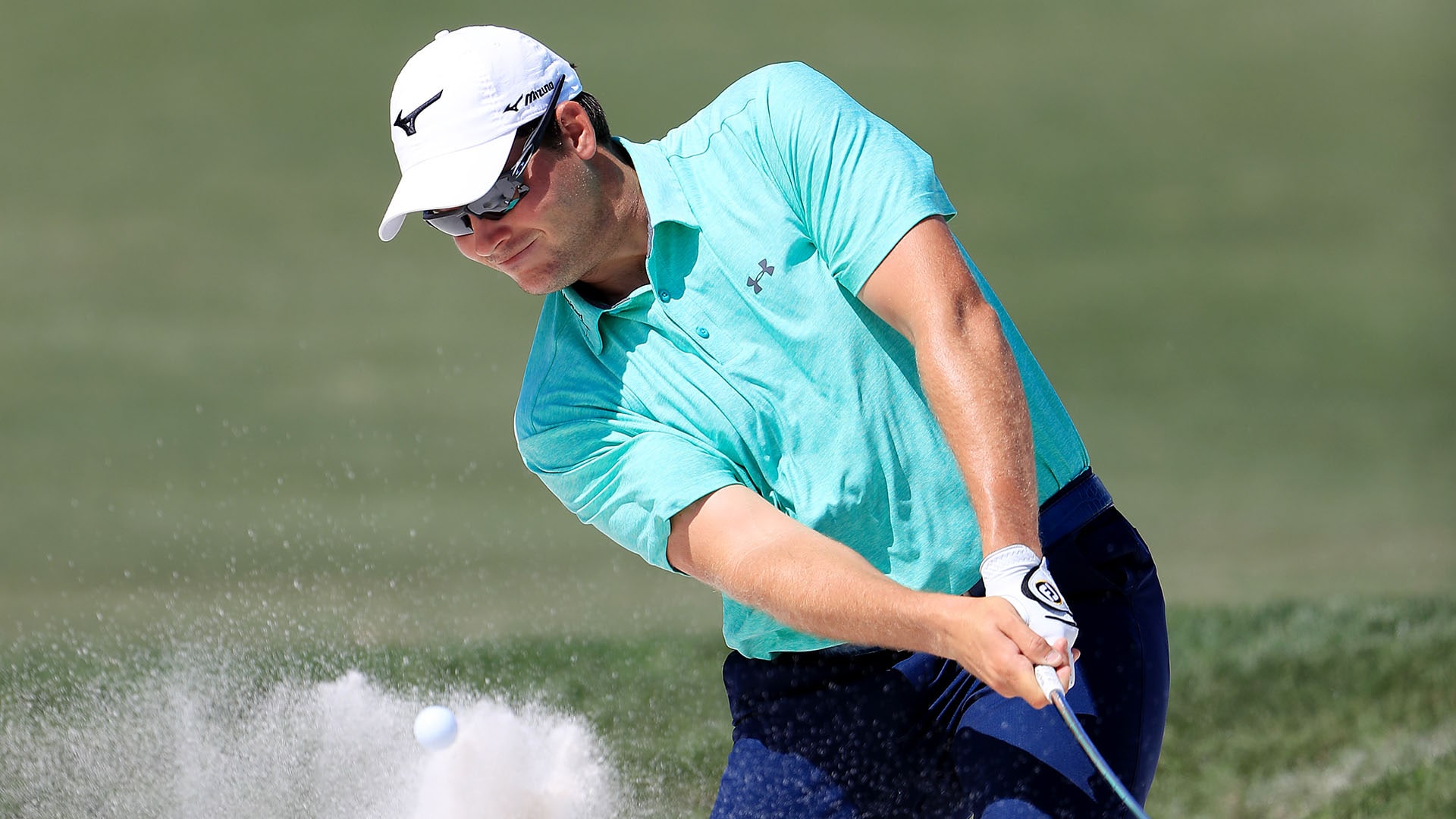 PALM BEACH GARDENS, Fla. – Adam Schenk said his caddie wasn’t lining him up in the video footage at the Honda Classic that led to his two-shot penalty for violating the new rule designed to prevent caddies from aligning players.

He said he was talking to his caddie about where to land the bunker shot he faced at the 17th green in Friday’s second round, the shot that led to the retroactive penalty, assessed 40 minutes before he teed it up in Saturday’s third round.

Mark Carens, Schenk’s caddie, said he moved behind Schenk to talk about the shot, because there was no other place to stand, with Schenk in the bunker and with the noise coming from the party pavilion making it difficult to converse from a distance.

“The intention was never to cheat,” Schenk said. “So, we were just talking about chunking it in front of us, or leaving it in the rough, or the bunker, so that's what we were talking about.”

Schenk made bogey there, but it was changed to a triple bogey before the third round began. Schenk said he was informed by a rules official on the driving range 40 minutes before he teed it up on Saturday. The official showed him the violation on an iPhone.

Schenk will begin Sunday’s final round three shots off the lead. He would be a shot back if not for the penalty.

How was the violation discovered? Schenk said he assumed it may have been discovered in the television broadcast, but he wasn’t certain. “It was brought to our attention,” a Tour spokesman said. The rules staff would provide no other details on the source of the discovery.

“The penalty occurred as a result of Adam’s caddie standing behind him once he took his stance, but not taking any action subsequently that would absolve him of penalty, for example backing out of his stance,” the PGA Tour said in a statement.

“It was just a really tough shot,” Carens said. “We were just talking about where to land it, to have the best chance to make four.

Carens was frustrated, believing the environment dictated where he needed to be to do his job.

Rule 10.2b(4) is a new rule restricting where a caddie can stand behind a player. Controversies over its enforcement created a player backlash early this season. After Denny McCarthy was penalized for a clearly unintentional violation at the Waste Management Phoenix Open four weeks ago, the PGA Tour took the unusual step of rescinding the penalty a day later. The USGA and R&A then suspended the rule, until clarifying a few days later. The clarification was designed to prevent penalties for caddies standing behind their players without “deliberate” intent to align them.

“I was upset,” Schenk said when asked how he reacted to news he was being penalized. “I felt like I was polite. But I was just asking questions, and after a couple questions I was just like, I'm just going to get a two-shot penalty, so I might as well just go warm up . . .

“I just tried to put it out of my mind.”