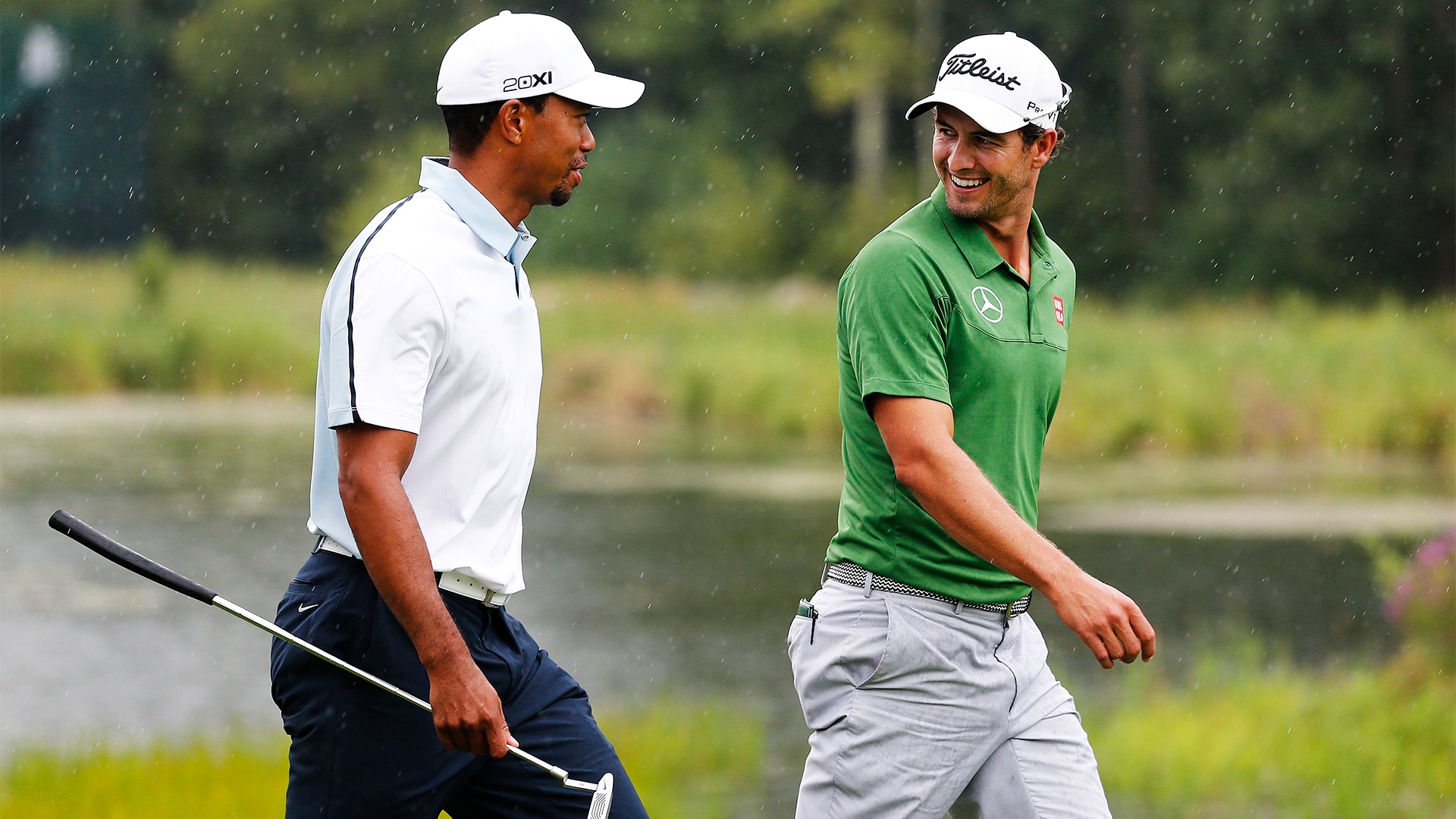 As Adam Scott prepares for another shot at the Presidents Cup in front of partisan crowds, he has a word of advice for the throngs of Australian golf fans that will line the fairways and greens this month at Royal Melbourne: don't cheer for Tiger Woods.

Woods will be making a rare appearance in Australia, his first since the 2011 matches at Royal Melbourne, as he becomes the first playing captain in the biennial affair since Hale Irwin in 1994. While Scott concedes that Woods will be a big draw along the Sand Belt, whether he's playing a match or simply driving a cart, he told the Herald Sun in Melbourne that he hopes fans in attendance help to maximize the home team's edge.

"Last time it was too friendly," Scott said. "Quite bluntly, we want the home-crowd advantage, and I'll be disappointed if they are cheering enthusiastically for Tiger or anyone on the U.S. team." 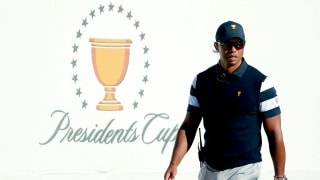 Tiger Woods has determined who is on his team, but has he figured out with whom he'll partner? Here's a ranking of his 11 possible candidates.

On the verge of his eighth Presidents Cup appearance, Scott is well aware that his International side will likely need all the help they can get. While the two teams played to a memorable draw in 2003 during his debut appearance, Scott has since participated in seven straight matches without lifting the cup. That includes two years ago at Liberty National, when the Americans built an 11-point lead on Saturday and nearly clinched victory before Sunday's singles matches.

Scott will be a veteran presence in captain Ernie Els' International team room, as the 12-man roster will now feature seven rookies following the injury withdrawal of Jason Day and subsequent addition of Byeong-Hun An. Royal Melbourne remains the site of the lone International victory in the event's 25-year history, but that was in 1998 when many of the players on both rosters were in grade school.

Scott will participate in both next week's Australian Open and the Australian PGA around the Presidents Cup, which begins Dec. 12, but he remains eager to help turn the tide of an otherwise lopsided competition by any available means - including the behavior of those outside the ropes.

"I'm not saying be a poor sport, but one challenge our team has always had is gaining a home-soil advantage because it's rare that stars like Tiger and DJ (Dustin Johnson) come to Australia (2011) or Korea (2015) where we play these things and the locals are excited to see them as much as anyone on our team," Scott said. "But while we appreciate them very much, we don't have to cheer for them."