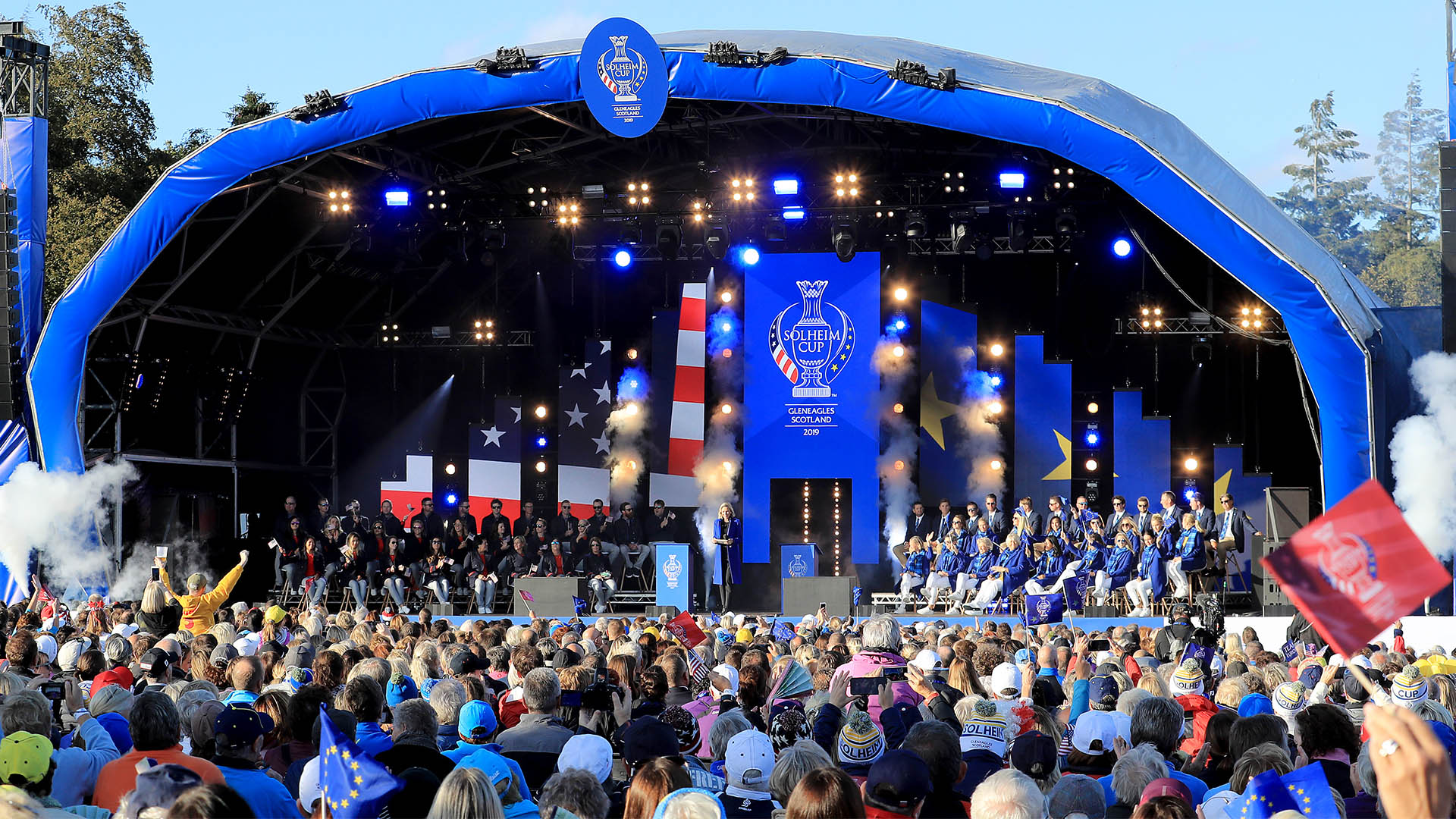 Four years ago, she presented her players red, white and blue lunch pails in Germany before her team orchestrated the biggest Sunday comeback in event history.

Two years ago, she gave out American-themed hard hats before the rout in Iowa.

At Gleneagles this week? She presented American-themed, construction-style worker vests.

“The theme has been the same for all her gifts,” said Lizette Salas, who is playing her fourth Solheim Cup. “We have a job to do, and somehow we’re going to get the job done.”

The work ahead may be tougher than an Inkster-led team has faced.

Scotland’s Catriona Matthew will be looking to keep Europe’s record perfect in Solheim Cup play in her homeland. The Euros won in the biggest upset in Solheim history in ’92 at Dalmahoy. Captain Mickey Walker’s squad was a massive underdog with the Americans 6-to-1 favorites but the Euros won in a rout. They won again at Loch Lomond in 2000.

Those U.S. Solheim Cup teams weren’t the only American teams to endure an ugly demise in Scotland.

The U.S. Ryder Cup team departed in contentious disarray back in 2014.

Phil Mickelson led a mutiny against captain Tom Watson in the wake of an embarrassing 16½ to 11½ rout.

While there is little chance Inkster loses the faith of American women, her team’s challenge is daunting.

Plus, there’s the challenge Inkster faces taking six Solheim Cup rookies on the road, more than any U.S. team has fielded since the inaugural competition in 1990, when everyone was a rookie.

And there’s the challenge they face in Scotland, the birthland of golf.

Nearly 6,000 fans packed the stands at Gleneagles in Thursday’s opening ceremony. The First Minister of Scotland, Nicola Sturgeon, told them that 100,000 fans were expected to attend the event over the next three days. 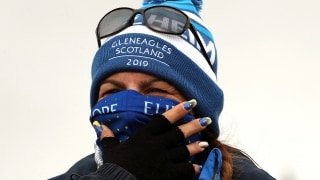 The host course for this week's Solheim Cup isn't a traditional links-style layout. But cold, windy Scottish conditions should favor the home team.

Especially for Matthew, 50, whose career is winding down.

“I am Scottish born and bred,” she told adoring Scottish fans during the opening ceremony. “I grew up playing in North Berwick and still live there with my family. I went to university just down the road in Stirling.”

Though Matthew is understated, she is respected as one of the most formidably prepared players on big stages. She won the Women’s British Open in 2009 at Royal Lytham & St. Annes. She is 18-11-8 in nine Solheim Cups, with her 22 points trailing only Laura Davies (25) and Annika Sorenstam (24) as most ever.

The Euros have won only five of the 15 Solheim Cups staged, but Matthew has been on three of those winning teams.

“I've always loved the Solheim Cup,” Matthew said. “It's been the highlight of my career, every two years, when it comes around. Some of my best moments have been in the Solheim, and I think to be a winning captain at Gleneagles in Scotland would rank just about above my British Open win.”

The women’s game doesn’t belong to the Americans and the Europeans the way it once did.

Asians are dominating this era and again this year. They’ve won 16 of the 26 LPGA events staged this year, four of the five majors.

But the Solheim Cup still shines as one of the game’s special stages, a place where the Americans and Europeans have combined to create more excitement than you seen in any other women’s golf event.

“Just go outside and see the crowds,” Norway’s Suzann Pettersen said of Thursday’s practice rounds. “I feel like the energy is already there.”

And the challenge not just to win, but to keep growing this event’s relevance on a world stage that seems to be crowding out the Americans and Europeans.