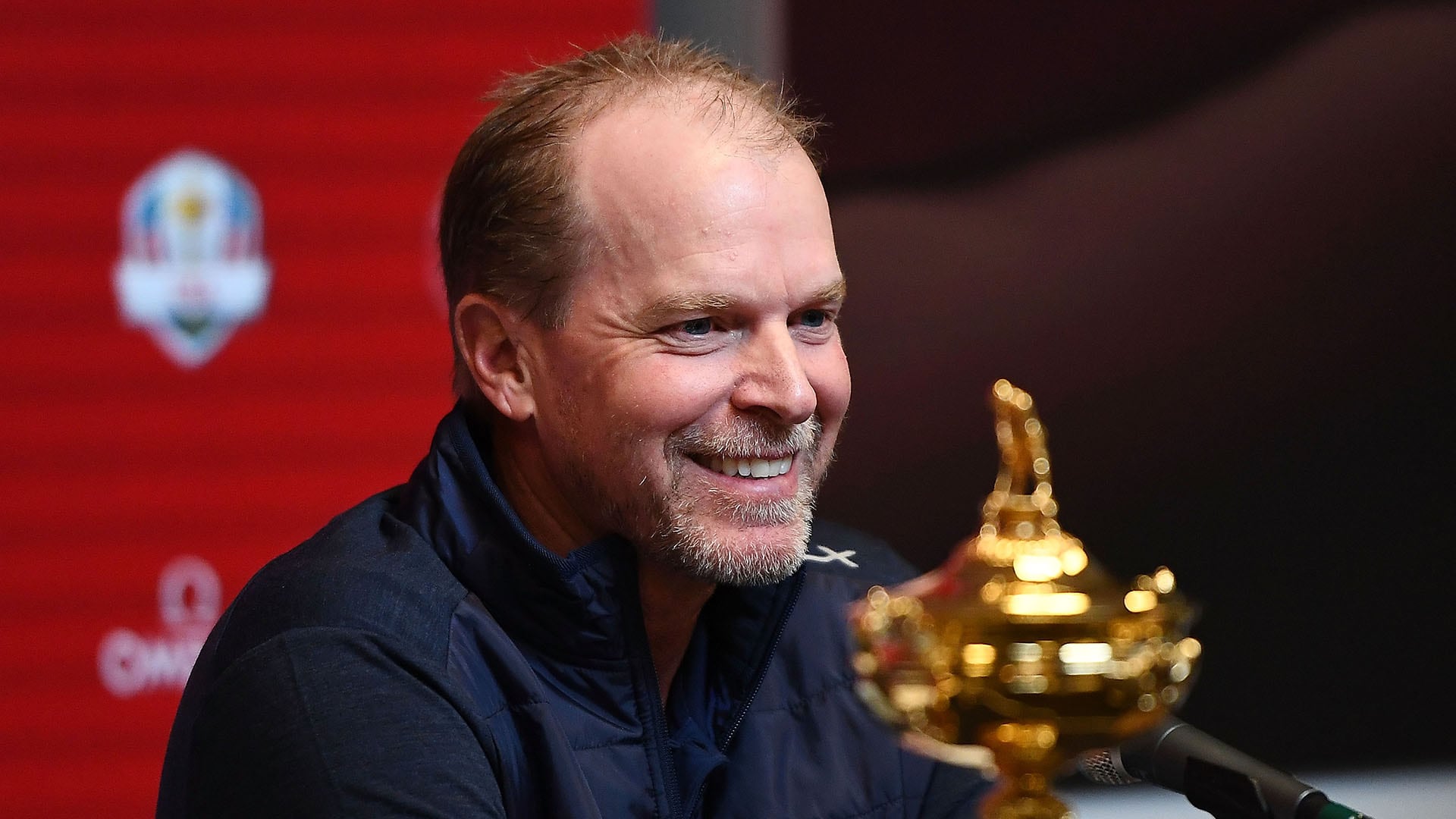 MEXICO CITY – This was set in motion more than four years ago when the desperation of another embarrassing American loss led to extreme actions.

Whether the invention of the U.S. Ryder Cup task force was a revolution or simply a reorganization is best left to the historians, but that path has now led directly to Steve Stricker’s doorstep.

This was an entirely new approach to picking U.S. captains, ripped directly from the European’s playbook that fixated less on resumes and individual accomplishments and more on the needs of the team and the fundamental principles of leadership.

Before that embarrassing loss to the Europeans at Gleneagles in Scotland in 2014, American captains were plucked from a predictable mold. You were 50-something and a major championship winner with an unquestionable Ryder Cup record. While those qualifications may have made a player a household name it didn’t always mean they were good leaders.

The Continent had long taken a different approach. Consider Paul McGinley, who led Europe to that convincing victory in ’14. The Irishman won a grand total of four titles on the European Tour, and none in the United States, and had a 2-2-5 Ryder Cup record in three starts and yet is among Europe’s best captains.

Lavish pedigrees sound impressive at the opening ceremony but have proven meaningless when a player trades his golf clubs for a captain’s golf cart and a walkie-talkie.

Now consider Stricker, who was named the 2020 U.S. team captain on Wednesday, to no one’s surprise. He’s never won a major, never been world No. 1, never won a money title and perhaps his greatest accomplishment may be winning the PGA Tour’s Comeback Player of the Year ... in consecutive years, no less.

He doesn’t carry the gravitas of a Davis Love III or Curtis Strange and he doesn’t try to. Stricker is as middle America as cheese curds and deer hunting.

While some would see his back-to-back Comeback Player of the Year awards as a back-handed compliment, it demonstrates the exact kind of perseverance that a modern captaincy demands. From injury to wayward driving, few in the game have reached rock bottom – twice – and climbed back to Tour winner.

“He’s a competitor, so he’s not going to be afraid to step up and say what he thinks,” said Jimmy Johnson, Stricker’s former caddie who now works for Justin Thomas. “That shows a lot. He’s a grinder and he never gives up. The entire time I was with him he never gave up.”

The task force, which has been transformed to a committee, set out with the notion that captains would be groomed regardless of resume, from Ryder Cup and Presidents Cup vice captains all the way to the top spot. It was the kind of apprenticeship that the Europeans had long perfected and it wasn’t long after that ’14 loss in Scotland that Stricker, a Wisconsin native, became the obvious choice for next year’s matches, which will be played at Whistling Straits in Kohler, Wis.

Not that Stricker believed it.

“I was first kind of penciled in for 2020, but that was five years away at the time. And even then, I was thinking, well, they are not going to have me, having not won a major,” Stricker admitted on Wednesday. “But as it got further along and me putting in time with these other teams and being a captain at the Presidents Cup a couple years ago, it just started to kind of make sense.”

For those who made the decision to make Stricker the first U.S. Ryder Cup captain without a major on his bio it was an easy choice regardless of the historical implications.

“He was the overwhelming choice by all of us on the committee,” said Tiger Woods, who is a member of the Ryder Cup committee that selected Stricker, along with 2018 captain Jim Furyk, Zach Johnson and three PGA of America officers [Suzy Whaley, Jim Richerson and Seth Waugh]. “What he has done as the leader both in the Presidents Cups and Ryder Cups has been tremendous, and we just thought that with his leadership and the way the guys follow Stricks, we thought that he would be the best captain. The players were unanimous.”

There is no doubt Stricker will be a “players’ captain,” universally liked and able to connect with every generation, from Woods to Thomas.

“I have never seen someone so excited. He couldn't have been more fired up, ‘Like let's go, this is going to be the turning point, your match is important,’” recalled Brooks Koepka, who was in Stricker’s pod at last year’s Ryder Cup. “He makes you get fired up, makes you feel like everything you're doing is very important.”

There’s nothing about Stricker that screams trailblazer, but his appointment officially broke the mold for the U.S. team and put the American side on an entirely new path.