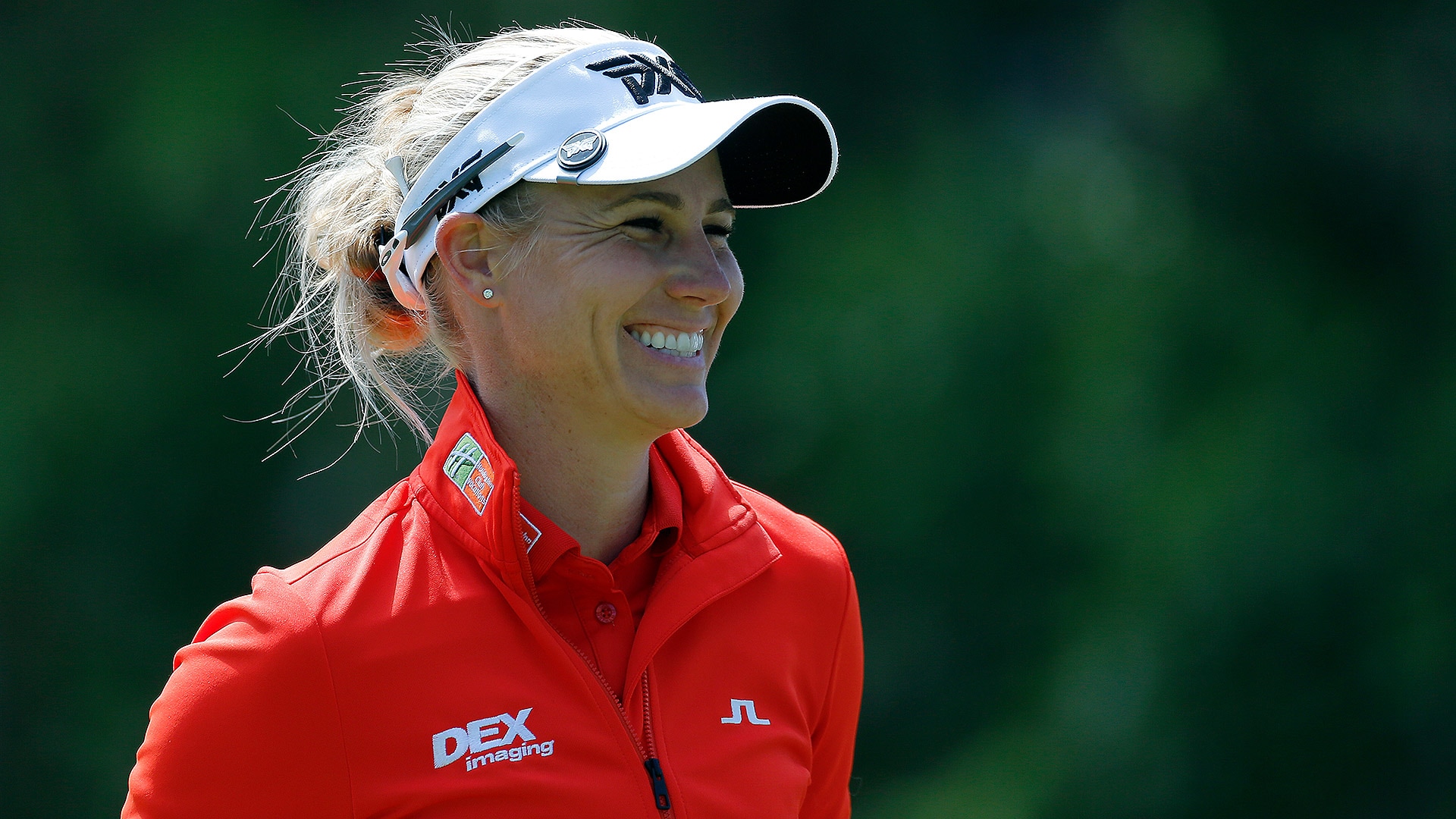 Ryann O’Toole isn’t sure what lies ahead with the coronavirus pandemic continuing to wreak havoc around the world, but she’s enjoying a reflective look back this week.

As one of Golf Channel’s “Big Break” reality TV stars, she is enjoying the marathon replay of the 2010 Sandals Resort episodes on Monday.

O’Toole joined the all-female cast in those episodes not fully realizing the impact it would have on her, even today.

“As long as I’ve been on tour, people still remember me for “Big Break,”” O’Toole said. “It’s amazing the impact reality TV has on our society, how people get to know you as an individual. I felt like I gained so many fans and followers because of that show, who continue to follow me and my career.

“I learned a lot doing that. I learned how to speak in front of a camera, how to do interviews. I’m glad I did it.” 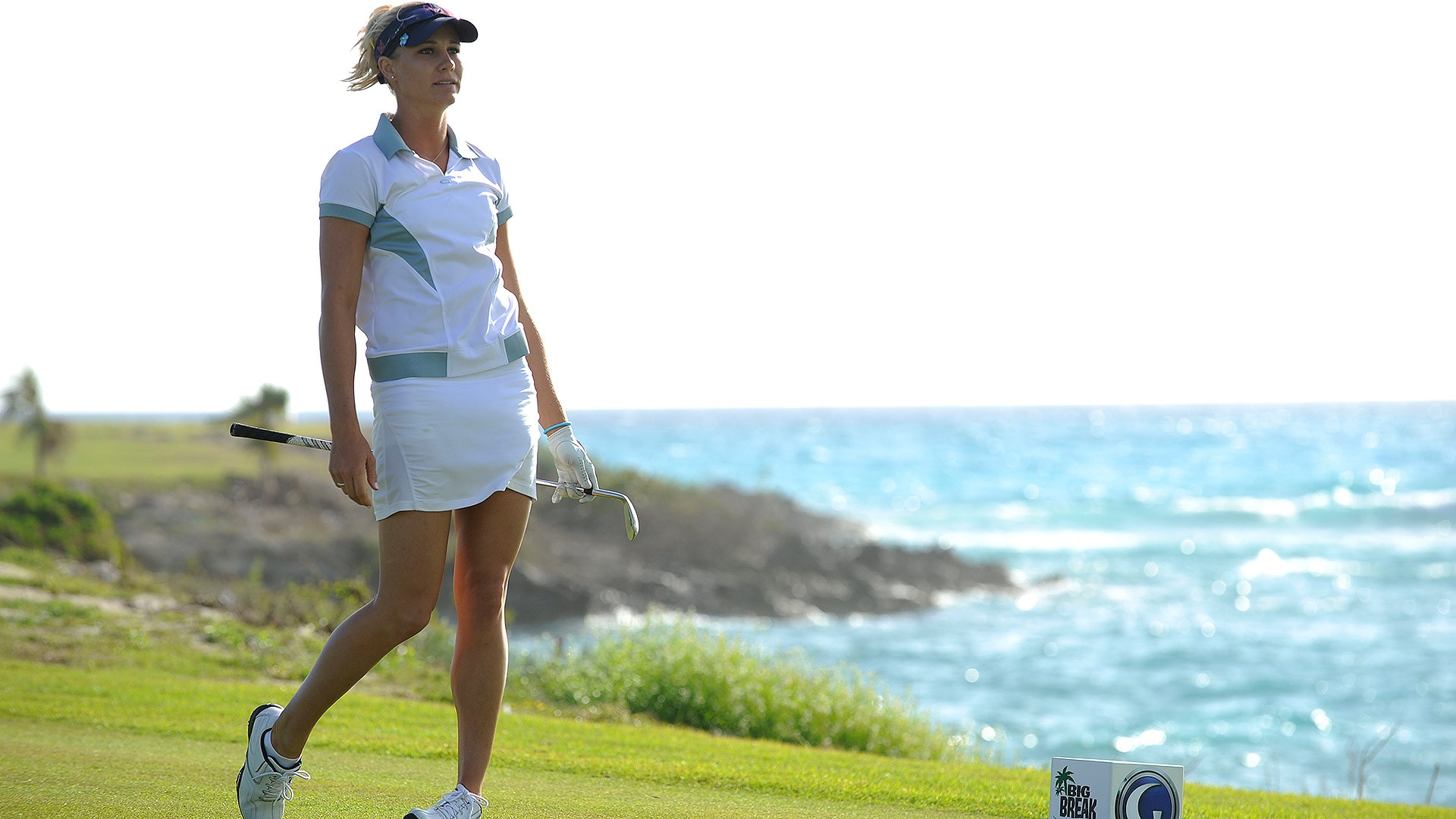 As a member of two golf clubs in Scottsdale, Arizona, she’s trying to keep her game sharp, but it’s difficult.

“I try to get a couple hours in a day, four or five days a week,” O’Toole said. “The hardest part is trying to find motivation when you don’t know when you are actually going to be going back. That’s the weirdest part.”

The next scheduled LPGA event is the Walmart NW Arkansas Championship, June 19-21.

O’Toole was born and raised in California and was eager to make the most of the West Coast swing this spring, but that’s been lost, with postponements or rescheduling of the Kia Classic, the ANA Inspiration, the Lotte Championship in Hawaii, the Hugel-Air Premia LA Open and the Mediheal Championship in San Francisco.

“I’ve been accepting it all, but in the beginning I was pretty bummed,” O’Toole said. “The West Coast swing is by far my favorite swing. They all feel like home events, and to watch them all get postponed really sucked. It’s nice to see, though, that sponsors are hanging in there with us.”

With an early end to her season in the fall of ’19, O’Toole was eager to put some changes into play this year, but she only got three starts before the coronavirus shut down play.

“The first couple events were about just seeing where my game was at,” O’Toole said. “I hadn’t played since our Dallas event in October. I didn’t play the Asian events last year or CME. It’s been a lot of time off, for the most part.”

That hasn’t been all bad.

“After 10 years on tour, I was starting to feel a little burned out,” O’Toole said.

So, she’s making the most of time to refresh her mind and spirit.

“I can’t tell you how long it’s been since I’ve had this much time at home,” O’Toole said. “It feels like we are constantly on the go as tour players. Life never stops, even in the off weeks. So, it’s been nice to have time to re-charge.

“I’ve been settling into this life. It’s going to be a little weird going back to the other life now. The slower pace, the simplicity of life, has been real nice.”

If you follow O’Toole on social media, you know from her Instagram posts how fit she is keeping herself, with a strict training regimen in the home gym she built last year.

“I can do everything at home that I would do in a gym,” she said.

O’Toole details her workouts on Instagram, including routines she created.

“I’m definitely staying up on that,” she said.

There also has been a lot of time with her four dogs: a golden retriever named Bogey, an English bulldog named Hank, a Yorkie named Tory and a goldendoodle named Chloe. You can meet them on her Instagram account.

There have been more side-by-side ATV adventures through the desert with her partner. You can glimpse those trips on O’Toole’s Instagram site, too. There have been card games, like Hearts, with family members online.

And there have been weekly softball workouts with social distancing at the park.

“Hitting and fielding with friends,” O’Toole said. “I’ve been enjoying that.”

She’s been binge watching “Outlander” on Netflix and “Little Fires Everywhere” on Hulu.

And now, she’s got “Big Break” to add to her TV viewing. (Click here to watch on GolfPass)

“It was fun being part of that,” she said. 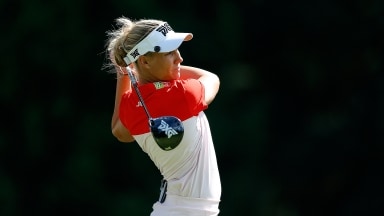 Ryann O’Toole caught fire Saturday at the Evian Championship, going where few women have gone before in major championship history. 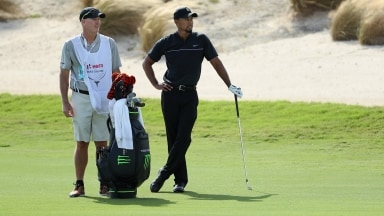 Fellow players were excited about watching Tiger Woods play again and took to Twitter to express their giddiness. 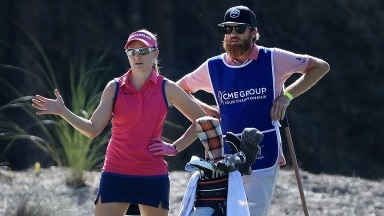 Ryann O’Toole has never played with Rolex world No. 1 Lydia Ko, but she will get her chance Saturday in the third round of the CME Group Tour Championship.