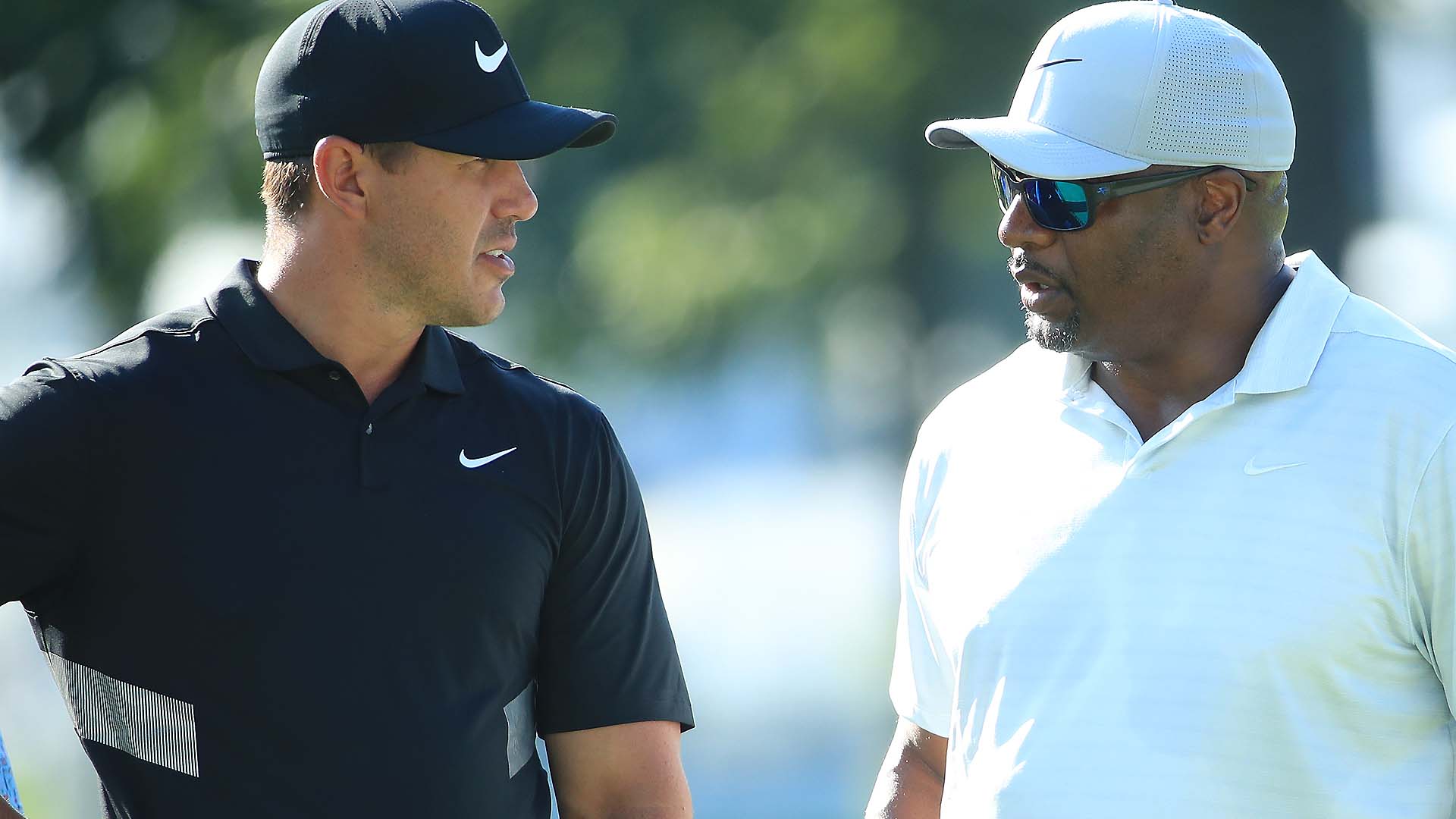 Koepka came to this conclusion after playing 18 holes with Jackson in the tournament pro-am.

When it was time to meet with the media after the round, Koepka was asked the obvious question, and he gave the obvious answer.

“Bo Knows,” Koepka responded. “It was fun to play with him. It was cool. Obviously, he's probably the greatest athlete ever, and it's cool to get to meet him.”

Also cool to see were Koepka’s spikes. The “Bo Knows” advertising campaign was a successful Nike creation from Jackson’s playing days as a two-sport athlete in football and baseball. Koepka, who also happens to be sponsored by Nike, played the round with “Brooks Knows” emblazoned on his shoes.

“I'll be wearing them this week,” he said. “It'll be fun, give a little tribute to him and hopefully can play well in them.”

After winning the Heisman Trophy while at Auburn in 1985, Jackson went on to play four seasons for the Los Angeles Raiders from 1987 to 1990. His Major League Baseball career from 1986 to 1994 included stints with the Kansas City Royals, Chicago White Sox and California Angels. The Pro Bowler and All-Star now resides in suburban Chicago.

Koepka said he spent parts of the round picking Jackson’s brain about his work ethic and how he took care of his body during his career.

As for Bo’s golf game: “Yeah, look at the size of him. He's going to hit the ball if he connects with it, and he did quite a few times,” Koepka said. “It was impressive to watch him play. Once he got going, yeah, the first four, five holes he didn't play that great, but then once he got going, it was pretty good.

“He's so athletic, and just talking to him, he's such a nice guy, and I enjoyed it today. I hope he did as much as I did.”