For Bryson DeChambeau, sweet dreams made of ... swing epiphanies? 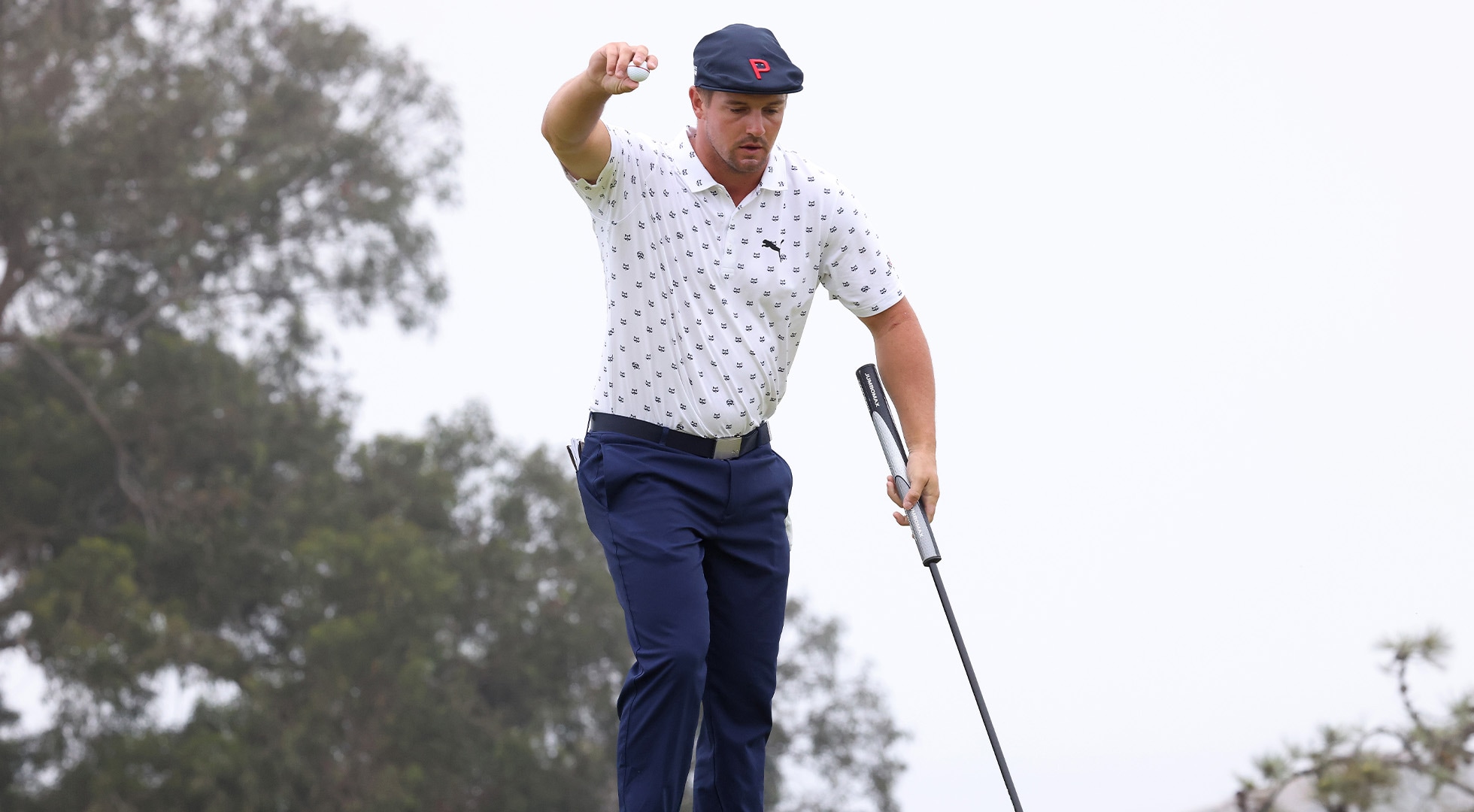 The difference this time was that DeChambeau didn’t find the answers he was looking for.

At least he didn’t find them in the Torrey Pines gloom.

“I didn't find anything,” said DeChambeau, who had to claw back just to open in 73. “I walked off pretty frustrated yesterday."

Instead, DeChambeau had a late dinner and tried to get some sleep before his 5:45 a.m. wake-up call, but that rest was interrupted with an epiphany.

“It's one of those things I was sleeping and it came to me in the middle of the night, woke up and I was like, hmm, I'm going to try this,” he said. “I went out, and my intuition is pretty good, so I went out and tried it and it worked.”

DeChambeau explained that he tried to keep his right wrist bent a little longer through impact, and the result was a better driving round, which included an eagle on the par-5 18th. The 2-under 69 Friday pushed him further into contention at even par.

The bigger concern for DeChambeau after the second round was his iron play and, predictably, he made a familiar trip to the practice range in his continued search for perfection.

“I feel like I've never won with my ‘A’ game in all areas,” he said. “I've won with certain parts of my game being in the ‘A’ game area, but for the most part my whole game hasn't been that way, and I want to see the day that I can have everything flowing on all cylinders.”