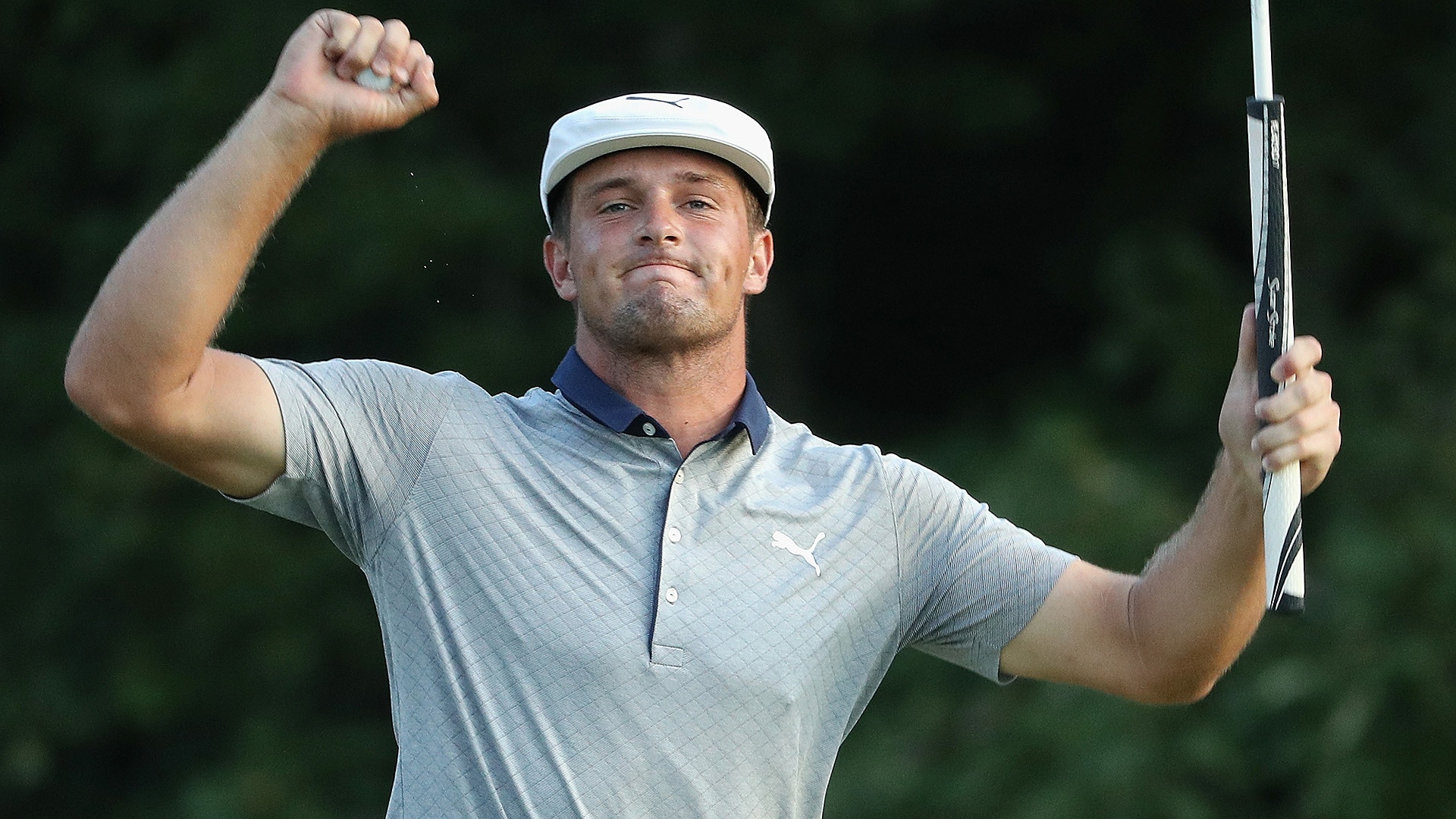 Bryson DeChambeau made it 2-for-2, winning his second consecutive event in the FedExCup Playoffs. DeChambeau prevailed by two shots in the Dell Technologies Championship. Here’s how things played out on Labor Day Monday at TPC Boston:

What it means: Bryson is legit. He’s had his peaks (two previous PGA Tour wins this year) and his valleys (PGA meltdown and the European Open incident), but he’s riding a massive wave right now. Calculate the math however you want; this cements DeChambeau’s spot on the U.S. Ryder Cup team and as one of the game's elite young stars.

Round of the day: Speaking of making things easy on U.S. captain Jim Furyk, Phil Mickelson shot 8-under 63 on Monday. It wasn’t good enough to get him a top-10 finish, but it was a little extra bling to sparkle in Furyk’s eyes. Finau's 68 didn't hurt his chances, either. Furyk will make three of his four captain’s picks on Tuesday at 5 p.m. ET (on Golf Channel).

Best of the rest: There were lower rounds than DeChambeau’s 67, but little is more impressive than shooting what is necessary to win on Sunday (or Monday, in this case). DeChambeau began the final round one shot off the lead and while the likes of Rose, Finau, Jordan Spieth and Rory McIlroy all challenged, the Mad Scientist never buckled.

Biggest disappointment: Abraham Ancer began the final round with the lead and shot 2-over 73. But it would have been a big ask for him to win his first PGA Tour event this week. On the other hand, more was expected out of Tiger Woods than a closing 71. Woods bogeyed No. 14 and double-bogeyed the par-3 16th to drop into a tie for 24th, costing him valuable FedExCup points in his bid to make the Tour Championship.

Shot of the day: The shot of the day wasn't actually a golf shot, but a shot to the heart. This is Fake Tiger Woods: