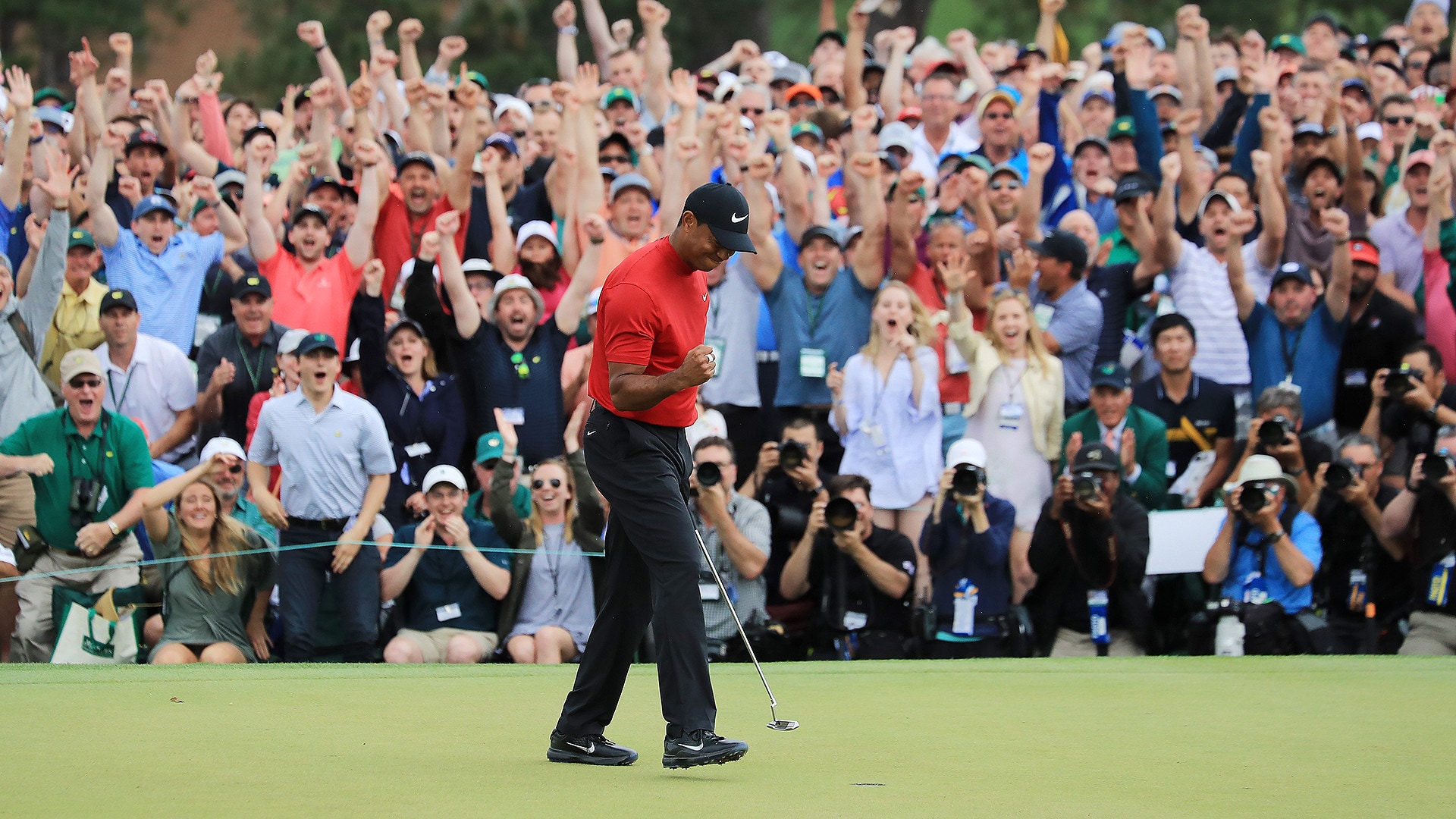 He made us rub our eyes again.

Tiger Woods made us wonder yet again if we could believe what we were seeing when he won the Masters in April to overcome challenges in his career that even he wasn’t sure could be conquered.

He has given us more surreal moments than any player in the modern era, both majestic and calamitous.

From his triumphant coronation winning the Masters by 12 shots in 1997, to those grainy photos at the back door of a sex rehab clinic in 2010, and from his sad stupor in that DUI police dashcam video two years ago, to his exultant slide back into a green jacket four months ago, Woods continues to stagger us with what he has won, lost and won back again.

Through four back surgeries and knee injuries, Woods has won admiration in what he has overcome, both physically and emotionally.

The sheer gravity of it all hit home in his heartfelt hugs of his son, Charlie, and his daughter, Sam, in that last Masters victory.

“It was remarkable to watch,” said Joseph L. Price, a professor of religious studies at Whittier College in California. “It was a deeply emotional experience.

“Tiger’s failings, they have made him more heroic. We’ve seen he has vulnerabilities, as all people have, and it has made it possible to connect with him. There’s been a healing process for us in that, as there has been for him.”

Price authored the book “From Season to Season: Sports as American Religion.” He said it’s easy to analyze Woods’ healing process in religious terms, to view his Masters victory as part of a religious journey. The public confession, the repentance and restoration, they were steps in a larger victory.

Robert Enright, a University of Wisconsin psychology professor who has pioneered the scientific study of forgiveness, observed a kind of absolution flowing from audiences who watched Woods complete what amounted to a pilgrimage back to the Masters trophy.

“I don’t think it was just the winning that moved people,” Enright said. “It was the overcoming.

“Nobody expected him to win another major, so the overcoming led to some admiration, and that admiration softened some hearts, which, indeed, can be called forgiveness.”

Andrew Zimbalist, a professor of economics in sports at Smith College in Northampton, Massachusetts, admired the long view in Woods’ march back to Butler Cabin last April.

“I suspect he had to dig deeply to work through all the disappointment and hurt he must have felt, to be able to reconstruct himself, as he appears to have done. It’s absolutely remarkable.”

“I’ve never felt that way watching a golf tournament before,” Valiante said. “What he did shouldn’t be possible. I mean that from an empirical, scientific and psychological perspective. No model suggests that is possible.

“Anytime someone is humiliated in a public forum, the game becomes so much more difficult. For him to come back from the humiliation he endured, it’s really inexplicable.”

Deborah Graham, the sports psychologist whose research of the “critical personality traits of champions” in golf helped her earn a doctorate, said the kind of emotional scars Woods played with in his return from the scandal could have been more than career ending. They could have been fatal to a lesser spirit thrust back into the public spotlight.

“I know people with low confidence who would never have survived that,” Graham said. “They might go commit suicide. I’m not joking, either. It was brutal, what he went through. If he didn’t have the tough-mindedness to deal with all the adversity, including the surgeries, the issues with the medication ... it’s a pretty tough package. I don’t know many people who could have done that.”

Could it be, after all Woods did to lose his appeal, that he’s embraced more warmly today than he ever was as the perfectly packaged winner of his youth? After all, you saw how he was embraced by fans en route to his drought-breaking victory at last year's Tour Championship. 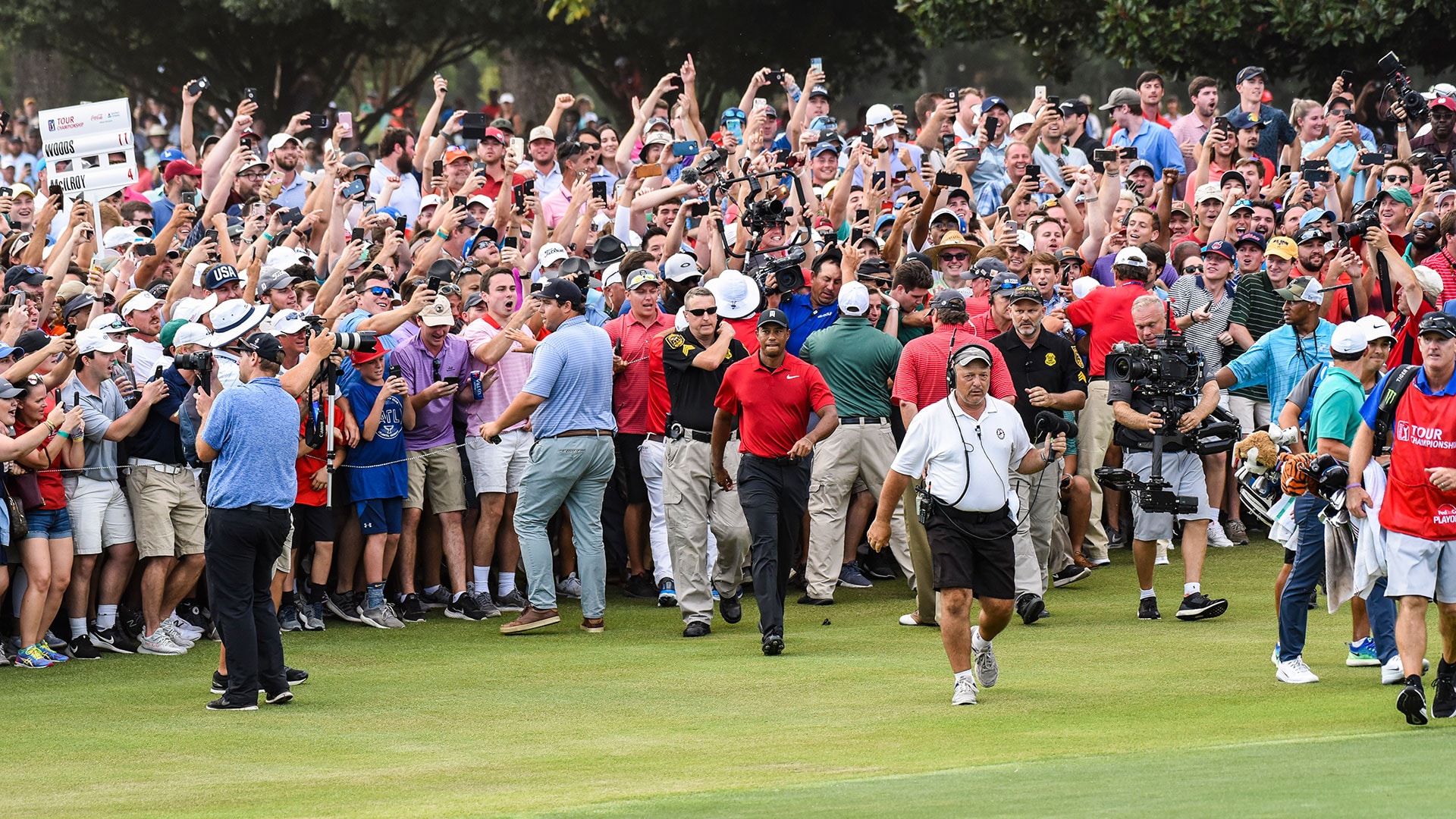 Woods may still not be an open book, but with more candid moments with media, with his mentorship of so many younger players and with frequent references to his children’s place in his life, he is more open than we’ve ever seen him.

“He might be more well-liked today,” said Steve Rosner, co-founder of 16W Marketing and director of its talent division. “I think it’s because of the way he’s living now. He seems to be a caring father, more positive with the media. He seems to feel better about himself, in his own skin. That’s what it seems like from afar.”

Even with all of that, Woods’ image remains the most complex in sport.

Henry Schafer, executive vice president of Marketing Evaluations, can attest to that. He oversees the compilation of Q Scores, a metric which measures consumer reactions to athletes and celebrities, in a ranking of awareness and appeal.

Before Woods’ scandal back in 2009, his Q Score topped off at 44, the strongest among active athletes at the time.

“He was at the level of Michael Jordan, even surpassed Jordan for a time,” Schafer said.

In the first scoring after news of the scandal broke late in 2009, Woods’ positive Q Rating plummeted to 13, while his negative score soared to 49.

“That means half the people who knew who he was didn’t like him,” Schafer said.

“Once your image is damaged like his was, with an anti-social event, it’s very difficult to rebound from, in an overall assessment of the population.”

In golf, Woods’ evolving story is well-detailed. In the broader world, not as much.


“I wouldn’t say he’s more well-liked, but I think it’s surprising he’s as well-liked as he is, given how far he fell,” Dorfman said. “I do think winning the Masters did something special for him. With all the physical ailments and everything else he overcame, it humanized him. It brought a lot of fans back who were really turned off. A lot of people who disliked him maybe tolerate him now.”

Sports business and marketing experts see through a harsher lens.

“I don’t think he’s completely turned around his image,” said David Carter, executive director of USC’s Marshall Sports Business Institute. “I think people who’ve been skeptical of him, or weren’t staunch supporters, may soften their position on him over time. And those who have supported him will continue to support him.”

Carter said it’s difficult to know, from afar, how much of Woods’ image is still crafted and how much is genuine.

“His team has attempted to manage his image at every turn of his career, and they’re still going to try to put their thumb on the scale whenever possible, so I think people can be skeptical,” Carter said. “But I do think it’s pretty cynical to think it’s all contrived.”

“You guys in the media are part of the problem,” Carter said. “You prop these athletes up, because you don’t want to be overly negative, for fear of losing access. So, over time, perceptions are skewed, because the people covering these guys have a conflict of interest.

“The need for access removes a measure of transparency that doesn’t allow the consumer, even the golf fan, to see the full story.”

“Nobody has an uncomplicated relationship with Tiger,” Valiante said. “People felt this last victory so deeply because he doesn’t just hit you in one place. He hits you in so many different places. He’s elicited so many emotions in people. There’s been appreciation for his genius, confusion over his decisions. He’s elicited admiration, fear, spite, jealousy. There’s the hope he elicited in the black community, but there’s also racism. He’s elicited the full spectrum of emotion.”

“It will end up as a tale of redemption and forgiveness,” Ganis said a decade ago. “I guarantee you somebody has already written the freaking script.”


For Carmine Gallo, the script is a classic. He believes the massive appeal of Woods today – whether you love Woods or not – is how his image fits the archetype Joseph Campbell identified in his classic work of comparative mythology, “The Hero with a Thousand Faces.”

“Campbell identified the structure of all epic tales, where the hero always goes on a great quest or adventure. Early on, he meets a mentor, who dispenses wisdom and help’s the hero’s confidence. Tiger’s story had that in his father, Earl Woods. And then there are ordeals the hero faces, supreme mental and physical tests, where there is always a scene in which all hope seems lost. That’s the place Campbell calls the Abyss. And there’s a resurrection and a rebirth to follow, and then the final stage, where the hero comes back a changed person, having grown and attained wisdom.

“That’s Tiger’s story, a story we are all hard-wired for. It’s why his story is so irresistible.”

It’s a story that makes us rub our eyes when we see it unfold in real life. 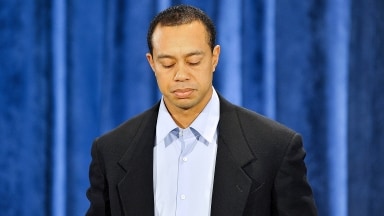 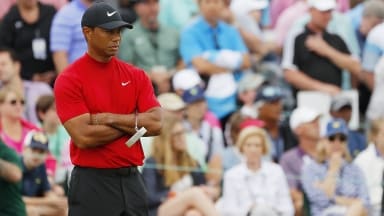 Players might not be as intimidated by Tiger Woods as they once were, but when it mattered most during his comeback, Woods revived the fear factor. 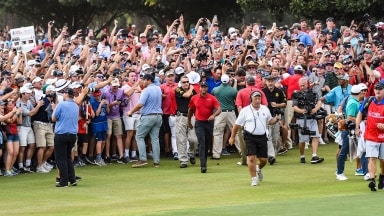