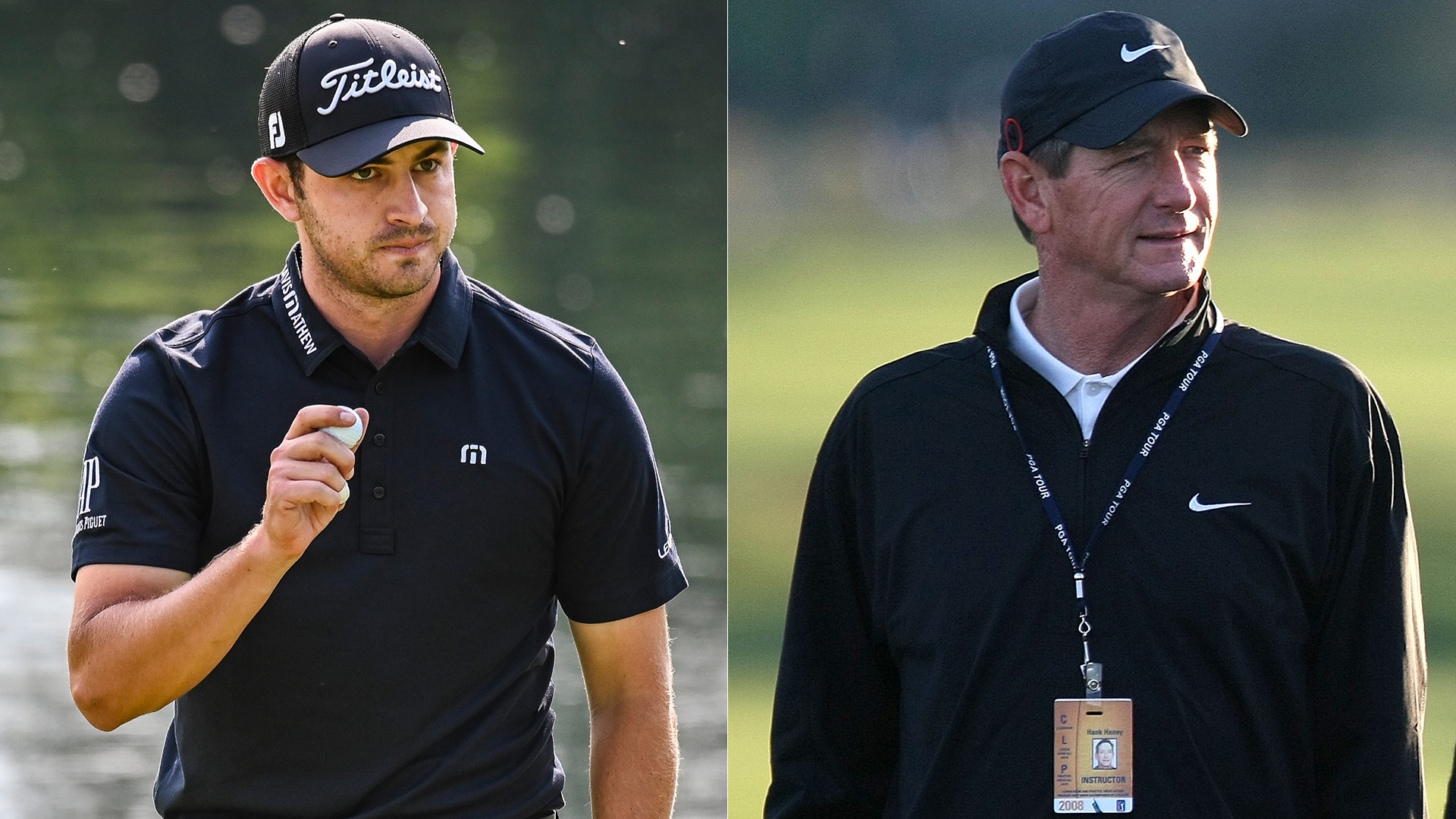 In this week’s edition of Cut Line, the game’s decision makers take on slow play, again, the PGA Tour makes a plea “fore” safety and Hank Haney doubles down in the most dubious way.

A comeback and a coronation. The PGA Tour doesn’t recognize a comeback player of the year anymore, but if they did Patrick Cantlay probably would have prompted the circuit to retire the award like it did when Steve Stricker collected the hardware in back-to-back years.

Cantlay returned to the Tour in 2017 after his career was nearly ended four years earlier with a stress fracture in his L5 vertebrae. He won for the first time in the fall of 2017 and had posted nine top-10 finishes this season before his victory last week at the Memorial.

Now poised on the doorstep of super stardom, Cantlay is something of an enigma to fans who recognize a special player who can at times seem a bit aloof.

“He’s super misunderstood because he’s only committed to saying things when he has something to say,” Jamie Mulligan, Cantlay’s swing coach, told Cut Line. “It doesn’t come off as the friendliest thing in the world but it’s anything but that.”

There is no question that Cantlay is a special talent. That he’s also one of the most thoughtful players of his generation makes his comeback and his coronation that much more meaningful.

Unqualified debut. Arguably all of the 75 players who advanced out of sectional qualifying to earn a spot in next week’s U.S. Open have a compelling story to tell, but Collin Morikawa’s day at the Columbus, Ohio, qualifier will be one he never forgets.

Morikawa was making his professional debut at the 36-hole qualifier and rebounded from a slow start in his morning round (71) with five birdies in a nine-hole stretch to earn one of the final spots into next week’s championship at Pebble Beach.

Morikawa, who recently graduated from Cal, beat the likes of Cameron Champ, Joaquin Niemann and Russell Knox to earn his start next week. As debuts go, that would be an unqualified success.

Saber-rattling. Slow play wormed its way back into the headlines last week and on cue golf’s powerbrokers seemed poised to finally take action.

European Tour chief executive Keith Pelley told Golfweek that administrators from the European Tour, USGA, R&A and PGA Tour met in April at the Masters to talk about slow play and that the discussion is scheduled to continue next month at The Open Championship.

“What has to happen is, we, collectively as administrators, have to get on the same page on slow play because it isn’t just a European Tour issue,” Pelley said. “There is a will to tackle this issue across the game.”

While all of this is encouraging it’s probably best to put the pace of play parade on hold for the moment. Perhaps there’s a will among the rule makers to do something but the implementation of any, let’s call it a “one-world” pace of play policy is going to be difficult at best.

Just consider Tiger Woods’ run in with an official’s stopwatch at the Memorial last week. While Woods’ group, which included Justin Rose and Bryson DeChambeau, was well behind the group in front of them, the 15-time major champion didn’t have any interest in taking his timing quietly.

“The group ahead of us, [Justin Thomas] doesn’t take a lot of time, Rory [McIlroy] plays quick, and Jordan [Spieth] was 7 under through 13 holes,” Woods explained. “So, they’re obviously playing fast. And we were obviously not.”

Woods, who isn’t a slow player, made valid points and his situation proves why it’s going to be an exhausting task devising and implementing a “one-world” pace of play policy.

Fore! – During the final round of last month’s PGA Championship a drive at the par-4 15th hole sailed right and was headed toward the gallery. As the wayward drive headed toward the masses the player only pointed with his driver in their direction.

An official watching the action groused that something needed to be done to encourage players to send a more forceful warning by yelling the traditional “fore.”

This week PGA Tour players were gently reminded of the proper etiquette in a memo.

“Injuries to spectators are a serious concern to the PGA Tour. Members are reminded that the use of the word ‘fore’ is the traditional and expected warning/etiquette when there is a danger of hitting someone,” the memo read. “Simply indicating the direction of the ball by pointing the club is not enough of a warning. Shouting ‘fore’ gives the person ample time to cover up and protect themselves from the errant shot.”

While the memo is an apropos reminder, it might be time for a more substantial nudge. Yell fore, or a similarly appropriate warning, when a wayward shot is headed toward fans or face a fine.

Tweet of the week: @HankHaney “Amazing how [Tiger Woods] now has become the moral authority on issues pertaining to women. I spent six great years coaching Tiger and not one time did he ever hear me utter one sexist or racist word. Now, in addition to being a 15-time major champion, I guess he thinks he’s also a mind reader? #glasshouses.”

Haney was responding to Woods’ comments regarding the radio host’s suspension last week for insensitive remarks about the LPGA Tour. “He deserved it. Just can't look at life like that. And he obviously said what he meant, and he got what he deserved,” Woods said.

No, Woods isn’t a mind reader but he does have ears, and just like the rest of the reasonable world he can recognize when someone allows a mistake, which we all make, to become a defining moment.

A U.S. District Court denied a motion by the PGA Tour to dismiss a lawsuit filed by Hank Haney last year against the circuit.