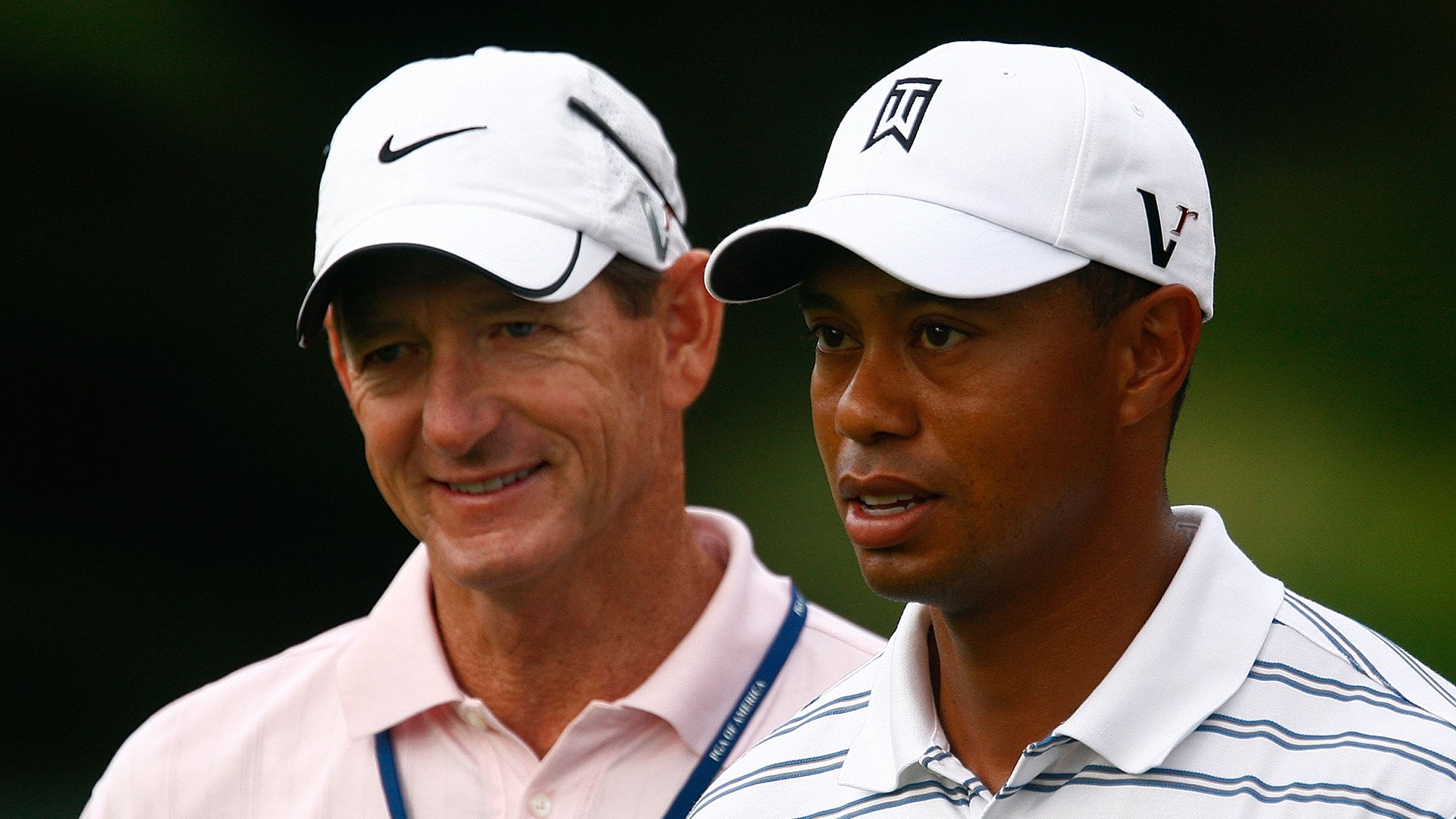 "Amazing how @tigerwoods has become the moral authority on issues pertaining to women," Haney tweeted Tuesday. "I spent six great years coaching Tiger, and not one time he ever hear me utter one sexist or racist word. Now, in addition to being a 15 time major champion, I guess he thinks he's also a mind reader? #glasshouses"

The message comes four days after Woods offered Haney no quarter when asked about his former swing coach at the Memorial.

“He deserved it,” Woods said of Haney’s suspension from his PGA Tour Radio show on Sirius XM. “Just can't look at life like that. And he obviously said what he meant, and he got what he deserved.”

Haney remains suspended for his commentary concerning last week's U.S. Women's Open. Haney, who was unaware the event was being played, said on the air: "I'm gonna pick a Korean," and followed up with, "I couldn't name you six players on the LPGA tour. Maybe I could. I’d go with Lee. If I didn’t have to name a first name, I’d get a bunch of them right.”

After issuing an apology, Haney proceeded to double down on Sunday night, using Jeongeun Lee6's victory to suggest his "prediction," "based on on statistics and facts," came true.

Woods and Haney worked together from 2004-2010 and split in the aftermath of Woods' extramarital-affairs scandal. Haney would go on to publish, "The Big Miss," a book detailing his time with Woods in 2012.