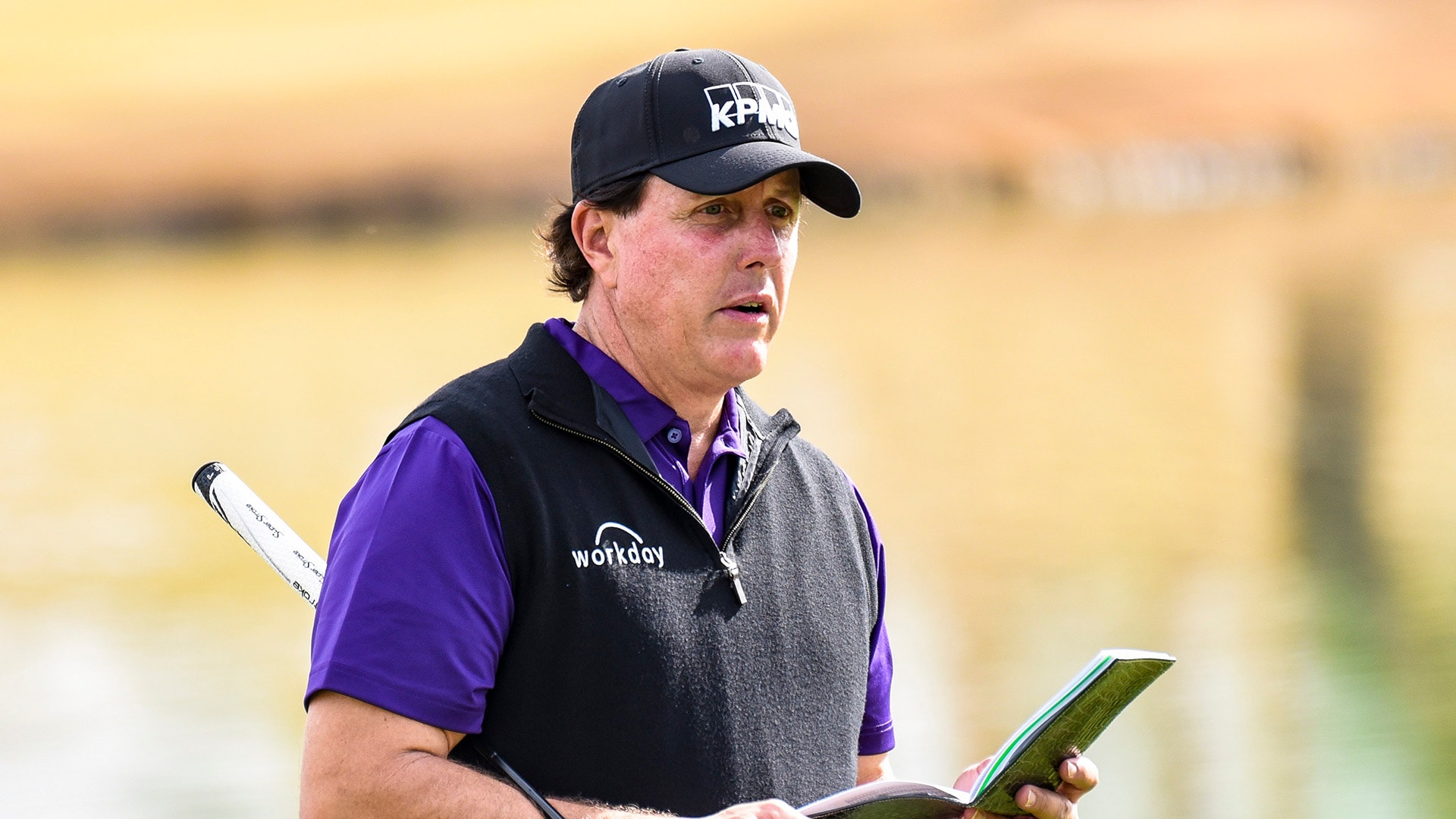 The PGA Tour returned to the mainland this week, Phil Mickelson earned early kudos for a quick start at the Desert Classic and the European Tour got things started with an old-fashioned Twitter bout.

Out of Left(y) field. Hot on the heels of what was a trying cap to Phil Mickelson's 2017-18 PGA Tour season, both competitively and otherwise, there was little reason to have much optimism as the 48-year-old Mickelson began 2019 at this week’s Desert Classic.

Mickelson failed to record a top-10 finish after May, finished last at the Tour Championship and was a non-story at the Ryder Cup. Lefty even appeared to temper expectations with a tweet before his opening round in La Quinta, Calif., that explained, “I’m a bit rusty.”

Only there was no sign of rust, or the guy who limped home last year. Mickelson scorched La Quinta Country Club Thursday on his way to a 12-under 60. It was the lowest round in relation to par of his Tour career and made him the first player in circuit history with three rounds of 60 or better.

“It was kind of a lucky day in the sense that I did not feel sharp heading in,” Mickelson said. “Sometimes it’s just one of those days when it clicks.”

Phil is always entertaining – and erratic – but Cut Line certainly didn’t see this one coming.

Young at heart. Mickelson’s opening 60 at the old Bob Hope Classic was yet another surprising example of a veteran bucking the youth trend on Tour.

At 48, Mickelson joined a growing list of veterans who have emerged from the horde of twenty-somethings who have changed the narrative on Tour. There was a time not that long ago when the best players were generally older, but that has been flipped by the likes of Justin Thomas, Brooks Koepka, Jordan Spieth and Bryson DeChambeau in recent years.

But let's not count the old guys out for good. Just last week, Davis Love III, 54, finished inside the top 10 for the first time since 2017. And Tiger Woods certainly scored a victory for the older set when he won the Tour Championship at 42.

There’s no chance the twenty-somethings cede the throne, but an occasional cameo by the AARP definitely livens things up.

Equal representation. Woods became a Tour member in 1996. Mickelson has been a member since ’93. Yet not once during those two-plus decades did either player serve as a player director on the Tour’s policy board.

In fact, neither player was even a member of the player advisory council, which isn’t entirely surprising considering the game’s two biggest stars had enough clout without having to sit through endless meetings. It is curious, however, that the new generation has taken a more active role when it comes to Tour politics.

Spieth served as chairman of the PAC last year and takes his place on the policy board this season, and this year’s 16-member PAC includes the likes of Rory McIlroy, Jon Rahm and Thomas. Thomas is running for PAC co-chair and would move to the policy board next season if he wins the election.

It’s not as though Woods and Mickelson didn’t have an interest in the circuit’s inner-workings, and they both had plenty of opinions, but it’s clear the new generation is keen to change things from within.

Flagstick folly. Like the vast majority of news rules that were introduced by the USGA and R&A this year, the change that now allows shots to be played from the putting surface with the flagstick in was designed to simplify the rules and, hopefully, speed up play.

It was not, however, viewed as a way for players to gain a competitive advantage.

But after DeChambeau played four rounds at the year opener in Maui with the flag in the hole and gained 7.3 shots putting for the week, the rule has become a hot topic.

Adam Scott explained last week that he also intends to putt with the flagstick in the hole, even if he were to, say, have an 8-footer on the 72nd green to win the Masters. “As you know, I'm not a person who cares how things look,” Scott said.

Augusta National chairman Fred Ridley said this week: “We think it’s important that there be some consistency in top championship golf, and so you should expect that the Masters Tournament, from a rules perspective, will look very much, if not the same, as what you’re seeing in the major championships and the professional tours."

The rulemakers are understandably going to take the long view on this, but you can bet they will be watching closely to see if a common-sense decision becomes a competitive advantage.

Tweet of the week: @gfcgolf (Gonzalo Fernandez-Castaño) “First competitive round of the year on (the European Tour) with the new rules in effect. Tapping down spike marks felt so weird, it will take some time to get used to it – unless you are Simon Dyson and you have been doing it for years.”

There’s nothing better to start a new year then with some serious shade, and Dyson’s disqualification from the 2013 BMW Masters for tapping down a spike mark (before that act was deemed legal) cost him £30,000 and landed him on the European Tour’s version of double-secret probation. Despite his history, the Englishman didn’t go quietly, as Dyson tweeted this response: “Don’t let the truth get in the way of a good story.”

Tell Cut Line again how the Europeans get along so much better than the Americans.