Cut Line: What will Tiger Woods’ competitive future look like? 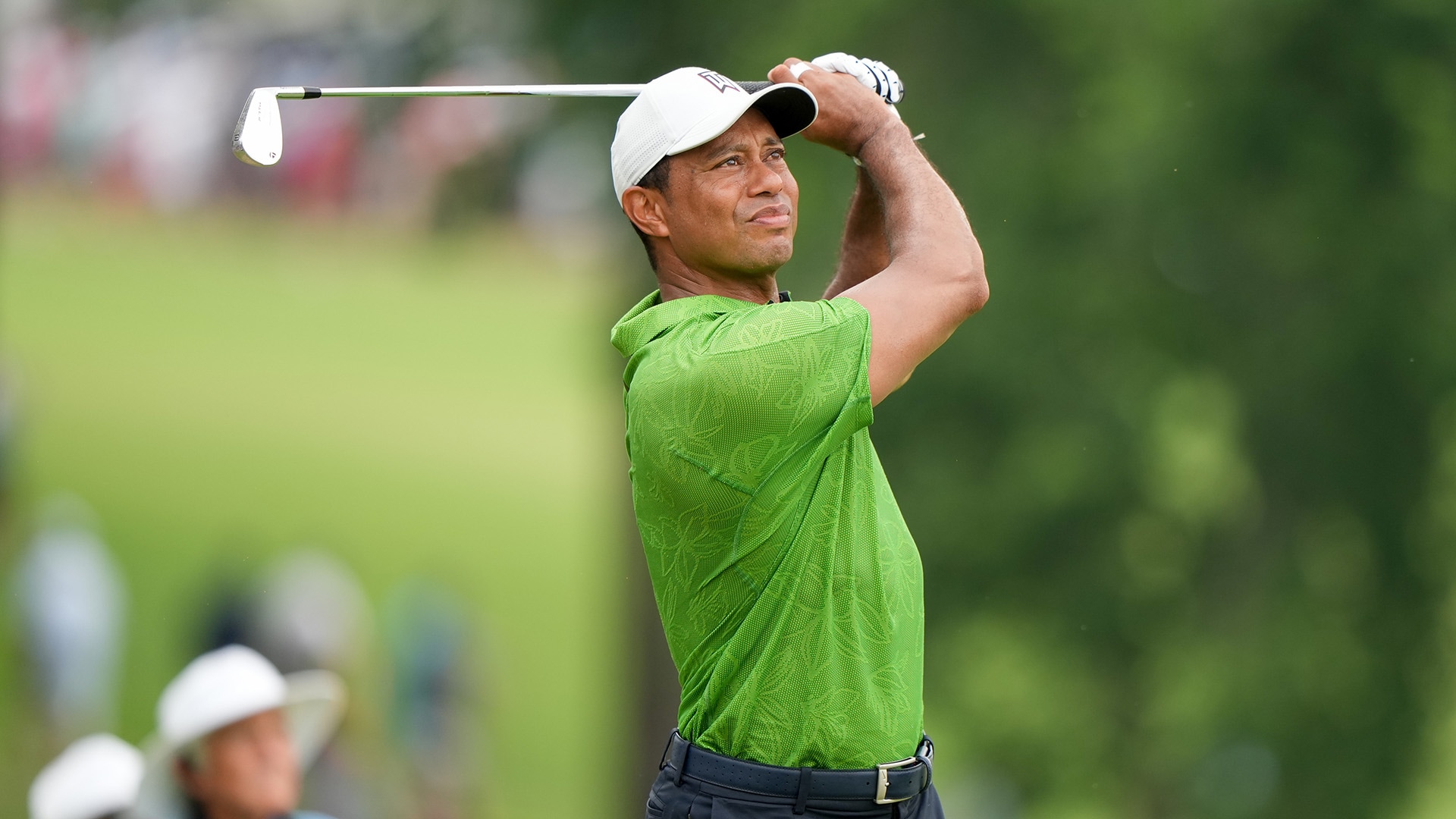 NASSAU, Bahamas – A “silly season” edition with some serious subjects, including Tiger Woods’ competitive future, more world ranking concerns and a growing divide between the PGA Tour and LIV Golf.

The road ahead. Tiger Woods has been clear on this, probably clearer than many want to believe. Whatever his competitive future holds, it’s going to be an exceedingly limited footprint.

“The goal is to play just the major championships and maybe one or two more. That's it. I mean, that's physically all I can do,” Woods said.

A bout with plantar fasciitis in his right foot kept Woods from playing this week’s Hero World Challenge, which he hosts, and watching him gingerly navigate his way around Albany Resort it seems six events a year might be a tad optimistic.

Still, Woods’ presence, even as a host, is undeniable. He won this year’s Player Impact Program having played just nine rounds and had no trouble attracting the best players to his unofficial Bahamas boondoggle. His competitive career might be winding down, but his status as the game’s ultimate influencer remains undisputed.

Tom Terrific. Tom Kim has been a much-needed distraction during the most contentious year in professional golf. He impressed at the U.S. Open and Open Championship, dazzled at the Wyndham Championship for his first Tour title and then amazed at the Presidents Cup.

At 20 years young, Kim is the breath of fresh air the game desperately needed and he proved that again this week at the Hero World Challenge.

After an opening 69 left him tied for the lead he talked of “officially” meeting his hero Tiger Woods, savoring a whirlwind season and assessing his favorite K-pop band (it’s BTS, BTW). The life of a 20-year-old phenom is never boring. 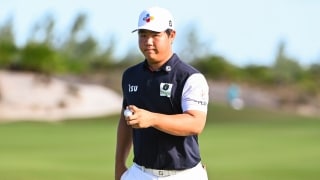 The space between. It was a significant moment this week when Woods echoed Rory McIlroy’s take on LIV Golf.

“As Rory said and I said it as well, I think [LIV CEO Greg Norman] has got to leave and then we can eventually, hopefully, have a stay between the two lawsuits and figure something out,” Woods said when asked how the two circuits could coexist.

It was no surprise that Woods and McIlroy would be reading off the same page given the duo’s role as de facto spokespersons for the Tour when it comes to the Saudi-backed league, but it doesn’t appear the opportunity for dialogue was embraced by the other side. 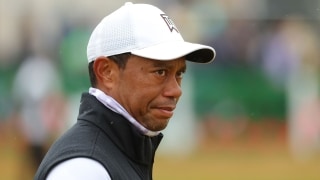 “First, everything has to be settled [in court]. It’s not easy now that we’re involved in a legal process, and also because they don’t prohibit everything we want,” Sergio Garcia, one of the first to join LIV Golf, told the Spanish website Marca. “If you’re sitting with someone who every time you propose something is a ‘no’ … in the end, how are you going to reach an agreement if only what they say is worth it? I don’t know how we will reach an agreement.”

Garcia pointed out that the Tour leadership, specifically Tour commissioner Jay Monahan, is also part of this conversation: “They say that Greg Norman has to go. And does Monahan have to stay or go?” he asked.

One step forward, two back.

At the risk of enduring the wrath of football fans around the globe, the United States did celebrate a nil-nil draw with England this World Cup, so …

World rankle(ing). It wasn’t a great week for the new world ranking system, which was already catching heat from some of the game’s top players.

“[The world ranking], it's a flawed system. That's something we all here recognize,” Woods said. “The field at Dubai got less points than Sea Island and more of the top players were there in Dubai, so obviously there's a flawed system.”

At least part of the argument for why the DP World Tour finale didn’t get as many points as the RSM Classic was that the European finale was a limited field, compared to the full-field event at Sea Island Resort.

It didn’t help the ranking’s case that this week’s Hero World Challenge, which has just 20 players, received more points than the Australian Open, a full-field event.

Rory McIlroy has served as the voice of reason and cautioned the world-ranking critics to let the new system play out, but another few weeks like this might exhaust the collective’s patience. 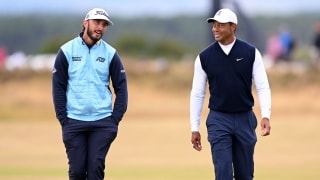 Impact. While we’re on the subject of rankings, points and overly complicated formulas, the Tour’s Player Impact Program enjoyed a boost of confidence this week.

The reimagined program, which has come under scrutiny for a general lack of transparency, released this year’s top 20 players last week with a predictable winner atop the list.

“It is a little confusing how it works, but it does seem to work. Tiger won again, so as long as he's winning, it's not broken, so that's good,” said Max Homa, who finished 14th on the list.

It’s also worth pointing out that the new list has largely removed the social media portion of the equation, which had been seen by many as the list’s most glaring flaw.

“I know the criteria's changing now or changed with the social media aspect because everybody just thought it was a social media contest, and that's annoying because, it was one of the categories, but it's not like the 150th-ranked player in the world, the guy who's not won any tournaments, not finished in the top 10 at all can just go be funny, be good on social media and he's in the top 10 of the PIP,” said Justin Thomas, No. 4 on this year’s PIP. “Like that's just not how it works.”

The new format is a step in the right direction but exactly “how it works” is still an uncomfortable mystery.