By design or not, Wednesday offered sneak peek to Presidents Cup pairings 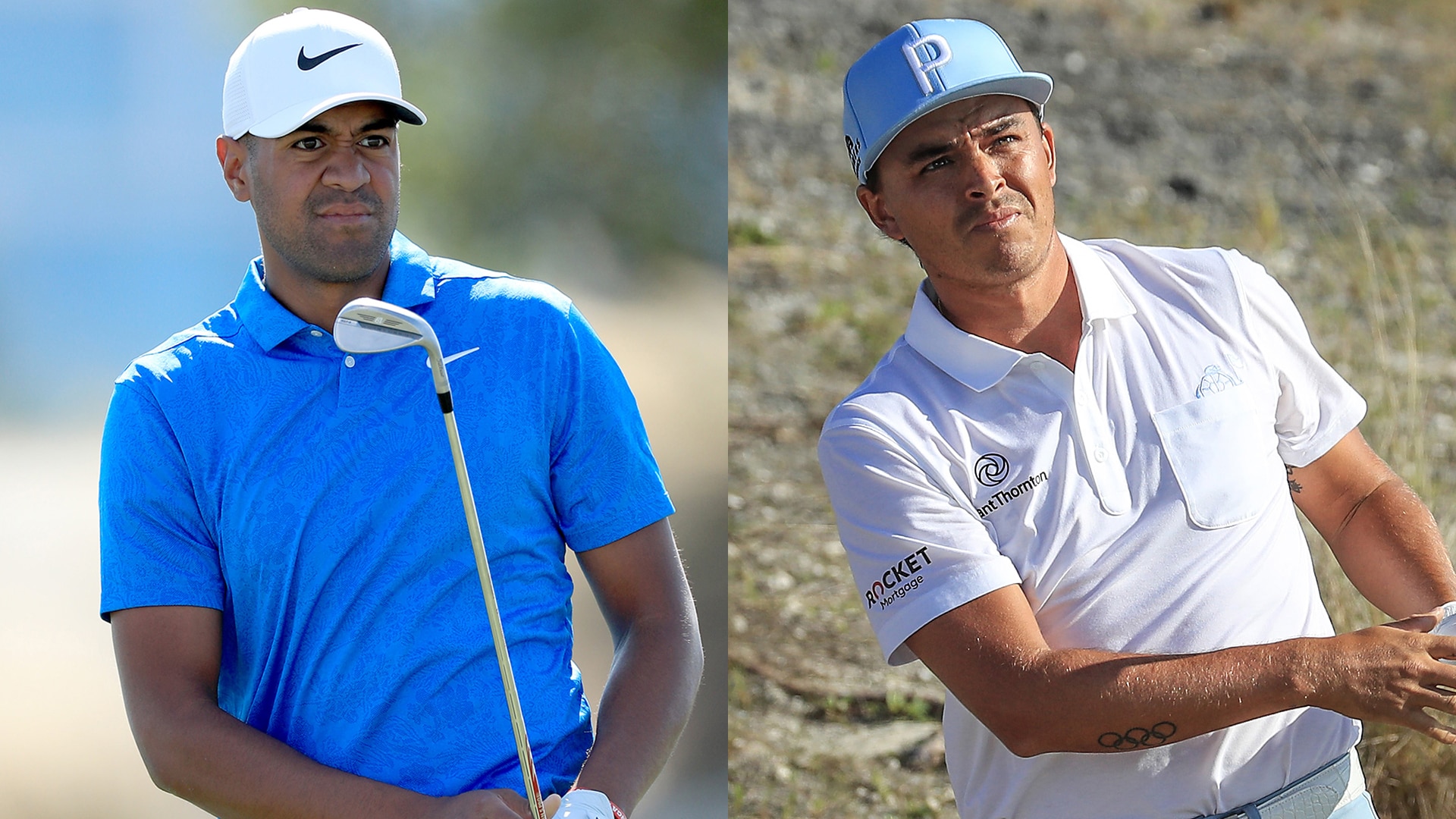 NASSAU, Bahamas – Few could blame Matt Kuchar for feeling a little left out Wednesday at the Hero World Challenge.

U.S. captain Tiger Woods has Kuchar and nine other Presidents Cup team members (himself included) teeing it up in this week’s 18-player tournament at Albany, and as tournament host, Woods had his hand in the first-round pairings.

“I want them to have a good time,” Woods explained Tuesday, so he handpicked Justin Thomas to play alongside him Wednesday. Four other all-Team USA twosomes teed off around them – Xander Schauffele and Gary Woodland, Bryson DeChambeau and Webb Simpson, Patrick Reed and Patrick Cantlay, and Rickie Fowler and Tony Finau.

As for Kuchar, he was the odd man out. A late withdrawal by Dustin Johnson got Chez Reavie into the field and a first-round pairing with Kuchar in Round 1.

“I think we should take Chez Reavie,” Kuchar quipped as Reavie exited the scoring room.

Jokes aside, Woods’ pairings may have been meant to ensure “fun.” But they also likely offered a sneak peek of what we’ll see next week at Royal Melbourne – even if no one wanted to admit it, one way or another.

When asked specifically about finding a new partner for Thomas, who went 3-1 with Jordan Spieth at last year's Ryder Cup in Paris, Woods immediately dodged the question.

“Got to have all those different contingencies ready to go.”

Woods is playing things close to the vest when it comes to his potential Presidents Cup duos – and for good reason. Why would he tip his hand a week early? But then again, maybe he’s using a bit of reverse psychology and using the Hero as an opportunity to get his pairs more comfortable around each other.

Woods and Thomas would make sense. Woods struggled alongside Reed and DeChambeau at last year’s Ryder Cup. Teaming with arguably Team USA’s best player could ensure that the playing captain gets on the board early and often in Australia.

Of course, Thomas could also pair with Fowler, his frequent practice partner and neighbor in Jupiter, Florida, whom he went 2-0-1 with two years ago at Liberty National. Fowler, the replacement for Brooks Koepka, has the game and personality to pair nicely with anybody – the Americans’ 11-in-1 puzzle piece, if you will.

On Wednesday, he was paired with Finau, who had success in Paris with Koepka but now must find a new partner. If Woods plays mostly with Thomas, perhaps that’s Fowler.

“I’m not too picky,” Fowler said. “There’s definitely guys that I’d rather play with over others, but with that being said, if they told me, ‘Hey, you’re going out with so-and-so tomorrow,’ let’s go out and get a point.”

Like Fowler, Kuchar is another interchangeable guy, though he seems poised to play foursomes with Dustin Johnson, whom he went 2-0 with in the format in 2017. He also could be formidable in fourballs with pal Woodland, though Woodland shot 6-under 66 while feeding off fellow rookie Schauffele in Round 1 at the Hero. 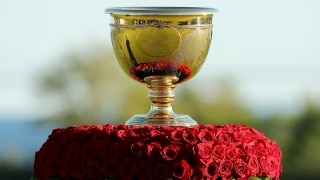 Frequently asked questions about the Presidents Cup, which is being held this week at Liberty National Golf Club in Jersey City, N.J.

Schauffele, who shot 73, isn’t necessarily a loner on Tour, but as he said earlier this year in Phoenix, he doesn’t hang out with many golfers. Woodland and Finau, two of the friendliest guys on Tour, are smart options for Woods to pair with Schauffele, who figures to be a fourball-only guy since he is the only player on the team who plays his brand of ball.

DeChambeau struggled in his Ryder Cup debut last year, playing just two team sessions and losing both. He also struggled Wednesday, shooting 76 alongside Simpson (73). Still, Simpson needs a new partner since Bubba Watson, his regular cup teammate, is not making the trip Down Under. DeChambeau and his eccentric personality seem destined to pair with Simpson in fourballs.

And then there’s Reed, who has stirred up controversy in these team events in the past, most recently when he threw Woods, Spieth and Ryder Cup captain Jim Furyk under the bus after last year’s lopsided defeat.

But now Reed, who this year needed a captain’s pick for the first time since making his national-team debut in 2014, has Cantlay as his teammate. The pair have teamed up in each of the past three Zurich Classics and are probably the safest bet to continue their partnership next week.

“I think the biggest thing is I get emotional out there, I ride the highs and try to get out of the lows, and he barely has a heartbeat, you know, so it kind of levels us out,” Reed said of Cantlay, whom he outscored 66 to 74 Wednesday (but only because Cantlay closed with a quadruple bogey). “He plays the kind of golf I do, he still plays really aggressive. Because of that, it doesn't matter if you're hitting it well or hitting it poorly, he just plugs along and just kind of goes and hits it from the next spot.”

Said Cantlay earlier this year: “I really enjoy competitive people, so having him on my team, I always felt like, just like me, he was going to be as competitive, and in every shot, no matter where the golf ball was. … I mean, you want to play with the best player you possibly can.”

For Cantlay, that’s Reed. For other members of Team USA, perhaps that’s the guy they played with Wednesday in the Bahamas.

Captain Els, are you paying attention?