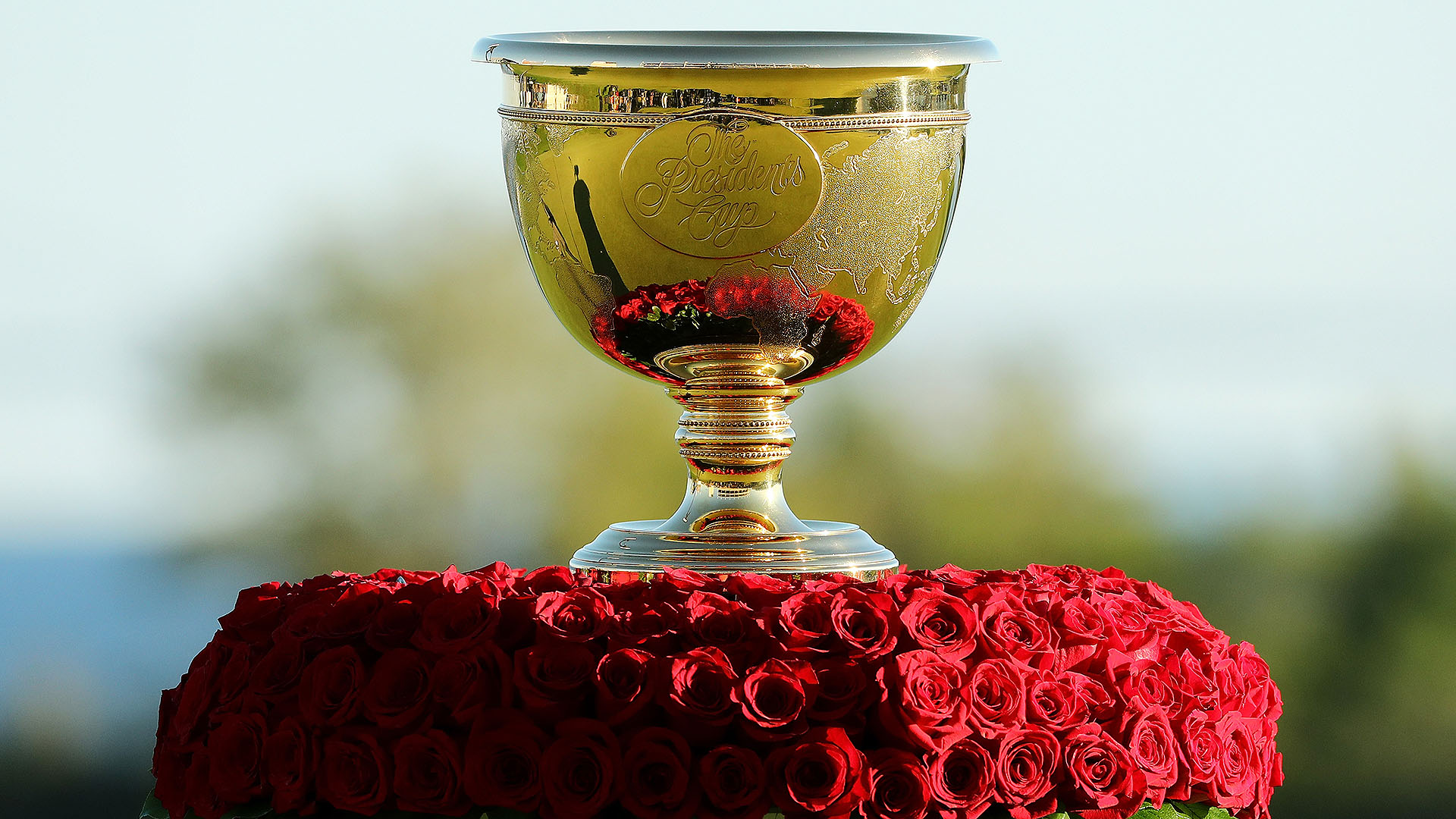 Take a look at some answers to frequently asked questions about the Presidents Cup:

What's the big difference between the Presidents Cup and the Ryder Cup?

So, the Americans have to play one of these cup events every year, while the foreign players get every other year off? Why don't they just combine the two events?

Well, for one thing, they're the properties of different entities. The PGA Tour runs the Presidents Cup, while the Ryder Cup is a PGA of America and R&A production. And each event makes a lot of money for its owners.

Ah yes. "Show me the money." How much money is at stake?

Technically, none. Players do not receive money for participation in the Presidents Cup. Instead, the PGA Tour pledges to contribute to charities which are nominated by the players, captains and assistant captains from both teams.

When did this Presidents Cup start?

How does the series stand?

How are the teams chosen?

The teams are comprised of 12 players – eight automatic qualifiers and four captain's picks. The U.S. takes the top eight players from a points list determined by FedExCup points earned between the 2017 and 2019 BMW Championships, with the points doubled for the 2019 season. The International team consists of the top eight international players (non-European) who accrued the most Official World Golf Ranking points from the 2018 Dell Technologies Championship to the 2019 BMW Championship. Each side then adds four captain's picks.

Who are the captains?

Tiger Woods for the U.S. and Ernie Els for the Internationals.

Who are their players?

For the Internationals, the automatic qualifiers are Louis Oosthuizen of South Africa; Hideki Matsuyama of Japan; Adam Scott, Marc Leishman and Cameron Smith of Australia; Abraham Ancer of Mexico; Haotong Li of China and C.T. Pan of Chinese Taipei. Sungjae Im and Byeong-hun An of South Korea, Adam Hadwin of Canada, and Joaquin Niemann of Chile are the captain's picks.

Wait, that's only seven automatic qualifiers for the U.S. Thought you said there were eight?

Very perceptive. World No. 1 Brooks Koepka automatically qualified but withdrew because of a knee injury. Captain Woods replaced him with Fowler.

And Tiger picked himself? Has that happened before?

Yes and yes. The only previous playing captain in these matches was Hale Irwin, for a victorious U.S. team in the inaugural 1994 edition. Irwin went 2-1-0.

Is the format the same as the Ryder Cup?

It's similar, but not an exact duplicate. The Presidents Cup takes place over four days (Thursday through Sunday), with three days of team matches – alternate shot (foursomes) and better ball (fourballs) – followed by Sunday singles. The Ryder Cup takes place over three days. Also, while the Ryder Cup has a total of 28 points at stake, with the Presidents Cup, it's 30 (down from the former total of 34).

Perhaps most significantly, if the competition is deadlocked at the end of singles play, it will be deemed a tie and the teams will share the Presidents Cup. If a Ryder Cup ends in a tie, the team that last won the cup gets to retain it.

Where is this Presidents Cup being played?

At Royal Melbourne Golf Club in Victoria, Australia. That was the site of the 1998 matches, the only time the International team prevailed (20 1/2 to 11 1/2).

Who won the most recent Presidents Cup?

The United States defeated the International team, 19-11, at Liberty National Golf Club in Jersey City, New Jersey, for its seventh consecutive victory. The competition was even more of a blowout than the final score indicated. The U.S. was up 14 1/2 to 3 1/2 after three days. Only three Americans won their singles matches on Sunday, but the U.S. needed but one point to secure the cup.

Last question: When and where is this all on TV?

Great last question. It will be on Golf Channel – beginning WEDNESDAY in the U.S. – and you can click here for the full list of TV times and online links. 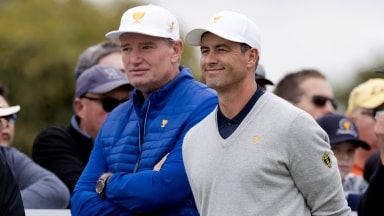 JT to Tiger: I kept your record clean at Prez Cup

Tiger Woods took a jab at Justin Thomas, saying the he "carried his ass" at the Presidents Cup, but Thomas clapped back reminding Woods he wasn't just spectating in Australia.