Didn't see Tiger's withdrawal coming? You should have 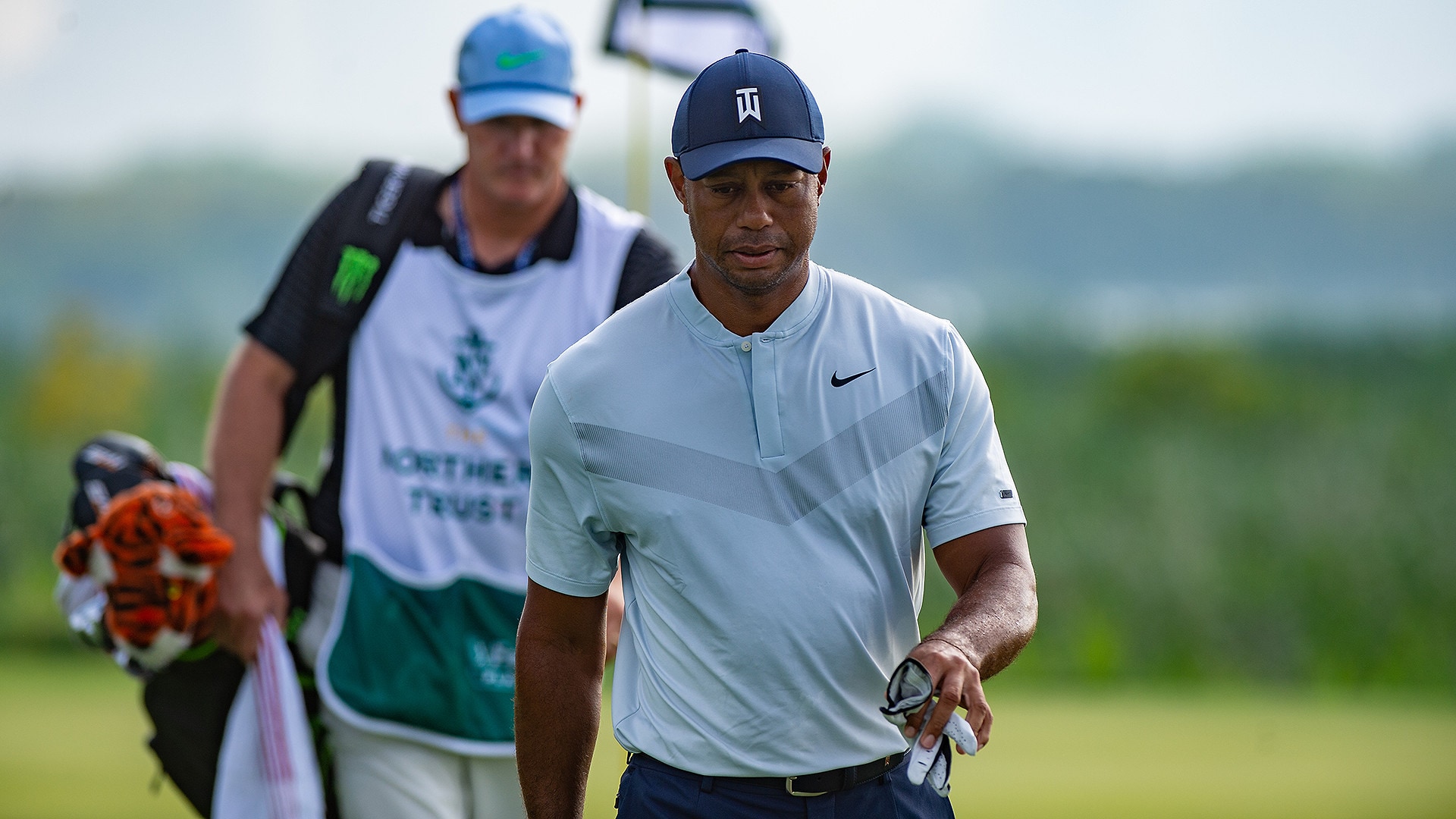 The medical roulette that has defined his career has included every imaginable ailment, from a ruptured ACL in 2007, to an inflamed facet joint in ’10, to an Achilles strain in ’11. But on Friday he added a new item to his file when he announced he had withdrawn from The Northern Trust with “a mild oblique strain.”

Specifically, Woods framed the early exit as a precautionary measure. “I went for treatment early Friday morning, but unfortunately I’m still unable to compete,” he said in a statement.

Throughout his various starts and stops in recent years, Woods has become something of an armchair physician – it’s the unfortunate byproduct of spending too much time in doctor’s offices. But like everyone else in the golf universe, he probably spent Friday asking Google various questions about oblique strains.

This was new. An oblique strain was a genuine surprise, even. But the actual withdrawal was far from unprecedented or shocking. As glorious as Woods’ comeback has been there have been more than enough clues along the way to see this coming.

It was easy to get lost in the euphoria of his victory at the Masters in April and to allow yourself to start daydreaming about Jack Nicklaus’ record of 18 major championship wins, the ultimate benchmark that for so long seemed out of Woods’ reach.

Comeback stories can do that to you. When a 43-year-old with four back surgeries ends a decade of Grand Slam doubt, it’s understandable if many leave logic behind.

But on the road back to relevance, Woods has offered enough warnings for those who were willing to listen to put Friday’s early exit into proper context.

Woods was stiff on Wednesday and stopped hitting full shots about halfway through his pro-am, saying, “that's just the way it's going to be.”

“Some days I'm stiffer than others,” he added. “[Tuesday] I was out there hitting it great. Driving it out there with [Brooks Koepka] and [Dustin Johnson]. Today I'm stiff. Hopefully I'm not that way tomorrow.”

Things weren’t much better on Thursday when he struggled to a first-round 75 that left him well outside the projected cut line. But then things normally don’t get better when Woods offers that type of foreshadowing.

He offered similar warnings following his breakthrough last year at East Lake, but few were paying attention. The next week at the Ryder Cup in Paris, his fifth event in six weeks, he looked tired and sore and failed to earn even a half-point for the first time in his cup career. 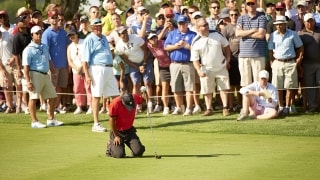 Last year’s climb took such a physical toll that Woods has repeatedly warned of the dangers of scheduling.

“I learned a lot last year by playing too much. Coming back from my procedure and not really knowing what to expect, I pushed it pretty hard,” he said. “Vowed I would never do that again.”

But most of all we’ve seen it in his actions. Since the Masters, Woods has played five events – he has two missed cuts and a withdrawal that can all be traced directly to a body that just doesn’t respond like it once did.

It was cold and wet conditions in the PGA Championship at Bethpage and Open Championship at Royal Portrush that took most of the blame, but there was no easy outlet this week at Liberty National, where conditions have been nearly perfect with temperatures in the mid-80s.

Woods has never been one for excuses and he certainly wasn’t searching for one on Thursday. “It’s a little bit stiff,” was all he offered about his back. At this point he really doesn’t need to say anything else.

His chances of making the cut at Liberty National were slim and with one final start, next week’s BMW Championship, to qualify for the Tour Championship it was best to cut his losses and focus on what is quickly becoming a Hail Mary.

There were those who reacted to Woods’ withdrawal, his first early exit from a PGA Tour event that he’d started since 2015, with incredulity. There were those who believed these days were behind Woods and that somehow the microdiscectomy surgeries had made the 15-time major champion unbreakable.

We now know that’s simply not the case. For those who have listened and watched we now know that for every moment of brilliance there’s going to be a price that must be paid.

Friday’s withdrawal wasn’t some sort of bolt from the blue. Woods’ plight will always include plenty of peaks and valleys. Only the specific ailment was a surprise, nothing else.