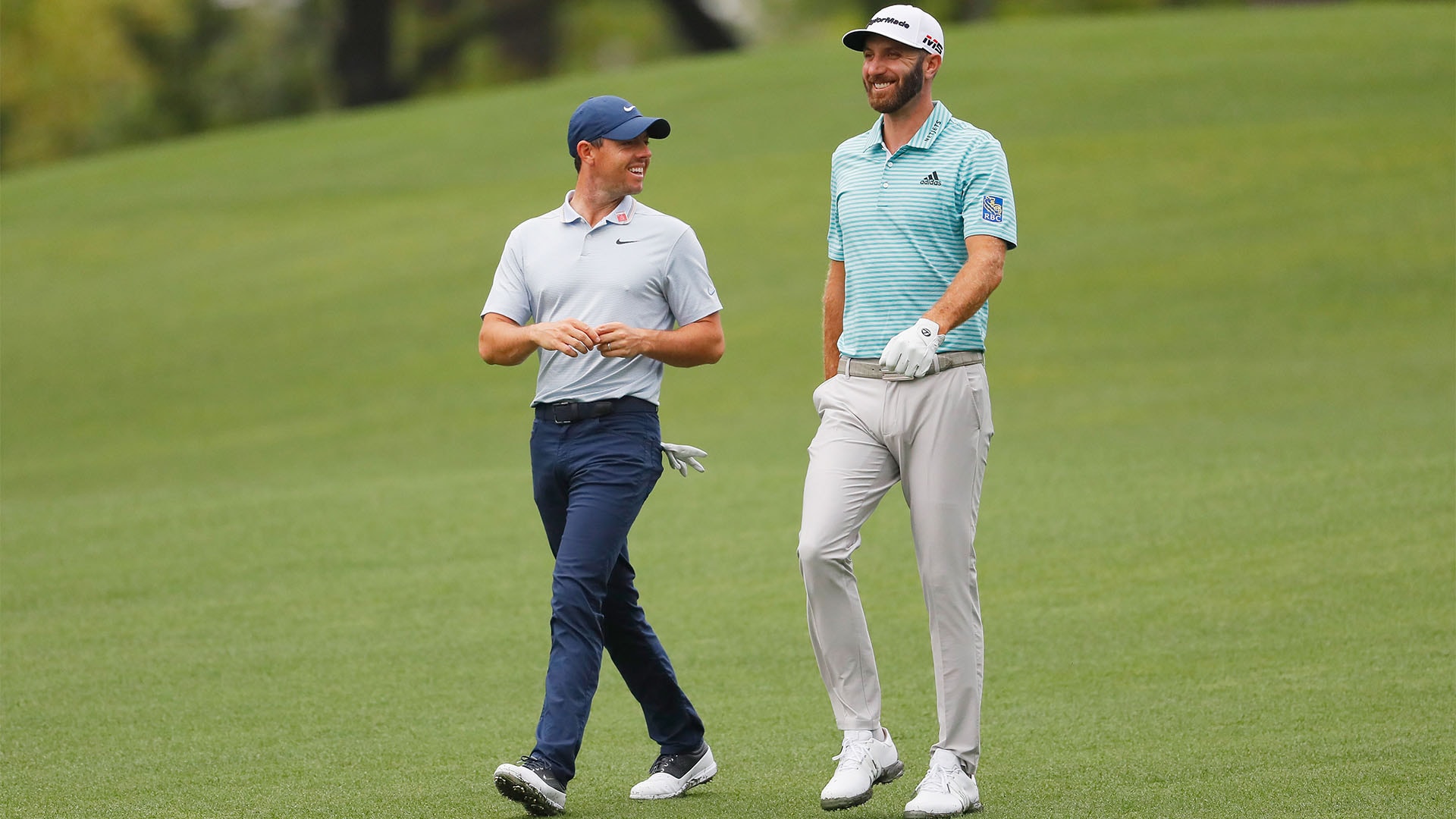 It’s not so much the firepower that Rory McIlroy and Dustin Johnson bring to the match on Sunday at venerable Seminole Golf Club – although the firepower will be impressive – as it is the institutional knowledge.

McIlroy’s father, Gerry, is a member at Seminole and the world No. 1 is a regular at the South Florida gem and understands the layout’s subtle turns and twist better than anyone with a PGA Tour card.

“I think it's Donald Ross's greatest course he ever designed,” said McIlroy, whose last round at Seminole (last Friday) was played alongside one of the club’s newest members, Tom Brady. “Some of the best green complexes in the world in terms of the thought that needs to go into playing your second shots into the greens and then just how thoughtful you need to be on the greens and around the greens.”

And then there’s the whole carrying your own bag deal. “I haven't carried my own bag since I can't remember when,” Johnson admitted.

Matthew Wolff, who along with Rickie Fowler make up the other half of Sunday’s card at the TaylorMade Driving Relief match, would get the nod here, having totted his own bag during the NCAA Championship about a year ago. 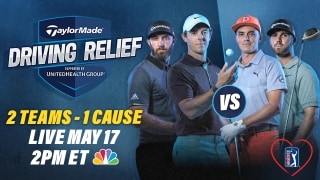 Seminole match may include pool noodle in cups

Will the wind howl as it always does at Seminole? Who will be impacted the most by the layoff that began on March 12, when play was halted on Tour as the COVID-19 pandemic swept across the world?

Sunday’s bout is only a charity match, albeit with a substantial benefit for those that need it the most on the front lines of the crisis. What it lacks in official standing or meaningful competition can easily be overlooked thanks to one simple theme: Golf is back.

For more than two months, the sports world has talked of flattening the curve and social distancing. We’ve dissected the fluid situation and all manner of safety protocols. We’ve examined everything except sports. That changes on Sunday.

Rory and DJ. Rickie and Wolff. Eighteen holes of four-ball skins play on live television. For those who have awoken the last few days at 5 a.m. to tune into Korean baseball (guilty), it’s going to be a reason to finish your chores early and settle into the couch. 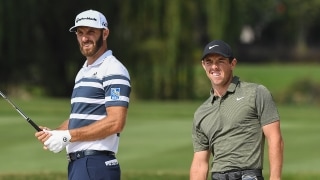 Format details have been announced for the TaylorMade Driving Relief skins match this weekend at Seminole Golf Club.

Those in Las Vegas see this match as a wildly one-sided affair, with Rory and DJ holding a distinct advantage. At 7,265 yards, Seminole would seem to be a perfect fit for the two bombers who ranked second and fourth, respectively, last season on Tour in driving distance. With virtually no rough, few trees and the varying wind, the favorites could easily turn the Ross design into a pitch-and-putt.

“[McIlroy] is a great driver of the ball. He hits it long, he hits it straight,” Johnson said of his partner. “When we do these competitions at the TaylorMade shoots, we're usually within a couple yards of how far it's going.”

Fowler was quick to concur, although that ignores the nature of these types of matches. It also ignores that Wolff isn’t going to be spotting his opponents much of anything off the tee. The 21-year-old ranked 21st on Tour (310-yard average) when play was halted in March.

Seminole would never be defined as a bomber’s paradise and the notion that to the longest go the spoils will be tested on Sunday.

“I think you're going to see us having some fun off the tee, and then from there is where things will get separated on approach shots and putting,” said Fowler, who after McIlroy has the most experience at Seminole.

And then there’s the cliché – over 18 holes, anything can happen – that promises to make Sunday’s match more interesting than the odds suggest.

“I feel like golf is unlike any other sport in the sense that on any given day, anyone can beat anyone, and maybe not anyone, but us PGA Tour pros, we all are working really hard and we all have the ability to fire a low number at any time,” Wolff said. “Being the underdog you could say just fuels me and Rickie a little bit more, but at the end of the day it's going to be fun, and DJ and Rory I'm sure won't back down at all.”

No, this isn’t going to be Sunday at Augusta National or Harding Park (the irony being that this would have been the final round of the PGA Championship before play was halted). And the match won’t entirely fill the sports void left by the pandemic. But it is live sports and it is a start.