Dustin Johnson, a type of American Ryder Cup leader all his own 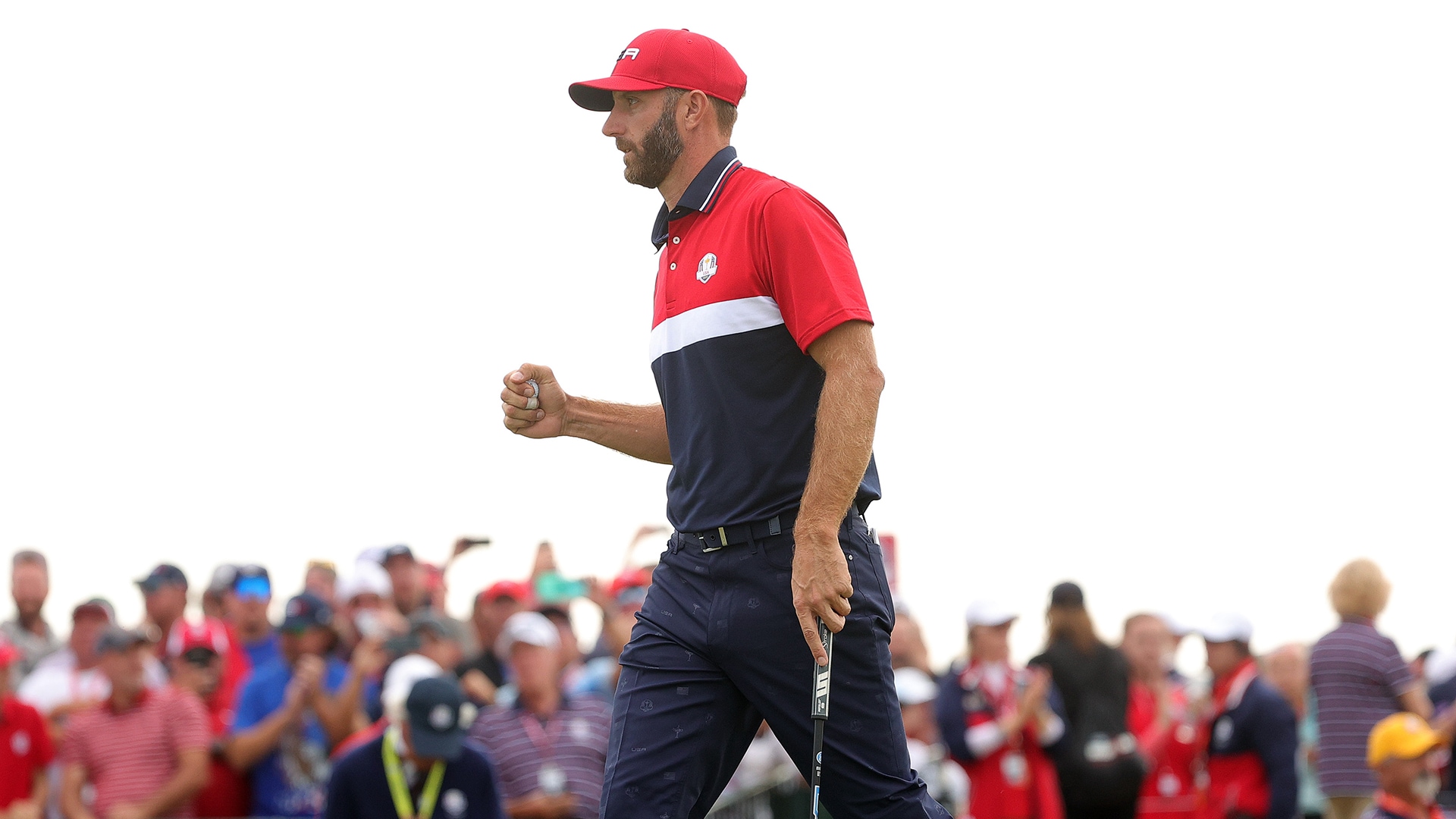 SHEBOYGAN, Wis. – As the victorious Americans' rollicking press conference was winding down amid a haze of cigar smoke and laughter, Justin Thomas, his voice raw following three days of full-throttle JT, was asked about his status as the U.S. Ryder Cup team’s vocal and emotional leader.

“I’m the vocal and emotional leader,” a wild-eyed Dustin Johnson interjected, a correction that was followed by a chorus of more laughter and howls from his teammates.

The irony is that DJ was an American leader at Whistling Straits for countless reasons, just neither emotional nor outspoken.

That’s not DJ’s style. In fact, before last week some would have opined that “American leader” probably wasn’t his style. An accomplished player with multiple major championships and a spot in the World Golf Hall of Fame waiting? Without question. But the vision of Johnson taking over a team room just didn’t connect with the aloof star’s image.

He wasn’t a bad teammate, and he’d enjoyed his share of success in both the Ryder and Presidents cups, but he seemed comfortable leaving the leading to others, which throughout his career either meant Tiger Woods or Phil Mickelson.

But with Woods in South Florida recovering from a February car accident and Mickelson relegated to the sidelines as a vice captain, there was a void on this year’s team. Thomas was the undisputed hype man, a role he relishes and one that seems to bring out the best in him. But quietly and subtly, Johnson set an unmistakable tone.

According to various sources, Johnson played the most practice holes earlier this month when the U.S. team made a scouting trip to Whistling Straits. When the matches began, he took on two rookies as partners and pulled the U.S. side’s toughest matches, but more importantly DJ was the biggest influence in the team room.

“He has matured a lot, but he was like that in every team event I’ve been with him. You tell him to do something, he’ll do something. That’s being a leader,” said Davis Love III, a U.S. vice captain. “In 2016, on Friday, I called him and he hung up on me when I told him he was going to sit out [the next morning’s session], but when I got to the team room he wanted to play ping-pong. He was the first guy in the car with me on Saturday morning to go to the course.”

At Whistling Straits, there were no histrionics, no long-winded speeches, no chest pounding, just a singular focus and the type of attitude captains crave. 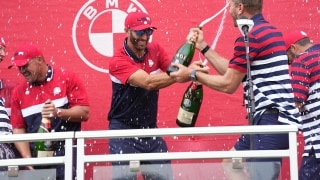 What DJ didn’t say publicly was obvious to anyone who was paying attention. Johnson, the team’s oldest player at 37, was paired with Collin Morikawa, the team’s youngest player at 24, on Day 1 in foursomes play, historically the American’s worst format. Johnson and Morikawa won the first hole, added two more at Nos. 11 and 12 and closed out Paul Casey and Viktor Hovland, 3 and 2. In the afternoon fourball session, Stricker sent DJ out with Xander Schauffele, another rookie, for a 2-and-1 victory over Casey and Bernd Wiesberger.

Stricker’s plan, in retrospect, was straightforward. He wanted everyone to play on Day 1 and didn’t want anyone to play all four team sessions. The Ryder Cup is an exhausting week and captains value rest over almost everything, particularly for the player who was labeled “grandpa” by his teammates.

But after Johnson and Morikawa completed a sweep of the foursomes format with a Day 2 victory over Casey and Tyrrell Hatton, Stricker had a decision to make.

“We didn’t want to play him five this time, but he was playing so good. He partnered so well with both guys,” Love said.

In the afternoon’s anchor group alongside Morikawa, the American ended any hope of a European comeback with a commanding 4-and-3 victory over Ian Poulter and Rory McIlroy. The win secured an 11-6 American lead and set the stage for the U.S. team’s historic victory on Sunday.

“He's a veteran. He's the oldest guy on our team, and it's a very quiet leadership, but he makes his presence known. When he needs to say something, he says something,” Morikawa said. “We met before the six captain's picks were announced. He spoke his mind. He's going to be there when you really need it.”

Late Sunday, with the outcome all but decided, Johnson launched his tee shot 20 feet left of the pin at the par-3 17th hole. Moments earlier, Morikawa had guaranteed the U.S. at least a half-point to technically clinch the Ryder Cup, but a birdie at the 17th hole for DJ would give him the game-winner.

He missed the putt.

“I wanted that one,” he told a member of Team USA on his way to the 18th tee.

There’s always an underlying passion with DJ that goes largely unnoticed, and at Whistling Straits, that understated intensity translated into a clear message to the rest of the team.

“He’s so misunderstood because he comes across as nothing matters, but it means a lot to get a win,” said Claude Harmon III, Johnson’s longtime swing coach. “He told Stricker he would do whatever was needed. In all of these Ryder Cups there’s always someone you don’t think is going to be a leader that ends up being a leader and leads by example. I think DJ led by example.”

For the week, Johnson was the only U.S. player to play all five matches, and his undefeated mark makes him the first American player to post a perfect 5-0 week since Larry Nelson in 1979.

No, Johnson wasn’t the team’s vocal and emotional leader. But then again, he didn’t have to say much; his record and attitude spoke volumes.