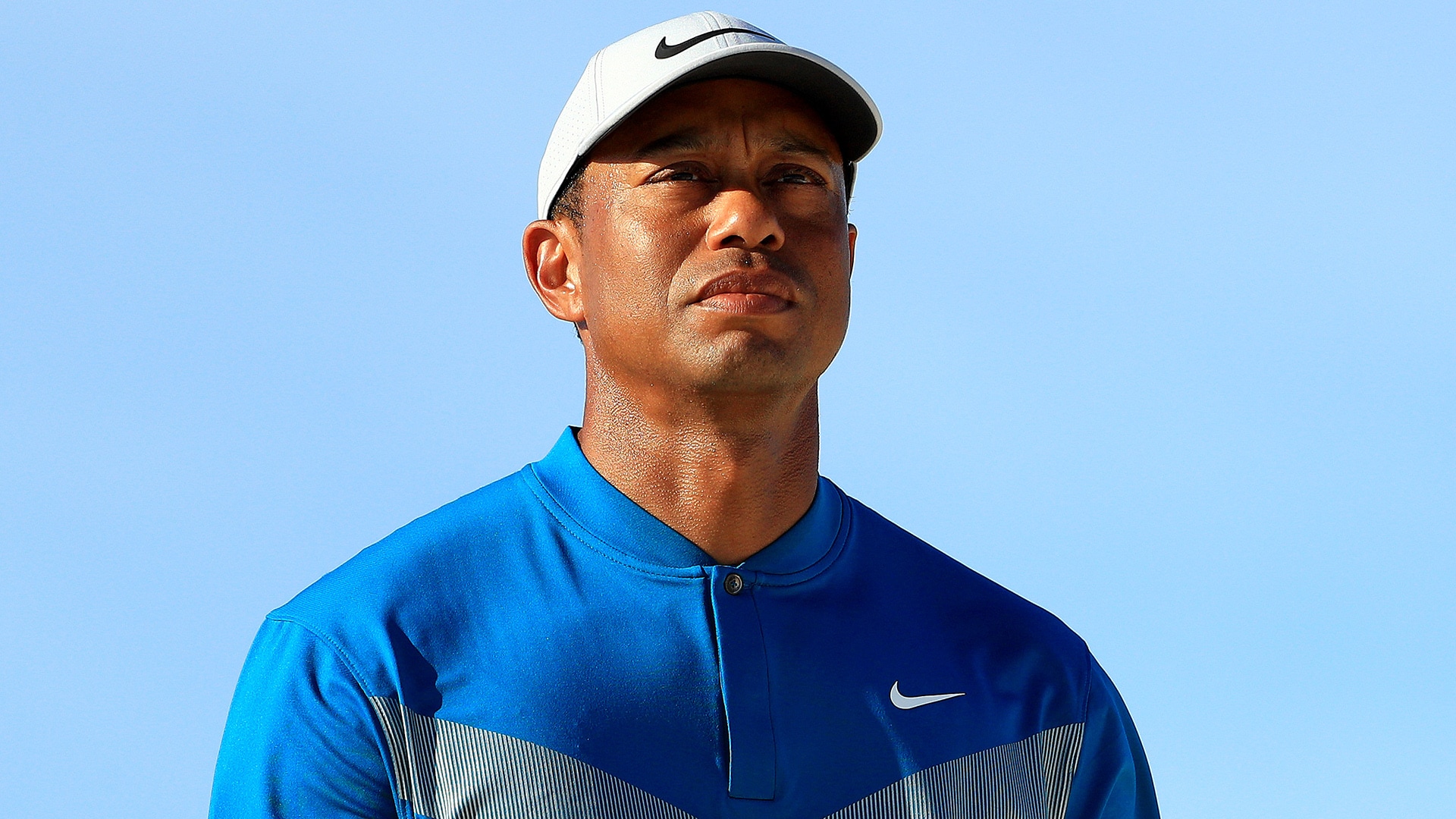 SAN DIEGO – Forget 83. Don’t even mention 18. If Tuesday’s news conference was any indication, the biggest challenge facing Tiger Woods as he embarks on his 24th year on the PGA Tour will be tempering expectations.

Woods has always been something of a modern Don Quixote, tilting at unrealistic windmills. It’s the burden one bears when you rewrite record books, and he’s become adept at keeping the conversation grounded no matter how optimistic things look.

The gathered scribes Tuesday at Torrey Pines had plenty of questions about Woods’ quest for an 83rd Tour triumph to eclipse Sam Snead’s all-time victory mark.

“I really don't think about it because I have to think about all the things I need to do to win the golf tournament,” Woods cautioned Tuesday at the Farmers Insurance Open, where he will be making his 2020 debut. “There's so many different shots I have to play and strategy and thinking my way around the golf course that I'm more consumed with.”

He was asked about this year’s Olympics and how much of a priority qualifying for the Tokyo Games has become.

“There's so much golf to be played, so many big events, major championships, Players, World Golf Championships,” he warned. “There will be some pretty good fluctuating [in the rankings] over the next six months.”

And, of course, he was asked about Jack Nicklaus’ haul of 18 major championships and how his victory last spring at Augusta National, No. 15 on his Grand Slam resume, has brought that possibility back into focus.

“To even get to the number I'm at right now, 15's a lot. Not too many guys who are around have seen that kind of number before,” Woods explained. “It's just going to take time. It took Jack about 26 years to get to it, it's taken me 20 some odd years to get to mine.”

For Woods, being the voice of reason has always been the path of least resistance and the most expeditious way to sidestep a competitively needless conversation – stay calm, Tiger on.

“Let's just get there first, OK?” he sighed when asked how historic it would be to earn his 83rdTour victory at a park, Torrey Pines, that has meant so much to his career. 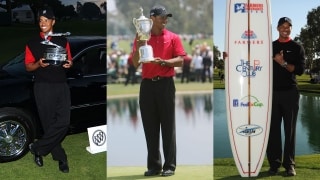 For Woods, there’s nothing to be gained by diving to the depths of an outcome-driven rabbit hole, but given the wave he rides into his ’20 debut, he shouldn’t expect his pleas for perspective to change the conversation.

At an event he affectionately refers to as the “Williams,” a nod to the tournament’s celebrity-driven past when it was the Andy Williams San Diego Open, he’s won seven times. Add in that limping landmark title at the 2008 U.S. Open and Woods has eight pro victories at Torrey.

Since he started skipping Maui in 2005, Woods has started his season at Torrey Pines – or later – every year. San Diego is where he’s gone to shake off rust and, more times than not, he’s proven that there was no rust. He won his season debut at Torrey Pines five times and missed the cut just once (2017).

Unlike all of those other trips to Torrey Pines, Tiger arrives fresh off what can easily be considered the most emotionally inspiring year of his career, and if his play in Japan and Australia are any indication there are few areas of his game that required an off-season nip/tuck.

“I feel like I ended the year on a good note and I felt like my game really didn't need a whole lot of kind of dusting off,” he conceded, before adding a predictable asterisk, “But, as I said, I am putting some new woods in play this week, so I'm going to have to do the testing, making sure they're ready to go.”

Woods’ efforts to temper expectations are understandable but if new woods, specifically his driver, is all that stands between Tiger and Tour history those attempts are sure to be ignored.

Tiger’s health will always be the great unknown, and he did have arthroscopic surgery on his left knee last fall, but his body of work since coming off the surgeon’s table suggests he is, at least at the moment, injury-free – even if he doesn’t paint a perfect picture.

“When I was younger it was I had more good days than bad, feeling wise,” Woods said. “Now at 44 I feel more bad days than I do good days. I think all of you at my age or older can relate to that. I think that's the hardest part about being an older athlete.”

Woods reaches a curious milestone at Torrey Pines, where he will be paired for the first two rounds with Collin Morikawa, who becomes the first player Tiger will play with on Tour who wasn’t even born when Woods turned pro in 1996. (Morikawa was born the following year.)

Perhaps Woods is feeling his age more these days, but he’s certainly not acting his age regardless of his attempts for perspective.