Fresh off his controversial close to 2019, Patrick Reed is once again in the spotlight 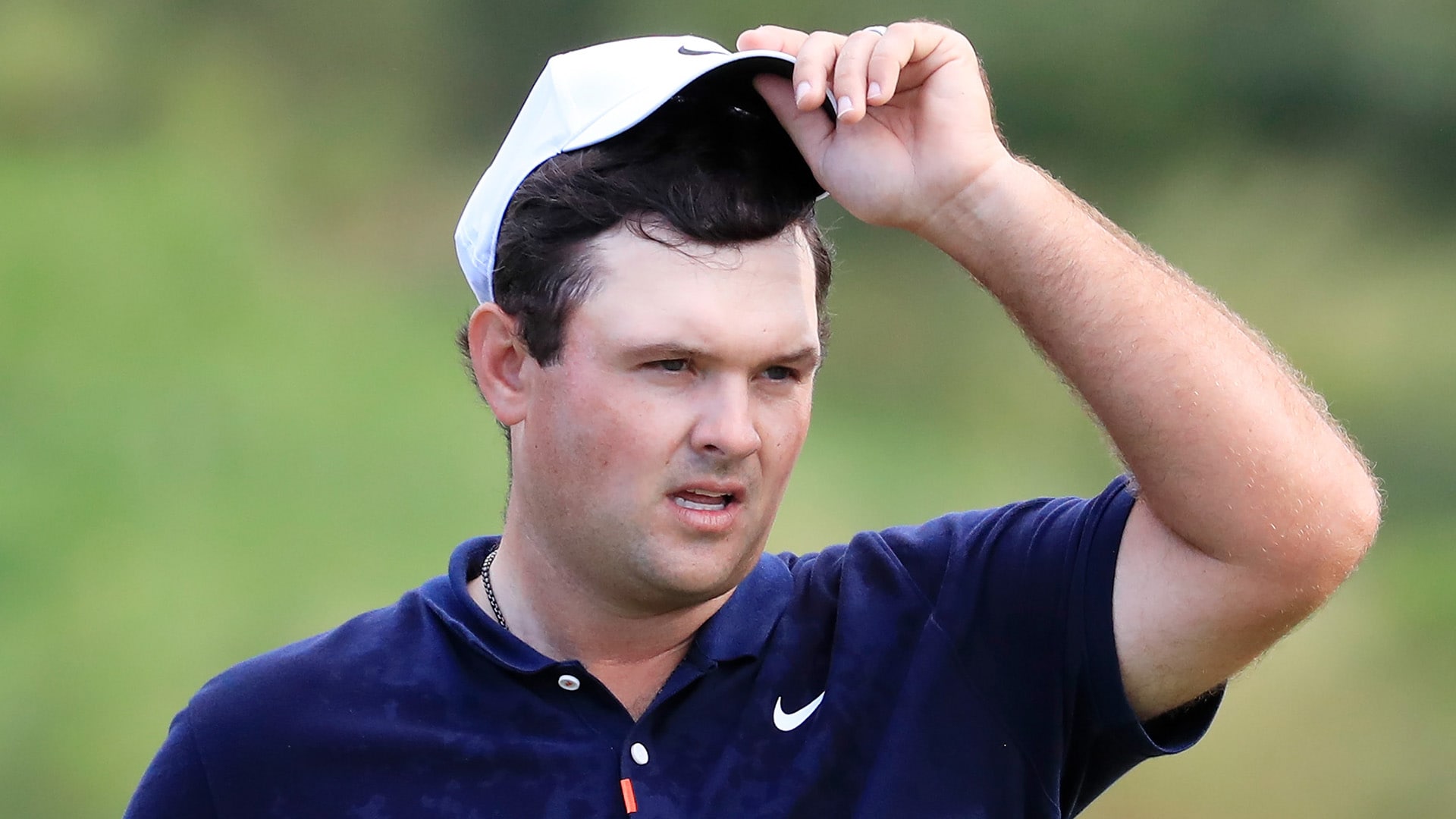 If Patrick Reed is looking to put the controversy of December 2019 behind him, he's on track to do so in record time, in the first event of the new year.

The Artist Formerly Known as Captain America at one point took the clubhouse lead Friday at the Sentry Tournament of Champions on the strength of a second-round 66.

While much of the field was blown away by the sometimes-wild wind and rain, Reed sailed to the round of the day, with eight birdies and just a one dropped shot at the par-5 15th.

It was there that his ball found a penalty area, prompting a search through the high grass. It was eventually uncovered by a volunteer, who also accidentally moved it. Reed then called in a rules official, who told him to return to the ball to its original lie and proceed.

No penalty. No incident. Nothing to see here.

And that’s exactly what Reed needs for a good while. If his name is going to come up, it needs to be for the kind of performance he’s put on over the first two days at Kapalua.

Since a sloppy triple at the seventh on Thursday, Reed has played his last 29 holes at in 11 under par with 13 birdies.

“It was one bad iron swing and one fluke bunker shot, where I skulled it across the green,” Reed said. “I got my head back in the game of golf and started playing how I was supposed to.”

The turning point for Reed on Thursday was actually the abandonment of his trademark draw. His golf ball simply wanted to go right. So rather than fight it, he gave in to hitting a fade a fought his way back from 3 over to a round of 1-under 71.

“I’ve come a long way in learning in the middle of rounds what I need to do to get the golf ball around,” he explained.

“In the past, I wouldn’t have done that. I would have kept hitting the draw and hitting it right and kept on struggling.”

Now he’s just one off the lead held by Xander Schauffele heading into the weekend in Hawaii.

A win in the first event of 2020 would put Reed right back in the news for the right reason. His talent has never been a question; he’s a seven-time PGA Tour winner with a green jacket in his closet.

But his sand-swiping at last month’s Hero World Challenge was the latest addition to a list of controversies that dates back even to his amateur days. Facing intense criticism in the aftermath of what happened in the Bahamas, Reed remained strident. The situation was made worse when his caddie was involved in an altercation with a fan a week later at the Presidents Cup. Reed, a captain’s pick who had gone 0-3 in team play, ended the week with an authoritative, 4-and-2 win over C.T. Pan, a match in which Reed staked himself to a 6-up lead, as the U.S. rallied to a 16-14 win.

Having had some time to reflect, Reed was asked for his takeaway from those two weeks in Albany and Australia.

His answer: “I think the biggest thing is just enjoying going to battle, especially with my team, fighting for my country and playing for the red, white and blue. Especially with those guys going down there, for the captain to believe in me, as well as the team to believe in me to be a pick but also to go out early and earn point, it meant a lot.

“So, it was fun to go out play. I’m glad to be back playing golf and starting the year off, hopefully, correct.”

If you didn't know any better, you'd think it was all business as usual.