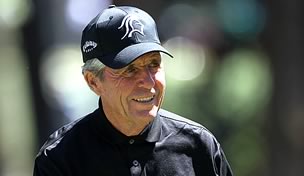 With several players and caddies growing increasingly irritated by the lack of crowd control at Royal Lytham & St. Annes, Gary Player told Reuters on Saturday that the R&A should reinstate the ban on cellphones at the Open Championship.

“It’s tough on the marshals,” Player said. “They’ve got to be detectives as well as direct crowds and keep them quiet?”

Similar issues have arisen on the PGA Tour in recent months, too. The problem came to a boiling point during the first round of the Memorial Tournament in June, when Phil Mickelson withdrew due to “mental fatigue” after an opening-round 79.

After that round, Bubba Watson, who was playing in Mickelson’s group, said of the cellphone issue: “It makes it very difficult. Ever since they made that rule that cellphones are allowed, it’s just not fun playing.”

Tournament organizers of the Open Championship banned the use of cellphones following Tiger Woods’ victory at Hoylake in 2006. They lifted the ban in April, however, and marshals find themselves not only directing the crowd but also scanning for smartphones.

The issue, of course, is not that fans are chatting on the phone while following a group. For the most part, they aren’t that oblivious. No, the issue is the built-in camera, which can be distracting for players if the sound isn’t turned off and a picture is snapped in the middle of their downswing.

Player, in speaking to Reuters, suggested that the R&A follow the precedent set forth by Masters officials.

“Augusta just says nobody brings a cellphone in, and boy, you don’t take one in,” Player said. “You just don’t see it. … You’ve got to do what they do at the Masters; it’s very simple. It’s a matter of organization.” 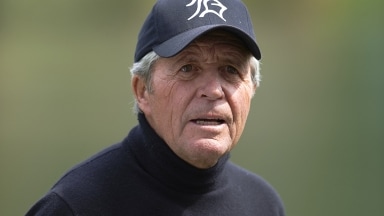 G. Player gets $5 million in legal dispute with son

Gary Player will get $5 million and the rights to his name and likeness back from a company operated by one of his sons. 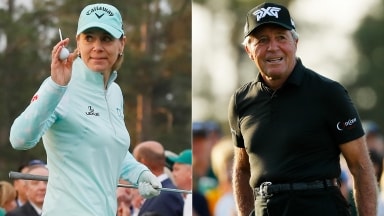 Annika, Player to be awarded Medal of Freedom 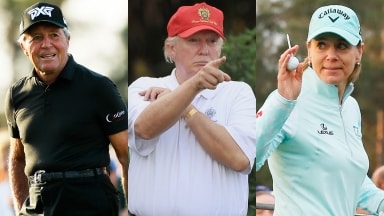