Hall of Famer Charles has used spray for '20 years' 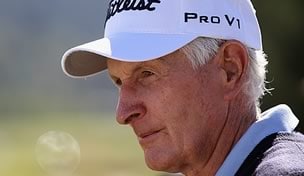 Vijay Singh isn’t the only Hall of Famer to admit using deer-antler spray.

Former British Open winner Bob Charles said that he used and promoted the product for more than 20 years, and was just as surprised as Singh to learn that deer-antler spray contained a substance that violates the PGA Tour’s Anti-Doping Policy, according to a report Thursday by The Associated Press.

“(I was) totally unaware of illegal substances … being in the horn or the antler of the deer,” said Charles, now 76, according to the AP. “I take one or two deer velvet capsules daily and have been doing so for virtually 20 years or more.”

Singh, who turns 50 next month, admitted in a statement Wednesday that he had used the product, but was “shocked” to learn it contained a banned substance and was “angry” to have put himself in this position.

Deer-antler spray contains the chemical IGF-1, which is on the banned substance list, though it is undetectable by the Tour’s drug testers. Singh, however, may be subjected to a suspension. 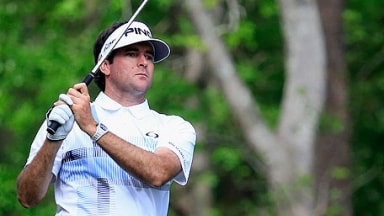 Why have lefties, after more than a half-century of Masters frustration, become a dominant force at Augusta?

Charles beats his age by 10 shots at Swiss event

Bob Charles, 76, went low at the Bad Ragaz PGA Seniors Open, firing a 66 in the second round.