Hideki Matsuyama 'didn't have the greatest warm-up,' but ties course record with 63 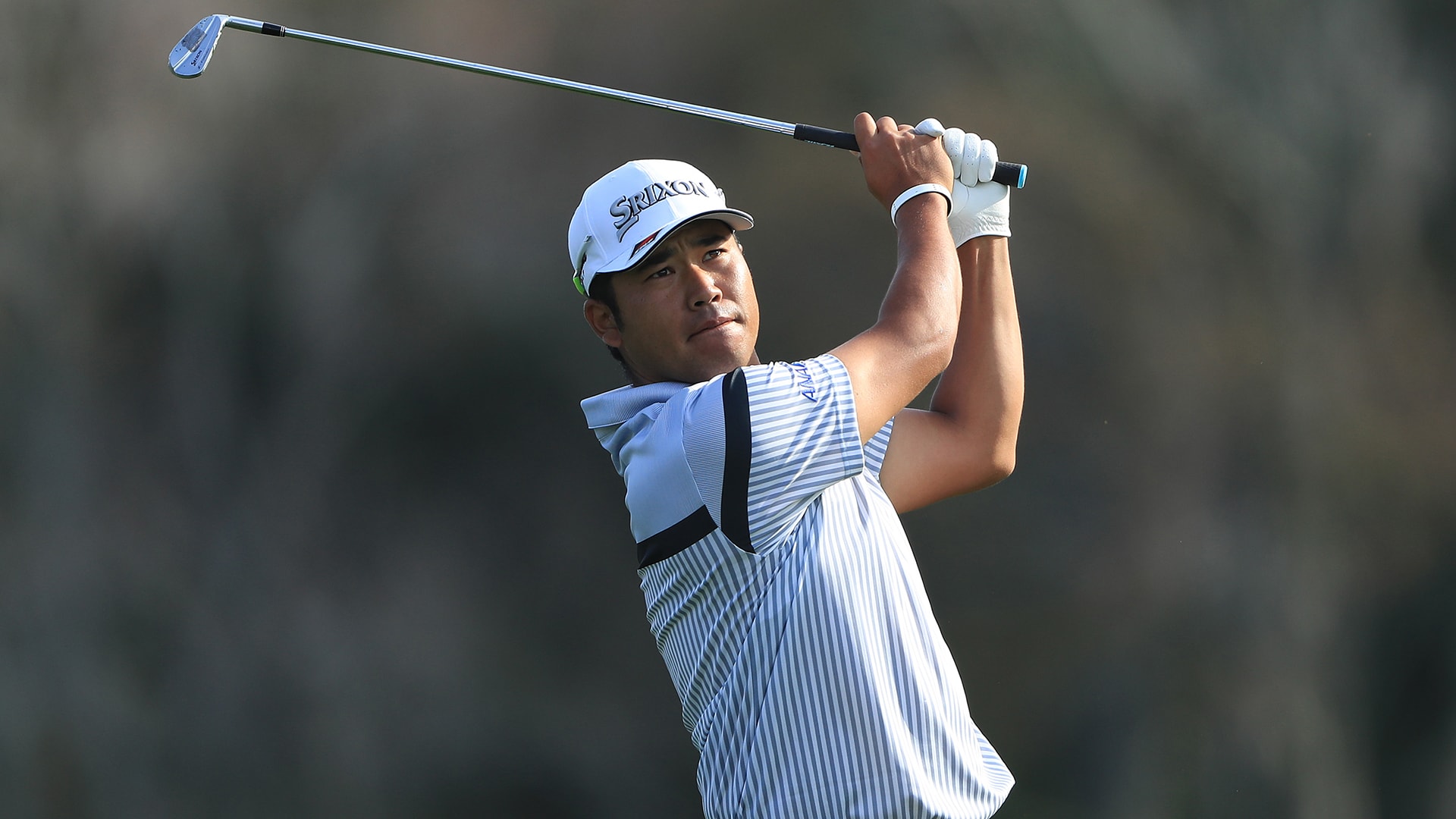 PONTE VEDRA BEACH, Fla. – While the ripple effects of COVID-19 dominated much of the discussion Thursday at The Players, Hideki Matsuyama kept his focus on the task at hand.

Matsuyama moved to the top of the leaderboard in the early stages at TPC Sawgrass, tying the Stadium Course record with a 9-under 63. The veteran carded eight birdies and an eagle against just a single bogey, closing with a flurry by playing his final five holes in 5 under after holing a 25-foot eagle putt on his final hole of the day.

At 9 under, Matsuyama led by two shots after the morning wave as he looks to win on Tour for the first time since August 2017.

“I didn’t have the greatest warm-up this morning, but once play started I got into a good groove,” Matsuyama said.

Matsuyama became the fifth player in tournament history to open with 63. Three of the previous four went on to win the event: Greg Norman (1994), Martin Kaymer (2014) and Jason Day (2016).

After struggling with form for much of the last two years, Matsuyama appears to have turned a corner. He has finished T-16 or better in nine of 11 worldwide starts since October, highlighted by a runner-up finish at the Zozo Championship behind Tiger Woods. He also finished T-5 at the Genesis Invitational and T-6 at the WGC-Mexico Championship, and it didn’t take him long to rebound from a rough weekend at the Arnold Palmer Invitational.

“I’ve been working hard and have a lot of confidence in my swing,” Matsuyama said. “Last week was a tough week at Bay Hill, but today I made some putts and that seems to be the difference of late.”

Matsuyama admitted that it will be “strange” to play the final 54 holes at TPC Sawgrass without fans, following a Thursday announcement from PGA Tour commissioner Jay Monahan, but he expressed confidence that “we’re in good hands” in following the Tour’s policies and recommendations.

“You hit a good shot or make a good putt, the crowd reaction kind of gets you going,” Matsuyama said. “It’s probably going to be strange for all of us, but it’s still golf. We’ll just go out and play our best.”