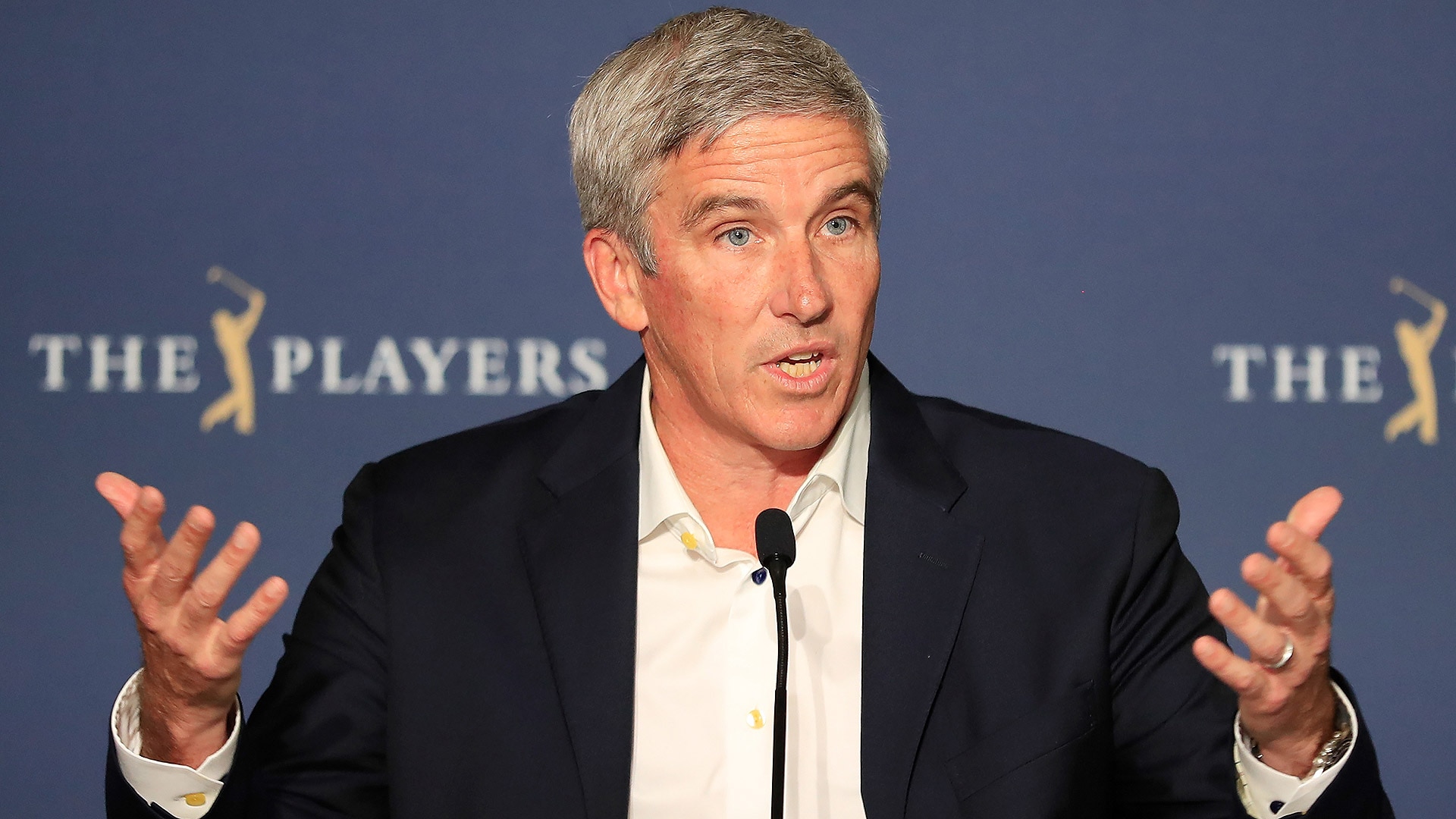 PONTE VEDRA BEACH, Fla. – PGA Tour commissioner Jay Monahan announced on Thursday that the Tour would continue to host tournaments, but not allow fans to attend, beginning on Friday at TPC Sawgrass and running through next month's Valero Texas Open.

Monahan shared that Tour officials had been in consultation with both President Donald Trump and Florida Governor Ron DeSantis in the hours since issuing an overnight release that the opening round of The Players would proceed as scheduled with fans in attendance.

"PGA Tour events, across all tours, will currently proceed as scheduled, but will do so without fans," Monahan said. "It's important to note, that could change, but for the time being, this decision allows the PGA Tour, our fans and constituents to plan, prepare and respond as events develop."

The announcement means the final three rounds at TPC Sawgrass will be played with only essential personnel and media on-site. The same will be the case for next week's Valspar Championship outside Tampa, the WGC-Dell Match Play Championship in Austin and the Valero Texas Open in San Antonio.

Monahan also announced that the Corales Puntacana Resort & Club Championship will be postponed. The event was to be contested March 26-29 opposite the WGC-Dell Match Play in the Dominican Republic.

According to Monahan, that decision was a direct consequence of President Trump's Oval Office address Wednesday night when he announced a 30-day travel ban into the U.S. from certain European countries.

"The recently-announced travel advisories and potential logistical issues associated with players and staff traveling internationally limit our ability to successfully stage the Corales Punta Cana Resort & Club Championship," Monahan said. "Therefore, we're going to postpone that event and will provide details in the coming weeks on a reschedule as the situation develops."

Monahan explained that fans in attendance for Thursday's opening round would be allowed to remain on-site. He shared that Tour officials expected "over 200,000" fans to attend across the course of the week at the Tour's flagship event.

"The fans that are here will be allowed to stay for the rest of the day," he said. "Any fan that is uncomfortable ... we're going to be as aggressive as we can in communicating where we're going, but right now we're comfortable having fans out here today."

The Tour's decision comes after the NBA opted to suspend its season, and multiple NCAA conferences abruptly canceled their conference basketball tournaments in the minutes before Monahan addressed the media at TPC Sawgrass. Monahan explained that the Tour "contemplated" outright canceling upcoming tournaments, but decided that the best course of action was to continue competing with a caution that the Tour's response to the "fluid situation" was subject to re-assessment and possible change.

"We feel like based on where we are in St. Johns County, we feel that this is a safe environment to move forward with a tournament of 144 players with limited personnel on-site, and we're comfortable that this is the right path forward," he said. "But that is something that we'll continue to consider as we go forward."