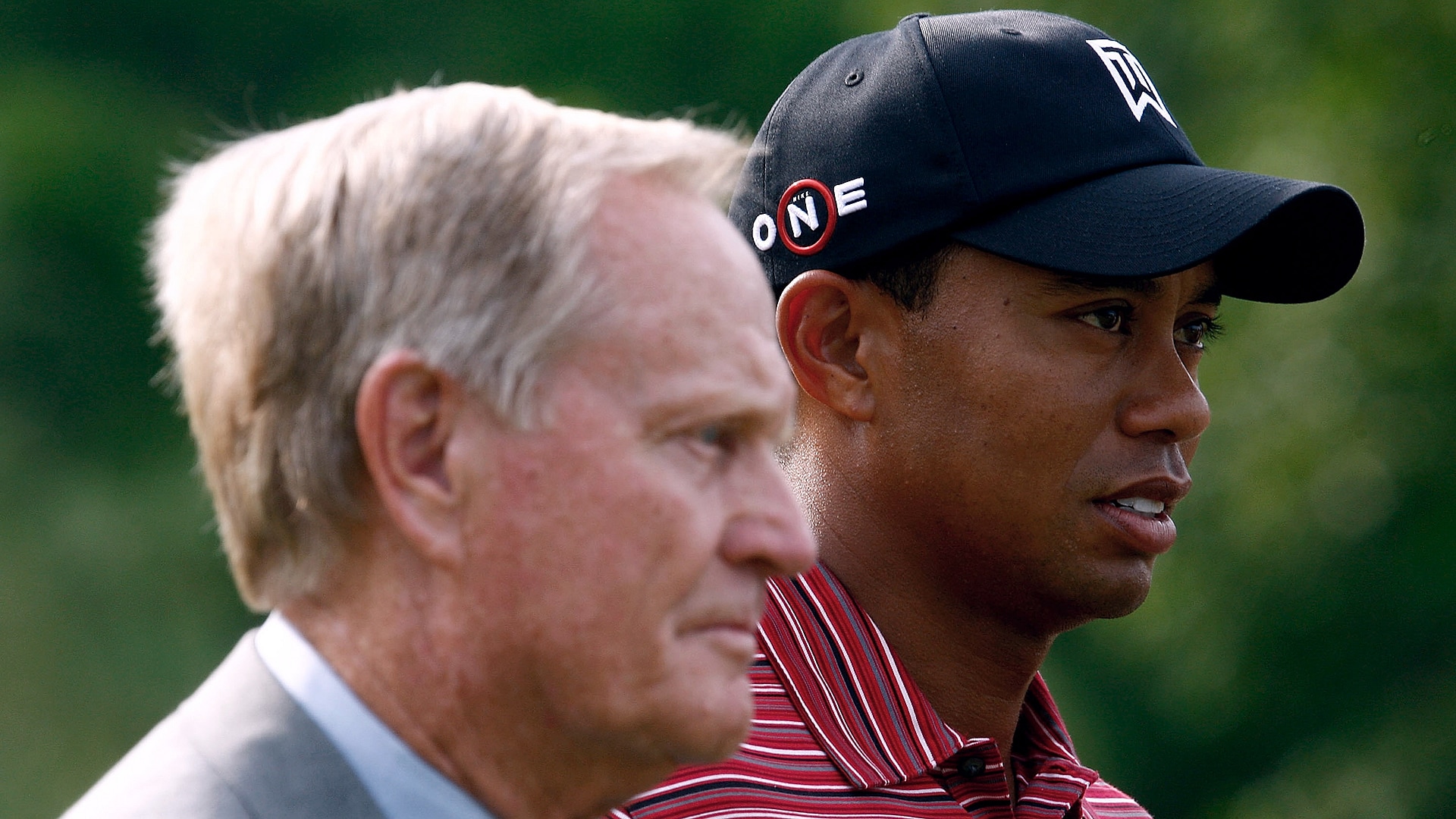 Jack Nicklaus "couldn’t have agreed with Tiger more" in regards to the answers he gave when asked political questions Sunday at The Northern Trust.

Woods was asked about his relationship with President Donald Trump by Pulitzer Prize-winning New York Times reporter John Branch, and responded: "I've known Donald for a number of years. We've played golf together. We've had dinner together. I've known him pre-presidency and obviously during his presidency."

Woods was asked a follow-up question about his relationship with Trump in light of some of the president's policies on immigrants. Woods responded in part, "Well, he's the President of the United States. You have to respect the office."

Nicklaus was on Wednesday's "Morning Drive" with Major Dan Rooney to promote Patriot Golf Day, when he was asked to comment on Woods' response.

“I couldn’t have agreed with Tiger more. Whether it’s Barack Obama or Donald Trump in the office of the president, you respect the office," said Nicklaus, a vocal Trump supporter. "My political views might be different from somebody else’s political views, but it doesn’t make any difference. The office of the president is the head of the greatest country in the world.

"I think Tiger was very appropriate with what he said."

Nicklaus was also asked to comment on Woods' recent form, which has seen him contend in the final two major championships this season.

"I think Tiger’s swing actually looks to be better than it’s ever been. His fusion in his back has not allowed him to dip down like he used to. He’s staying pretty much on top of the ball and I think he’s been very level, which has always, to my opinion, been one of Tiger’s problems," Nicklaus said. "I think he’s swinging very well, he’s hitting it very well. Maybe not made as many putts as he used to.

"He’s a great competitor, he's a great golfer, he’s a great athlete, he’s a good friend, and I continue to wish him well."

As for getting his 80th career PGA Tour win - or his 15th career major victory next year - Nicklaus said it's a matter of overcoming a final mental hurdle.

"Probably the 5 inches between his ears, that’s usually the toughest part for all of us," Nicklaus said when asked what Woods most needed to improve. "Believing that you can do it yourself. He’s gotten himself in position, but he hasn’t quite gotten there, and I think he will get there because he’s too good not to."