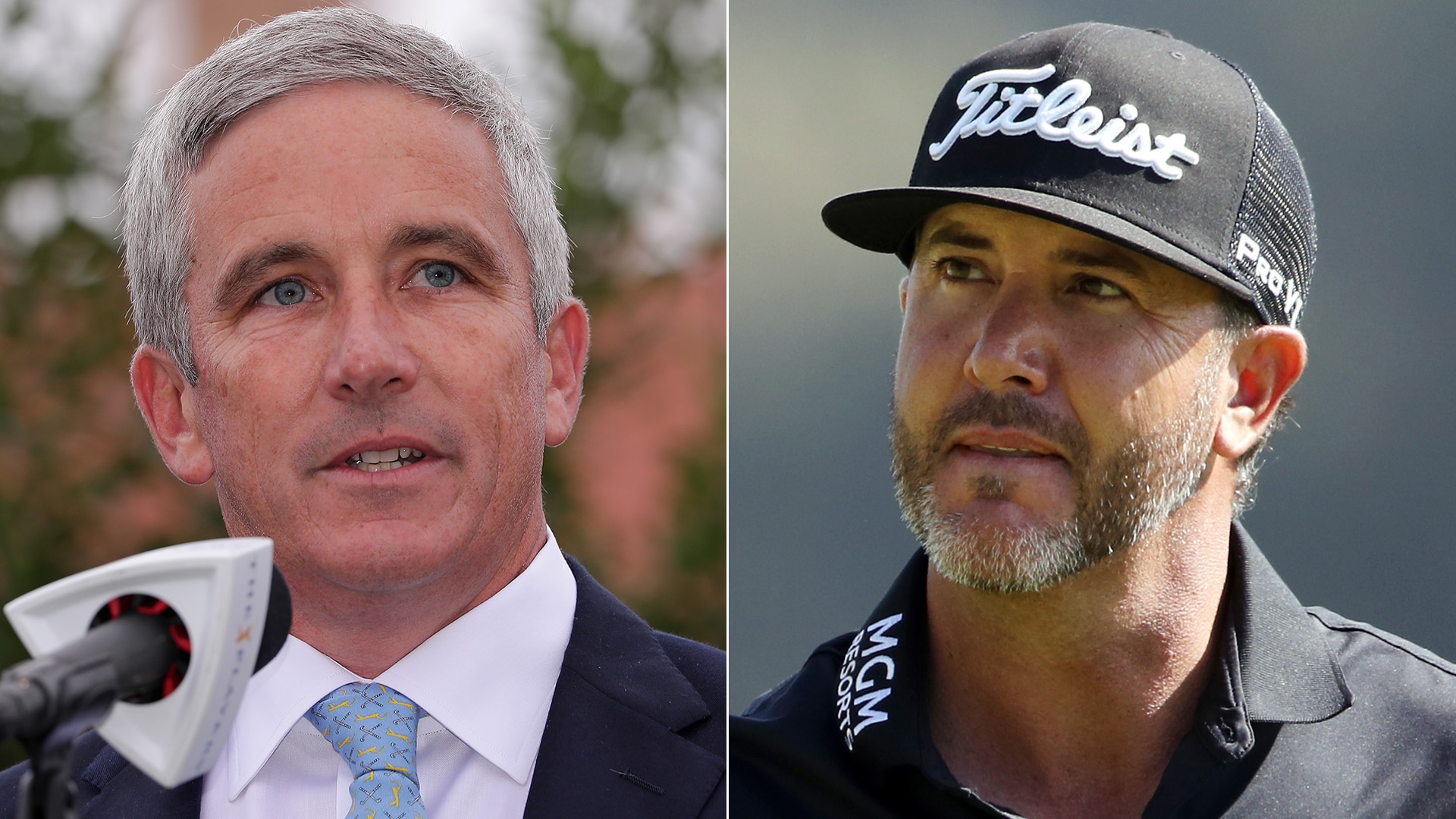 PONTE VEDRA BEACH, Fla. – Titleist and FootJoy, which are owned by Acushnet, ended their endorsement relationship with Scott Piercy last week after he shared a homophobic meme on social media.

Piercy later issued a statement apologizing for the meme directed at former presidential candidate Pete Buttigieg, who is openly gay, as well as his reference to QAnon, a far-right conspiracy theory, but declined an interview request last Wednesday at Bay Hill.

On Tuesday at The Players, PGA Tour commissioner Jay Monahan was asked about the meme.

“My reaction was one of significant disappointment," Monahan said. "That post does not convey the values that we have as a Tour, and certainly doesn't convey our interest in making certain that golf is inclusive for all, an inclusive sport for all ... that post itself is a violation of our policy.”

Although the Tour doesn’t disclose fines or punishments, there are stipulations in the regulations for members that address unbecoming conduct, and the commissioner has discretion to dictate punishments.

“I'm not going to speak to the disciplinary action or the disciplinary side of this, but it's something that we take very seriously. He knows that,” Monahan said. “I think [Piercy] at some point in time will address that.”

Piercy is in the field this week at TPC Sawgrass.