Rahm: 16th at Scottsdale 'most fun ... most embarrassing' 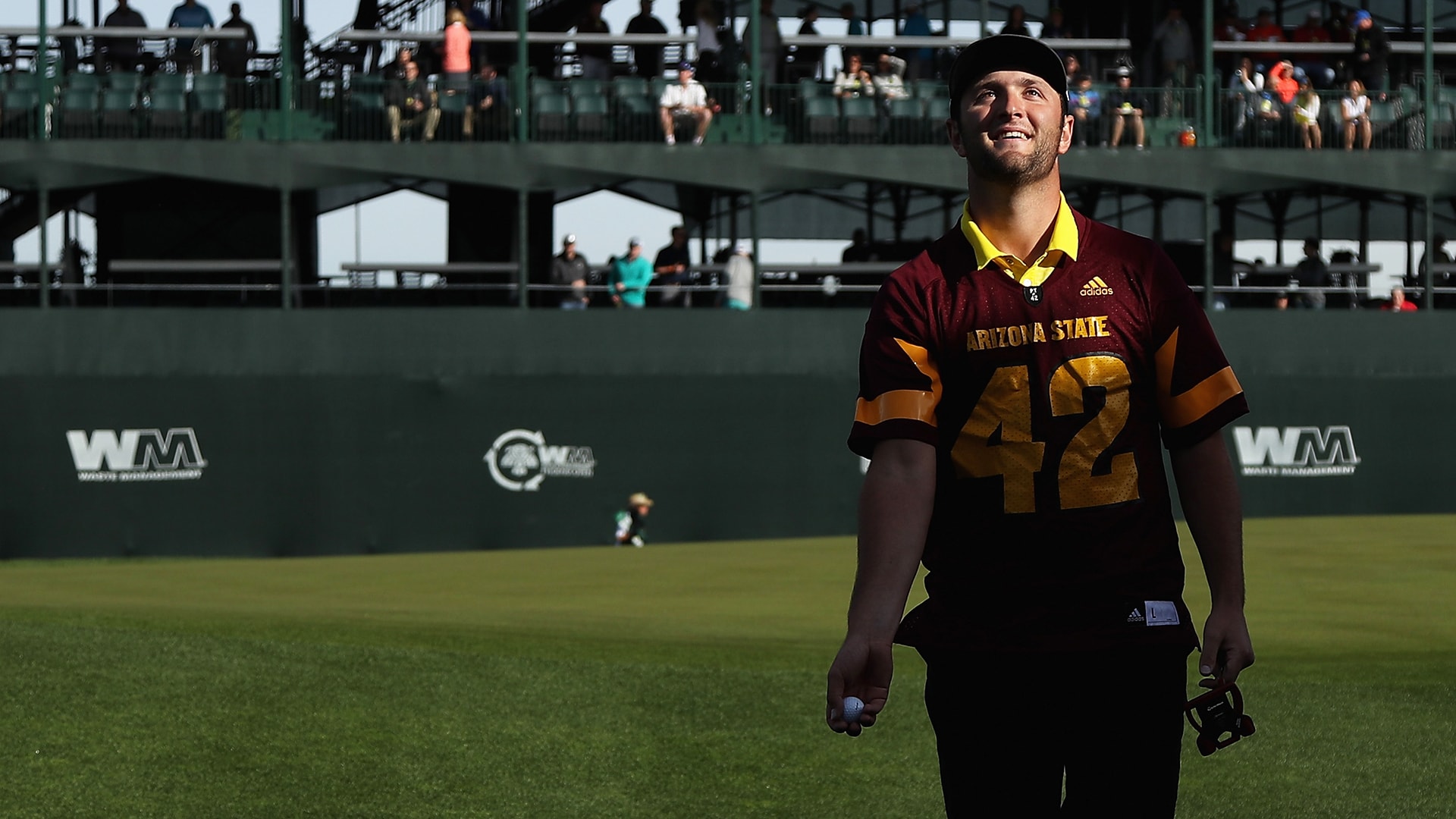 SCOTTSDALE, Ariz. – It should come as no surprise that Jon Rahm considers himself a fan of the electric par-3 16th hole at TPC Scottsdale.

It was at the 2015 edition of the Waste Management Phoenix Open that Rahm, still finishing up his senior season at Arizona State, put on a Sun Devils jersey with “Rahmbo” on the name plate before hitting his tee shot in the final round.

He tied for fifth that week as an amateur, then brought the jersey back out last year in his first WMPO appearance as a pro. While some players bristle at the high-octane atmosphere that surrounds the 163-yard hole, Rahm considers it one of his personal favorites.

“I think it’s the greatest hole there is all year long,” Rahm said Wednesday. “It’s probably the most fun and the most embarrassing you can feel on a golf hole ever. It’s that simple.”

Rahm has been fairly steady during his first few trips into the gauntlet, carding seven pars and a single birdie. And while it won’t be more than a 9-iron for him this week, it’s still a shot that will demand plenty of focus with 20,000 fans eager to jeer any errant shots.

Rahm was even willing to go as far as supporting a plan to play high-volume music on the tee throughout tournament week, even when players are hitting, similar to what was pumped through the grandstands during Wednesday’s pro-am.