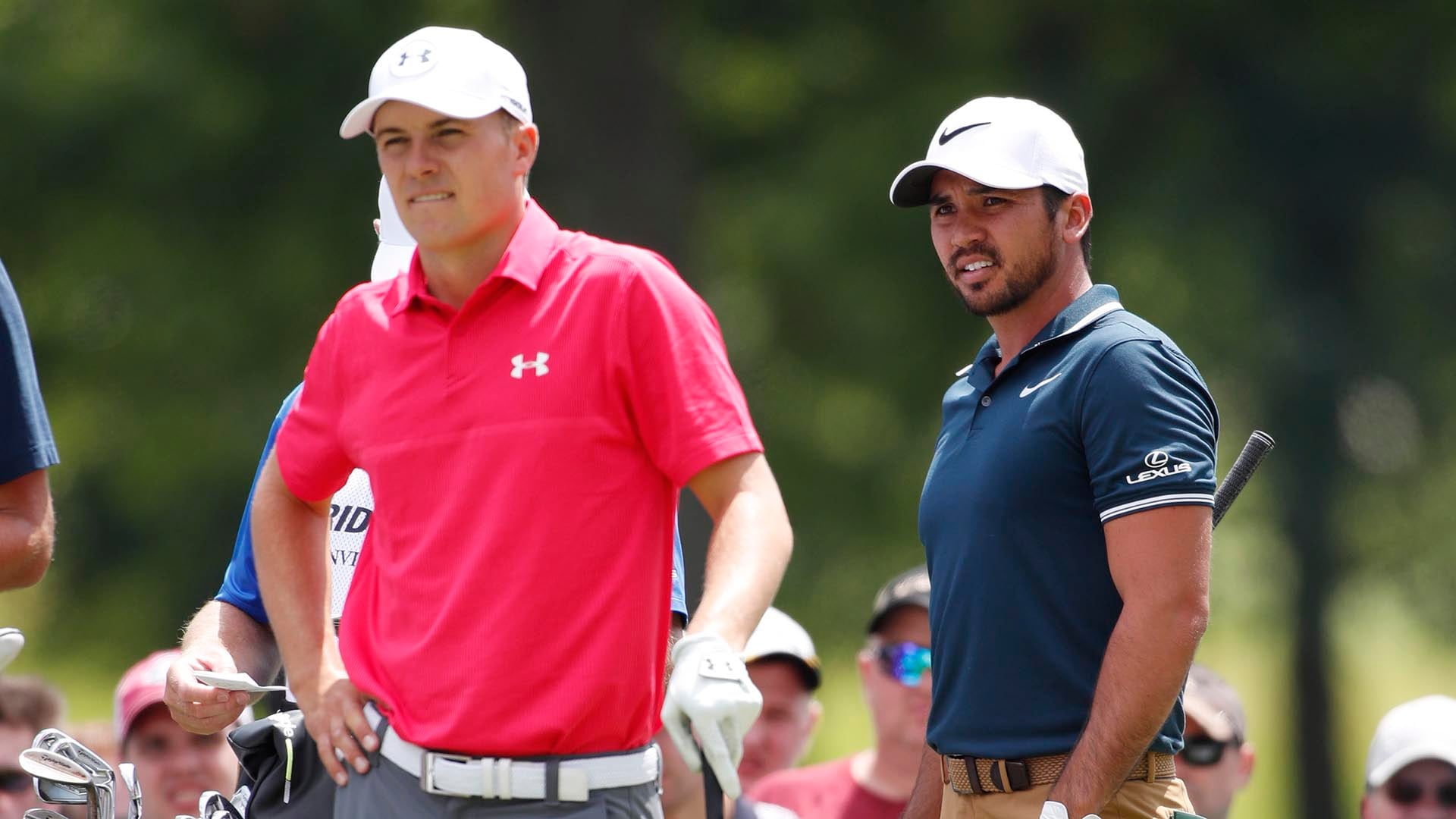 SAN DIEGO – Jason Day gazed over the cliff and down to Black’s Beach midway through his pro-am round Wednesday at Torrey Pines. The idyllic setting is a staple for vista seekers, but for the Australian it felt more like a metaphor.

The tumbling drop down to the surf could just as easily represent Day’s game which has slowly unraveled since the 32-year-old reached the peak of the world golf rankings in February 2017. He's now of 44th in the world and falling.

A few hours later, Jordan Spieth reached the same bluff adjacent the South Course’s fourth hole and could have contemplated his own competitive plight. It's a similar freefall, from No. 1 in the world in March 2016 to his current spot just shy of Day at No. 45.

The two men that once dueled for the top spot begin the year in similarly bleak places, albeit for vastly different reasons.

Day’s plummet has been driven by an ailing back that showed no signs of healing last year and, at least if Day’s own assessment is any indication, doesn’t appear to be any closer to a mend.

“I had two epidural shots last year and they lasted a week. I was coming into most events underprepared and also kind of on the back foot just because of the injuries that I've had,” Day explained.

Although Day attempted to remain upbeat at Torrey Pines, where he is a two-time champion, he conceded that his injury is limiting him to just 30 minutes of practice putting a day, and that he’s been on a “ball count” as he prepares for the new year.

“I'm typically putting two and a half hours at a time every day in my off weeks, so obviously I'm a little bit behind schedule,” he said.

For Day, it was a particularly difficult offseason after having to withdraw from the Presidents Cup with continued back pain. There were few reasons to remain upbeat following his worst year on Tour since 2012. He posted just a single top-10 finish following the Masters, worked with four different caddies and failed to qualify for the Tour Championship in 2019.

“There were a number of things that I was trying to work out,” Day allowed. 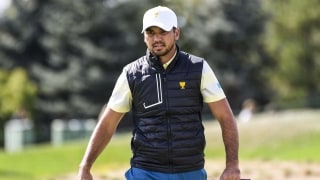 Jason Day was delighted to see the Internationals put up a fight but frustrated he wasn't there to help at Royal Melbourne.

By comparison, Spieth’s plight at least comes with a modicum of opportunity. The PGA Tour’s “Golden Child” has been anything but golden in recent years following two consecutive seasons without a victory or a trip to East Lake.

If Day’s issues can be traced to his back injury, Spieth’s wayward play is the result of more fluid targets. In 2018, Spieth’s once-automatic putting stroke abandoned him and he finished the season 123rd in strokes gained: putting, down from eighth in ’17. Last season, he more resembled his expert self on the greens but “mechanical” issues with his full swing held him back.

“With the full swing, especially as I got into the longer clubs, my timing got pretty off, so I was trying to gather that back to where it was,” Spieth said.

While Day said not being at Royal Melbourne last month for the Presidents Cup made him “angry,” at least he was a part of the International team as a captain’s pick before withdrawing. Spieth didn’t even have the chance to join the American side.

After finishing the season well outside the automatic qualifiers, Spieth conceded that he didn’t deserve a captain’s pick. That didn’t make watching the event any easier.

“It really sucked. I hated not being there to help support the team and be a part of it and gain points for Team USA. That part was really tough, as I expected, but at the same time it's fire to not miss another one,” he said.

To that end, Spieth has a plan to get things back on track. Following an intense offseason with swing coach Cameron McCormick, he’s confident with his game and explained that he reached an epiphany last season that’s helped him through his slump.

“I think from when I was 12 years old on, it's been kind of easier and then at some point it got a little harder, so it's a little bit of OK, a little bit of panic,” he explained. “Then I think last year I did a good job of staying patient with myself and recognizing that it's part of the game and trying to just take each week to make little improvements.”

Both Day and Spieth could desperately use a reset this week at Torrey Pines, but they’ve learned through difficult experiences that it doesn’t really work that way.

Like the beach below the cliffs at Torrey Pines, it’s always difficult to know exactly where rock bottom lies. But the only thing that really matters to players like Day and Spieth is the journey back up.