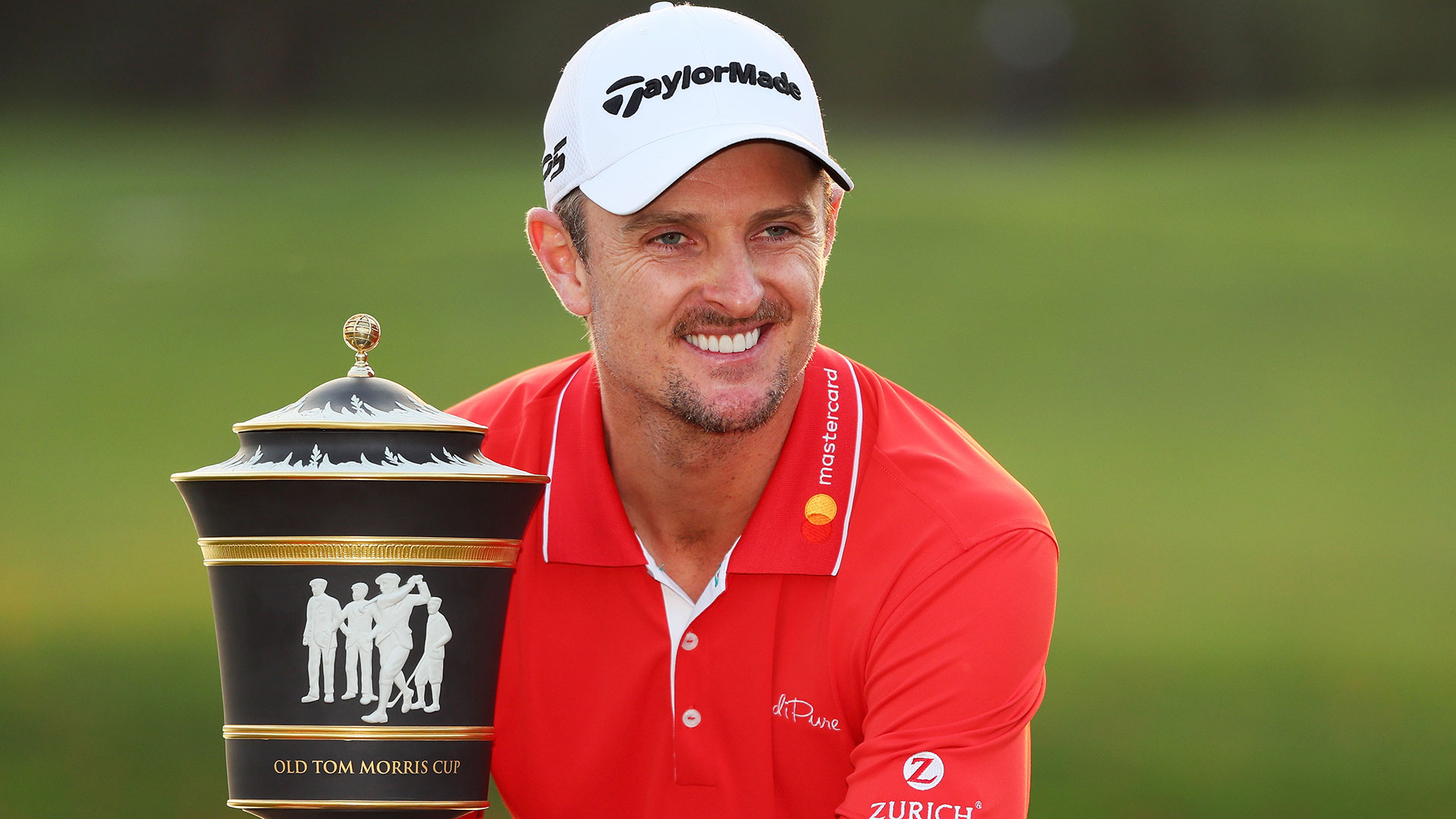 Eight shots behind 54-hole leader Dustin Johnson to start the final round, Rose battled trying conditions to shoot 5-under 67 and win by two over Johnson, Brooks Koepka and Henrik Stenson.

Only two men, Paul Lawrie and Stewart Cink, have erased larger decifits to go onto to win on Tour. Lawrie was 10 behind Jean van de Velde in 1999 at the Open Championship, while Stewart trailed Ted Purdy by nine in 2004 at Harbour Town.

DJ's lead was large enough, in fact, that Rose before the final round was willing to settle for less than victory.

"Yeah, I would say that. Yeah, second place was probably -- I think whenever you're playing behind someone with a lead, [you] try and win the other golf tournament," Rose said. "That's always my mentality. And then just see what happens. The leader, you never expect him to have a bad day, but just in case, play for second.

It was all part of a back-nine 31 that saw Rose capture his eighth PGA Tour victory and first since the 2015 Zurich Classic in New Orleans.

Counting last year's Olympic Games in Rio, Rose has at least one worldwide win every year dating back to 2010.

He is projected to move back into the top 10 in the Official World Golf Ranking.

Compared to his U.S. Open and gold medal victories, it's fair to say this win, no matter how dramatic, doesn't quite stack up. But Sunday's comeback is an accomplishment Rose is nonetheless likely to relish.

"This is a very important title," he said. "Obviously we grow up wanting to win major championships. That's where the role [of] history and legacy is. The Olympic Gold has been an incredible gift in my career. People have been very excited about it. To be the first to win the Gold for a long time, I'm so happy it fell to me. It's been a lot of fun.

"But WGCs, whenever you beat the top players in the world, that gives a tournament victory so much more meaning. And obviously, with a leaderboard like we had today - with Dustin, Brooks, Stenson - I take a lot of pride in winning this tournament."