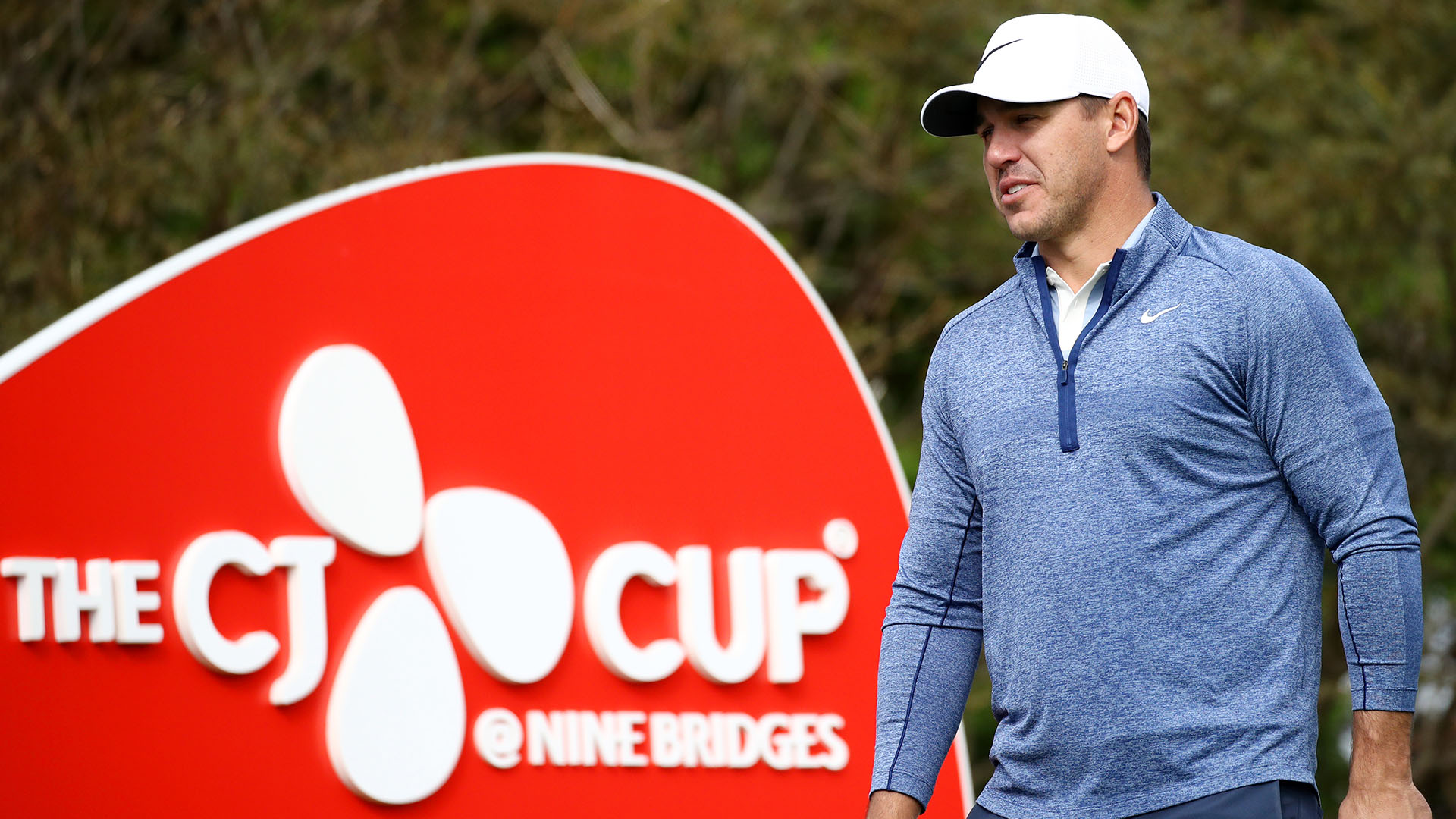 Tournament headliners Brooks Koepka and Justin Thomas each got off to solid starts Thursday at the CJ Cup.

Taking advantage of benign conditions, Koepka mixed four birdies, three bogeys and an eagle for his 3-under 69, while Thomas fired a 68 to sit four shots off the early lead.

Koepka, the defending champion, hit 12 of 14 fairways and 14 greens, but he missed a couple of short putts that kept him from cutting into the lead.

Thomas’ round was slightly more erratic, but he was a perfect 5-for-5 in scrambling. Thomas found the green on the par-3 13th, but he opted for a wedge from long distance, his ball clanking off the flagstick as he tapped in for par.

“To putt it, I had to be so perfect – I would two-putt probably one out of 10 times,” Thomas said afterward. “Chipping it I felt was a lot easier. I could take a lot of the slope out of it and land it past it.”

Overall, Thomas said it was a “decent” start as he looks to win the CJ Cup for the second time in three years.

“I feel like I played a lot better than my score showed,” Thomas said, “but just a good start to the week.”