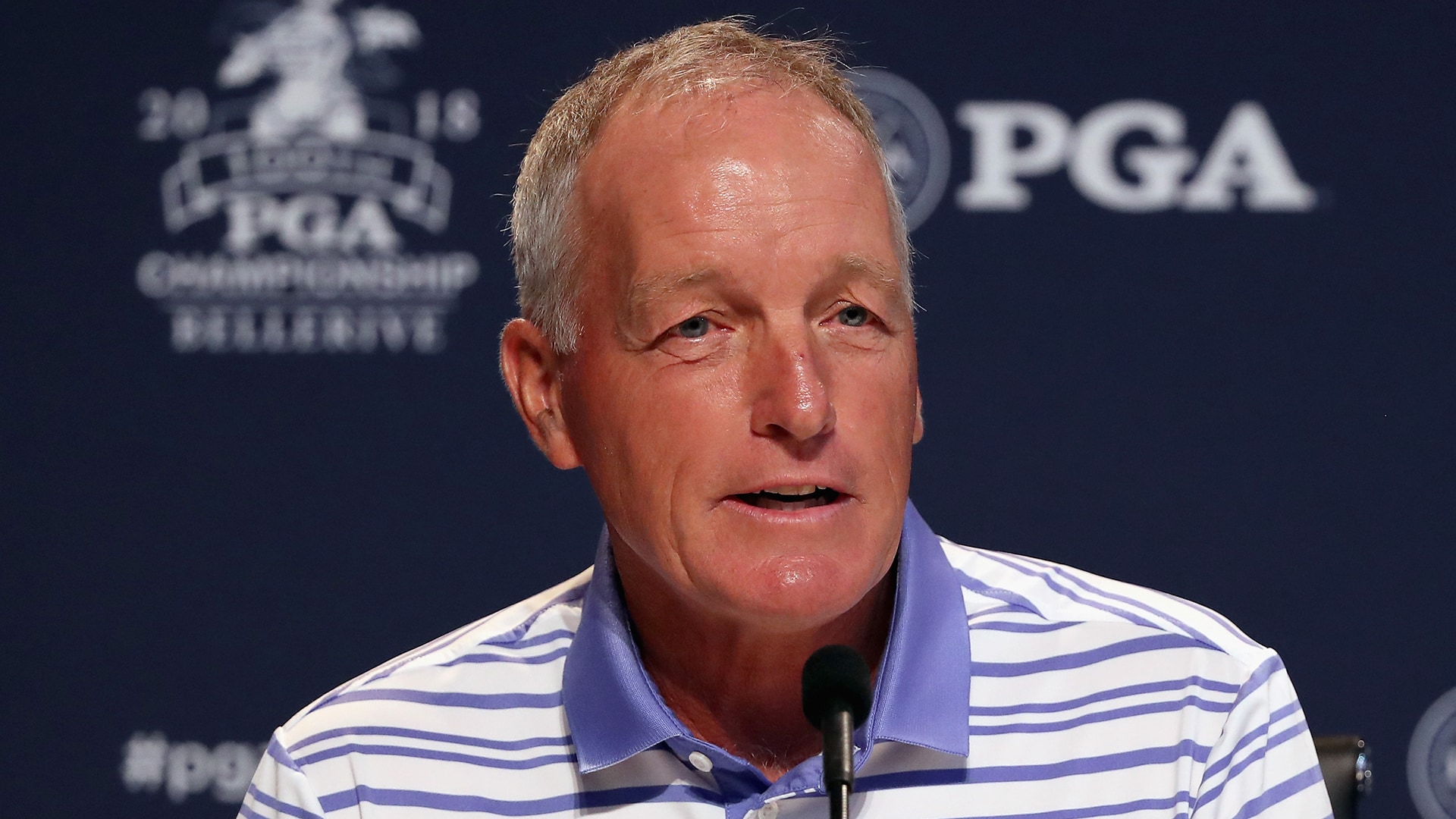 During a PGA of America conference call early Monday someone blithely mentioned this week’s forecast in San Francisco.

Highs in the low 60s, lows in the 50s with just traces of rain and plenty of glorious sunshine.

“The forecast is going to be beautiful,” laughed Kerry Haigh, the chief championships officer for the PGA of America.

This week was supposed to Haigh and the PGA of America’s Super Bowl at TPC Harding Park, that is until COVID-19 rearranged the sporting calendar and kicked the optimistic can to August, an attempt to salvage this year’s PGA Championship.

And the irony doesn’t stop at a forecast that would have been perfect for major championship golf.

When the PGA originally named Harding Park the venue for the 2020 championship, the tournament would have been played in roughly the same slot as it’s now been rescheduled (Aug. 6-9). That changed when the Tour overhauled its schedule last year and the PGA Championship was moved to May.

“By circumstances we are back to the week we had originally planned to be at,” Haigh said from his South Florida home. “There have been no big changes with the date change. Everything we had planned on and how we want the course to play is the same. It’s really just a question of adapting the agronomy plan.”

Haigh’s last visit to Harding Park was in February before Tour golf was halted by the pandemic, and that agronomic plan, although adjusted, certainly benefited from a forecast in San Francisco that doesn’t really change much from May to August. It’s also an apropos twist that the pandemic and California’s strict shelter-in-place mandates have created perfect conditions – at least for those who set up major championship golf courses for a living.

“Since March all courses in San Francisco were closed, they just re-opened last Monday, and five or six weeks of no play was certainly very helpful for course conditioning,” Haigh said. “Once we knew that we were rescheduling the date we started to adjust the agronomy plan now that we’re going to be in August.”

But the benefit of optimal growing conditions is only a fraction of the challenge faced by the PGA this year. The bigger challenge is the same uncertainty faced by every other sport in the age of the coronavirus.

While the PGA Tour is set to resume its schedule June 11 at the Charles Schwab Challenge, the first of four events planned without fans, it remains to be seen how that plan will be expanded to allow for fans as conditions change across the country.

“We are basically going with both plans [playing with and without fans],” Haigh said. “We will restart and build out the infrastructure for spectators but also have an alternative plan if there were to be no spectators. Sort of a Plan A and a Plan A1. Both are continuing to move forward and we’re hopeful things will continue to improve.”

Although California began lifting its stay-at-home restrictions last week, the state is still trailing other areas of the country in its return to something close to normal. Haigh acknowledged there is also a Plan B.

“We have been talking about [possibly changing venues],” Haigh said. “Ultimately, it’s going to depend on what the city, county and state allow us to do and not do. Safety of everyone is utmost in our mind.” It might be somber Monday at TPC Harding Park on what would've been the start of PGA week, but lots of hope still remains.

Haigh and Co. have the added benefit of time on their side. If the Tour is able to restart in June at Colonial, there will be nine events played before the circuit arrives at Harding Park for what will be the year’s first – and season's only – major championship.

The Tour revealed its health and safety plan to players on Tuesday, and Haigh has been advised about many of the planned protocols, including testing of players, caddies and officials, and the need to create a controlled “bubble” around tournament personnel to limit possible exposure.

“Obviously, we want to be doing similar protocols for the safety and well-being for everyone involved. It makes sense for everyone to be aware of what’s happening,” Haigh said. “We will all benefit and learn what worked really well and what might need to be adjusted. It’s new territory for everybody. There’s been a lot of thought and planning in the protocols and it’s certainly our hope to replicate those.”

Harding Park was about halfway through its buildout when play was suspended and the PGA pivoted to August. According to Haigh, everything from infrastructure to the consistency of the rough is on schedule thanks to a few weeks of perfect weather like what’s expected this week.

But then perfect weather this particular week is a little bittersweet for everyone involved.