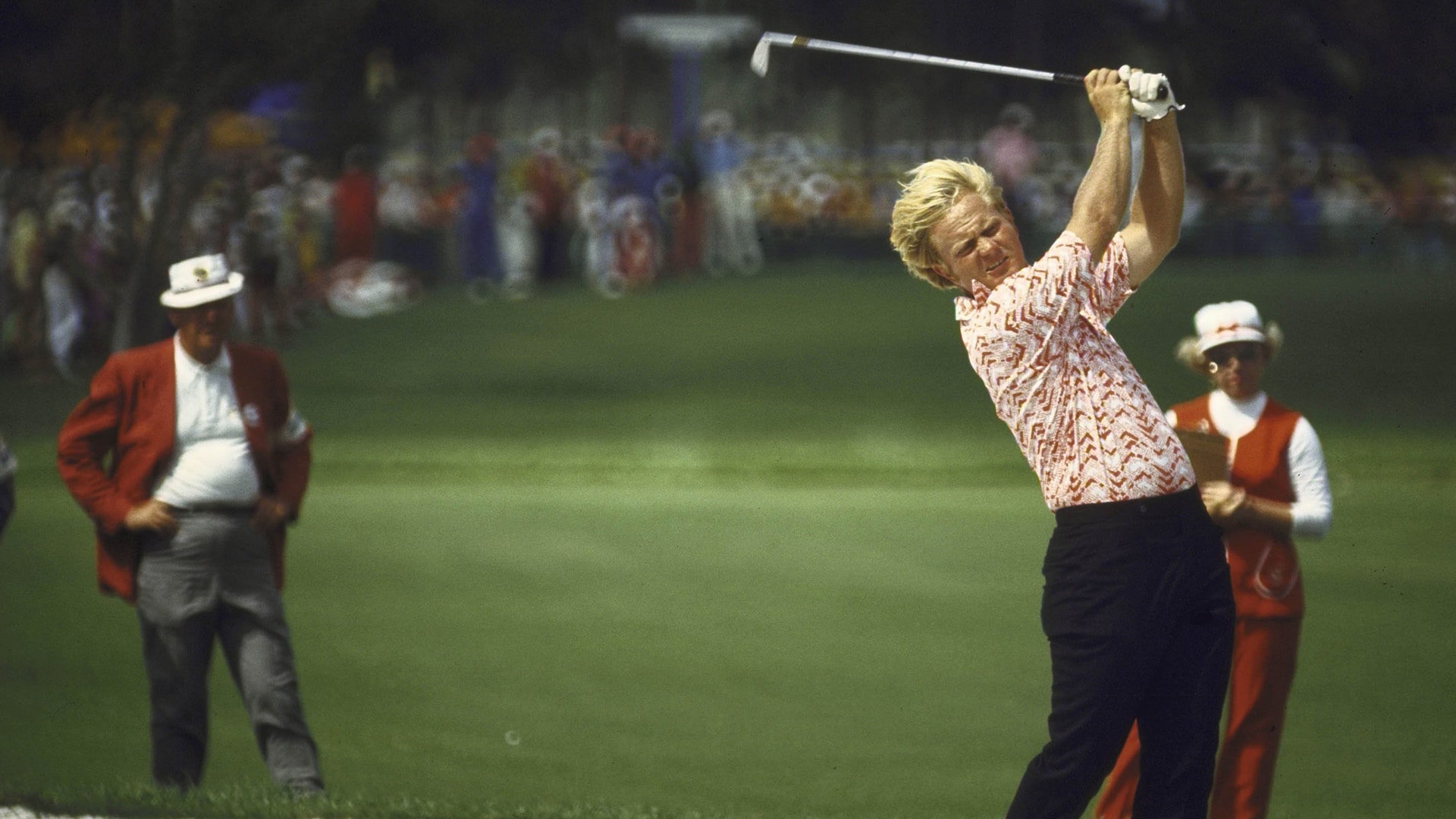 Jack Nicklaus didn’t win a major in 1968 or ’69, the first time he had ever gone two seasons without winning one of golf’s Big 4.

He was recently offered three possible scenarios to explain the “slump.”

You were motivated by making money, not winning majors.

You had a flying right elbow in your swing.

You were overweight and out of shape.

“That could be possible.”

Nicklaus said the 1969 Ryder Cup was the first time he ever got tired in his life playing golf. Those matches were in Southport, England at Royal Birkdale, and when Jack and Barbara got on the plane to head home, he told his wife: “I think I’m gonna lose 20 pounds.”

Jack had never attempted such an endeavor, always worried what a physical transformation might mean to his game. But a business partner suggested Weight Watchers and Jack gave it a shot when he got back to Florida.

He was 210 pounds to start, when he called his clothiers, Hart Schaffner Marx, and told them to be at his house in a few weeks. “I’m gonna need some new clothes,” he told them.

“I used the Weight Watchers diet,” Jack says. “I would go to the golf course, carry four or five clubs and I’d run the golf course and play golf while I did it. That’s what I did for the three weeks I was home.”

Jack was down to 190 in less than a month. When HSM came down, Jack told them to make the clothes fit tight; he was going to lose 5 more pounds.

Nicklaus won his first tournament back in a playoff over Billy Casper in Napa and then went to Las Vegas and won that as well.

“I stayed at 185 pounds for basically the rest of my career,” Jack says.

And as for the attire?

“I was a Mid-Western kid from Ohio who could care less what he looked like as long as I had a clean shirt and a pair of pants,” Jack says of his ‘50’s and ‘60’s style.

But in the ‘70s, Jack’s hair got longer and his clothes got brighter.

The 1971 PGA Championship was held in February because of its South Florida venue. Jack, who had a clothing deal with Hathaway at the time, was enamored with their paisley shirts, patterned in swirls. Hathaway told Jack they couldn’t give those things away and Jack was incredulous and decided he was going to wear one of those shirts every day at PGA National.

Of course, he won.

“Sports Illustrated came out the next week and they had four pictures of me with the four different shirts,” Jack says. “They sold those shirts like hotcakes.”