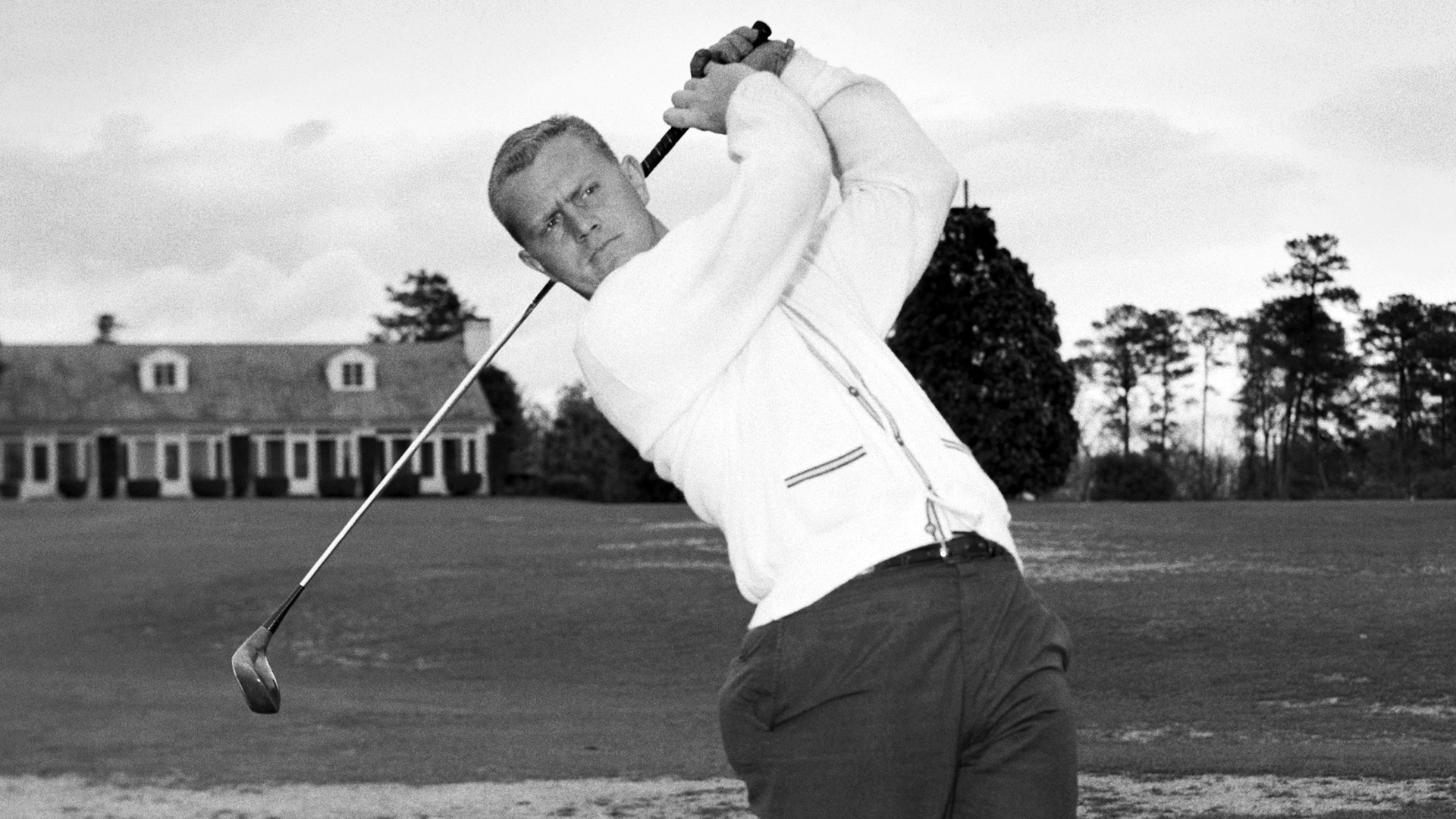 Jack Nicklaus, pharmacist. Doesn’t really have a ring to it.

Jack Nicklaus, insurance salesman. That either.

Nicklaus, who began at the Ohio State University in 1957, tried his hand at the latter during his school years and eyed a profession in the former.

Jack’s father, Charlie, a pharmacist in Columbus, talked him out of a career filling prescriptions, saying, “Why don’t you do something that you could actually use your golf, and develop.”

So Jack switched to business school. To make some money along the way – he and wife Barbara got married in July 1960 – Nicklaus got a license to sell insurance policies, which he tried to do to his fraternity brothers.

“I did that for about a year and a half and then decided I was gonna go play the Tour that year, and then come back.”

That was the start of 1961. By then, Nicklaus had competed in a pair of Masters, nearly won the U.S. Open, was a U.S. Amateur champion and a Walker Cup team member.

Nicklaus played the circuit until September - won another U.S. Amateur title - and then went back to school, saying he had only two quarters to finish.

“I had plenty of hours to graduate, but didn’t have the right majors after being in pharmacy and going to business,” he says. “And so I went back and I went to all my instructors at that point in time and told ‘em, ‘Guys, I’ve committed to go two weeks in Australia in November.’ My grades were good.

“Well, I had five classes. I think four of the instructors said, ‘Fine, no problem.’”

Nicklaus said a new professor complained to James McCoy, dean of the college of commerce, and Mr. McCoy responded with, “Jack, I can’t have a student of ours going to Australia, playing golf when you’re enrolled here.”

Nicklaus said he tried to do some correspondence course work via the University of Wisconsin, but “I just could never get back into it.”

And so, with son Jackie born in Sept. 1961, Nicklaus embarked on a professional golf career in November.

“He did get a[n honorary] degree from [the University of] St. Andrews,” notes longtime Nicklaus chronicler Kaye Kessler. “Very interesting that he got more degrees after college since he never finished Ohio State.”