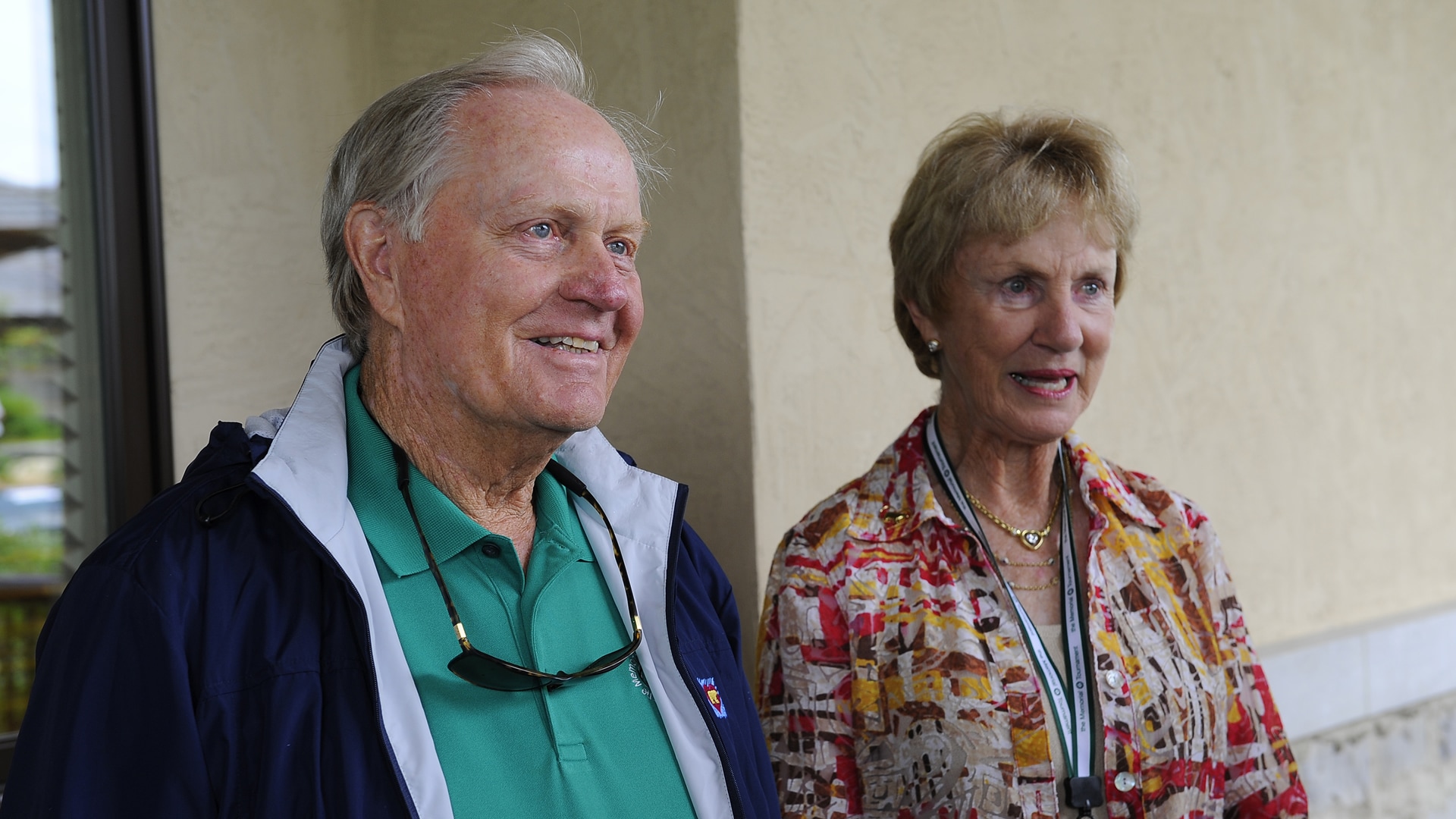 When you’re fighting for life – yours or another’s – to give up is not an option.

There was a girl born in Minnesota. Doctors told her family that she had an inoperable heart condition. All you can do, they told Mom and Dad, is take her home. And wait for her to die.

Not an option. The family, instead, brought their daughter to Miami, Fla.

“We didn’t give up on her and she survived,” says Redmond Burke, chief of pediatric cardiac surgery at Nicklaus Children’s Hospital.

“The Nicklaus’ knew her story and they felt responsible for her and so they went to Minnesota and visited that family,” Burke says. “I can’t imagine getting a phone call, ‘Hi, this is Jack Nicklaus. We’d like to come by and see how your child is doing.’ But that’s the kind of people they are.”

Their dedication to improving and saving children’s lives goes back to when their 11-month-old daughter, Nan, was taken to a hospital in Columbus, Ohio. She had been having difficulty swallowing for months, often choking. Doctors did a bronchoscopy – with an adult, not a children’s bronchoscope – and found out she had inhaled a blue crayon. When they tried to a remove it, a piece broke and dropped into her lungs.

“Right into pneumonia,” Barbara says. “She was intensive care for six days.”

“They didn’t know if she was going to make it,” Jack says. “But they saved her life. We always felt, from that point on, that if we ever had the ability to help people, we wanted it to be children.”

“When I first got to this hospital 21 years ago, this was an empty field we used to have to land out helicopters,” Burke says.

“And now, because of Jack and Barbara and their foundation and their generosity, this building now stands here. All of those families can sleep with their babies in the cardiac Intensive Care Unit and be with them, side by side.

“It’s the best kind of care. … I’ll be forever grateful for that.”

And, as we know, their involvement isn’t just financial, much more than the millions of dollars they’ve raised and donated.

Ralphie was born with pulmonary hypertension. Doctors at their hospital said his only chance at life was to go to the Nicklaus Children’s Hospital, 15 minutes away, which had a special machine that might save him.

“He had a 10 percent chance of survival, we were told,” father Ralph says.

“Doctors are telling you we’re gonna do this procedure, that procedure. Put little tubes through his aorta, put another one to his jugular vein. You know, this little baby next to this big machine that’s working for the heart and lungs for him. It was really overwhelming.”

Which is why the hospital doesn’t let parents go through something like this alone.

“At arrival, the nurses and social workers – it was all about taking care of us, too,” says mother Claudia. “He was on a life support machine. … It’s a roller-coaster of emotions and there was always someone to take care of us.”

Ralphie was alive but externally lifeless. A machine sustained him. His mother and father held his hand. It was all they could do, afraid to leave the room in case the tide turned for the worse.

Ralphie gradually got better. He had to learn how to breathe, how to eat, things he was never allowed to do instinctively at birth.

“He is rambunctious,” Claudia says. “Full of joy.”

And he’s met the Nicklauses.

“We’ve been to their house,” Ralph says. “Jack gave him some putting lessons in his backyard and they even ate some Jack Nicklaus ice cream together.

“Amazing family. We saw his trophies, from his Masters and U.S. Opens. We are blessed that they are part of this community.”

As for the hospital itself and its employees, the Espinosas are “eternally in debt to them.”

They’ll never forget the cafeteria lady who sang to Ralph every morning when he got his coffee. Or the nurses who stood alongside them, day after day. The doctors they saw again and again.

“They’ve become our friends. They ask me, ‘What did Ralphie dress up for Halloween?’ They call him on his birthday,” Claudia says. “And the Nicklauses are Ralphie’s friends, too.

“Their humanity is amazing.”