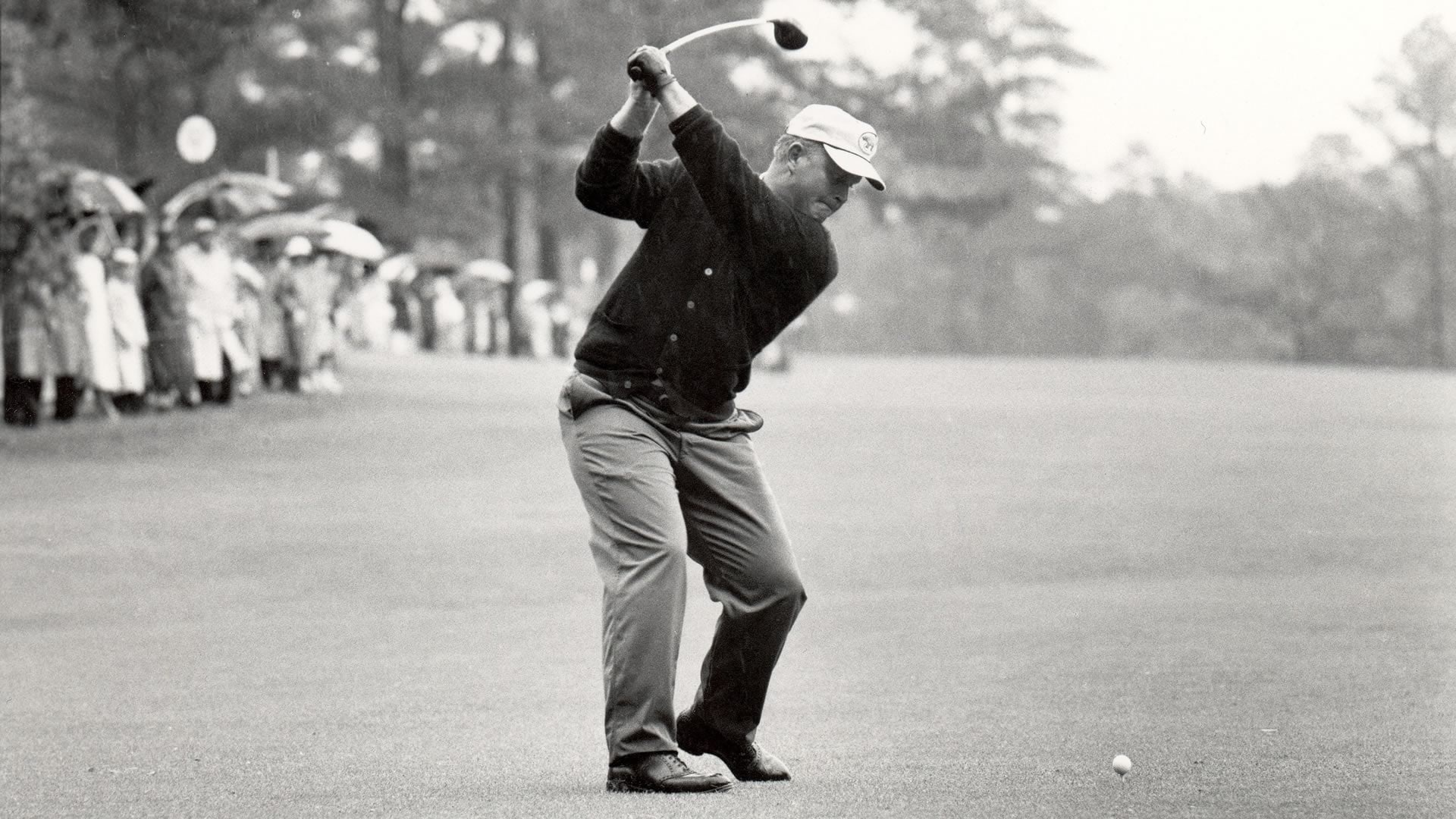 Power fade, that’s Jack Nicklaus’ calling card. But you don’t become the greatest player of all-time, nor win six Masters titles, without being able to hit a draw.

In 1963, Nicklaus was playing in an event in San Francisco when he hit an 8-iron into a green.

“I hurt something in my hip and by the time I got to the green I could hardly walk,” he says. “I didn’t think about it a whole lot. The next day it kept hurting and I missed the cut for the first time.”

Jack went to see the San Francisco 49ers' team doctor, who told him his issue was tendonitis. He gave him a cortisone shot that Friday and another one on Monday morning, then Nicklaus was off to Palm Springs for what was most notably known as the Bob Hope Classic.

“I couldn’t swing left to right, no chance. So actually it was a good thing it happened to me because all I could play was right to left, to get my hip out of the way,” he says.

Nicklaus ended up winning that week and, as a historical footnote, that was the first time he and caddie Angelo Argea worked together.

The next event was in Tucson, Ariz., where Jack received three more cortisone injections. After that week it was back to Columbus, Ohio for another doctor visit and more shots.

A couple of weeks before the ’63 Masters, Nicklaus said he was in New Orleans when he hit a 9-iron out of the rough. He took a mighty lash and heard a booming pop.

“It was the tendon slipping back over the bone,” he says. “That’s all I had wrong with me. I suppose today they would have found that out in a minute, manipulated it back into place.

“My hip problem went away … I went to Augusta. The benefit of the spring was that I learned how to play right to left. I used that to my advantage.”

Nicklaus won his first Masters that year by one shot over Tony Lema.

“I say my hip injury probably helped me win the Masters,” Nicklaus surmises. “It was a blessing in disguise.”