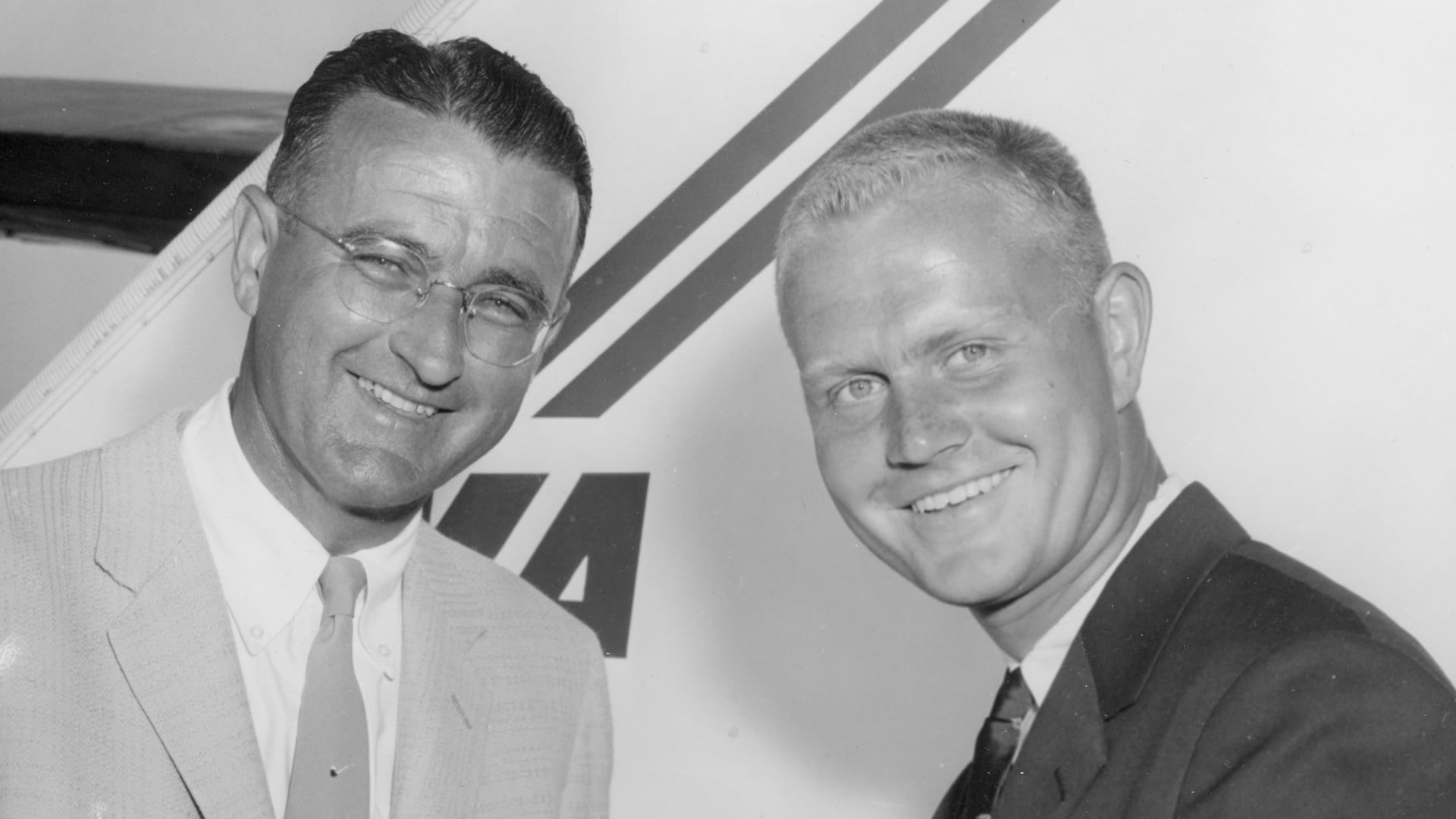 They describe him in simple terms, which is appropriate, because his methods were just that.

“A wonderful gentleman,” says Robin Obetz, also a friend of Jack’s for over five decades.

They aren’t describing Nicklaus, but rather his teacher, Jack Grout.

John Frederick “Jack” Grout was born in 1910, in Oklahoma City. He moved to Ft. Worth, Texas in 1930 to assist his older brother, who was the head pro at Glen Garden Country Club. There, the younger Grout befriended a pair of local juniors: Ben Hogan and Byron Nelson.

Jack Grout played professionally for several years and had moderate success, never winning what would count as a Tour event. In ’37, he moved to Hershey, Pa., to work as an assistant to Henry Picard at Hershey Country Club. He furthered his knowledge of the swing, learning from Picard, who had learned from Alex Morrison.

In 1950, he took the head pro job at Scioto Country Club in Columbus, Ohio. It was there, while recruiting kids for a junior clinic, he told Charlie Nicklaus to bring his boy.

Jack N. met Jack G. when he was 10 years old. He had just started the game after his father gained membership at Scioto and moved the family within walking distance of the course.

Kaye Kessler was a sports writer for the Columbus Citizen, at the time. He took a photograph of that group of kids and was later contacted by Grout.

“You remember the group we had together when you first came out? Well, we have a boy in this class shoot 51 on our first nine hole,” Grout told Kessler.

Kessler put a blub in the paper about him, the first time Jackie Boy, as Grout called him, made the press.

Grout became Nicklaus’ first and only teacher. Even when Nicklaus attended Ohio State University, head coach Bob Keppler had no intention of instructing him.

“The members used to say, ‘Mr. Grout, you’re just gonna ruin that boy the way you’re letting him swing,'" Kessler says. "And Grout just said, ‘Don’t worry about that. We gotta let Jackie Boy stretch those muscles while he’s young. When he gets them stretched where he oughta be, we’ll reign him in.”

“He wouldn’t let me take my heels off the ground for the first year I played golf,” says Nicklaus. “You learn how to roll your ankles, learn how to shift your weight, learn how to release the club. Teachings of Alex Morrison.”

Grout stayed at Scioto until 1961, when he moved to Miami, Fla., to take the head pro job at La Gorce Country Club. But he always remained by Nicklaus’ side, if not literally.

“I probably would never have seen him more than two times a year, maybe three dead max,” Nicklaus said. “Jack taught me to be responsible for my own swing.”

It’s a far cry from what you see in modern times.

“Not once did he ever step on the practice tee at a golf tournament,” Nicklaus says. “I think what happens today on tour is ridiculous.

“The coach is not out there on the golf course with you when you’re in the middle of a competition on the 13th hole and you’re having a problem and you gotta figure out how to finish that golf tournament. You gotta be able to do that yourself.”

Nicklaus would begin each season with a short session with Grout. They’d go over the fundamentals, make sure Nicklaus was comfortable and on track. Then it was up to Jack, the student.

“Jack Grout would be more of Jack’s eyes. He could see, yes, this is where you need to be. No, this isn’t where you need to be. He always taught him how to fix his swing under pressure,” instructor Butch Harmon says. “He gave him a better understanding of when he hit a bad shot or why he hit it, and what he had to do to correct it.”

And, from the time Jack was boy, Grout helped shaped Nicklaus’ swing, not alter it – flying right elbow and all.

“I think if he had changed Jack’s swing, the flying right elbow that we know, we might never have heard of Jack Nicklaus,” instructor David Leadbetter says.

In 1974, Grout went back to Ohio to accept a pro emeritus position at Muirfield Golf Club, which would eventually host Nicklaus’ Memorial Tournament. He’d travel back to Florida in the winter time and do some teaching there, as well.

Nicklaus wasn’t Grout’s only Hall of Fame pupil – Raymond Floyd, Ben Crenshaw, among other notables –  just the one for which he will always be associated.

“He loved me and I loved him.”