From Koepka to Kupcho, DJ to JT, 2022 was the year of golf weddings 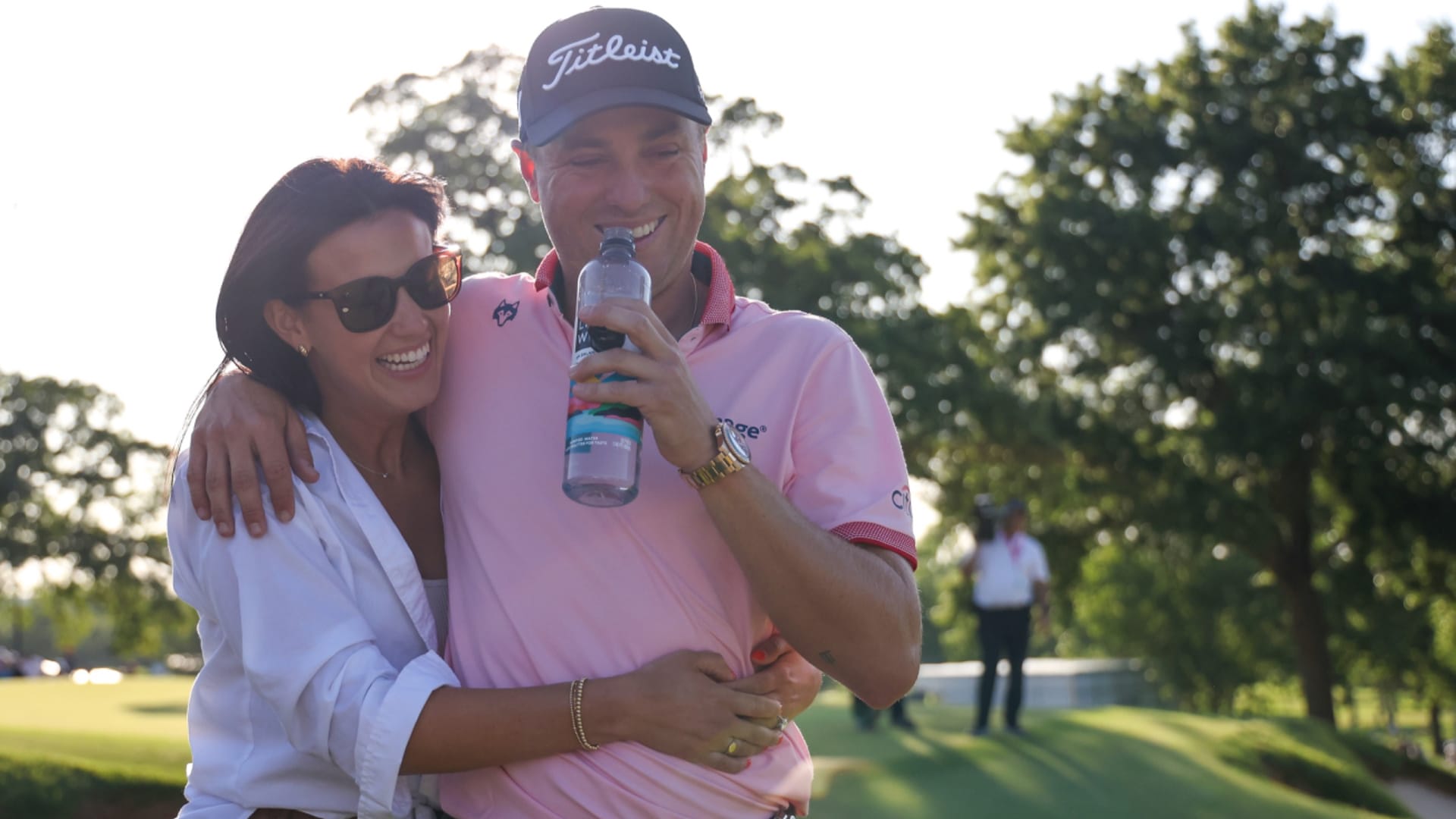 As the year draws to a close and the golf season lulls in lieu of the holidays, we reflect on all the happenings of the past 365 (or so) days, and when you look back on the year off the course, one thing is glaringly obvious: 2022 was the year of golf weddings.

Getting married is a big deal, in general, but to find the time to do so amidst a busy schedule competing in a year-round sport is impressive. Special kudos to the big names who were able to keep their nuptials hush hush until after the fact.

Without further ado, and in no particular order, let’s take a look back on some of the golf world’s weddings in 2022:

Before Johnson bolted for LIV in June, he made an even bigger commitment: marrying Gretzky, the daughter of NHL legend Wayne Gretzky, in a lavish Tennessee wedding.

After an eight-year engagement, and two sons, the pair wed at Blackberry Farm – a five-star hotel in Walland, Tennessee. Kid Rock was on hand to perform during the dazzling reception.

“Turks and Koepkas” – that was the fitting name of Koepka and Sims’ week-long wedding celebration held in Turks and Caicos in June.

The four-time major champion and actress went all out, with the event featuring custom Nikes, a performance by Ludacris, and ludicrously beautiful gowns (yes, with an S).

Will Zalatoris and Caitlin Sellers

No longer winless on Tour and no longer a single man!

Zalatoris might be nursing a back injury that kept him out of the Tour Championship, but it didn’t keep him from tying the knot to Sellers, his fiancé of more than a year, this past weekend.

On Tuesday, Zalatoris posted an image from the couple’s ceremony on Instagram. The caption read, “Can’t wait to spend the rest of my life with my best friend. I love you.”

It was an intimate ceremony that included 100 of their closest friends and family. The couple was serenaded by a 10-piece wind and string orchestra and accompanied by their golden doodle, Koa, who wore a tuxedo of his own.

Jennifer Kupcho and Jay Monahan (not that one)

Kupcho had an exciting 2022, marrying LPGA caddie Monahan and winning her first major championship at the Chevron Championship.

Kupcho and Monahan exchanged vows at Superstition Mountain Golf and Country Club in Gold Canyon, Arizona, where they met, and spent some time on the range in their formal wear.

Earlier in November, Thomas wed Wisniewski in what is rumored to have been a phone-free wedding and reception. Smylie Kaufman did tag Franklin, Tennessee, on Instagram though, so we can deduce that was the location of the event. As for JT’s best man? None other than Jordan Spieth.

Rory McIlroy confirmed that he was also in attendance during an interview prior to last week’s The Match. The Northern Irishman was a bit salty about Spieth getting best man duties while he was relegated to the back row (or somewhere away from the limelight).

As a result of their successful “no phones” rule, no pictures of the happy couple’s big day have made it onto social media.

Mitchell knows how to get things done!

In early 2022, Mitchell and Watson wed in Hawaii in the same week that he played in the Sony Open (also in Hawaii), finishing T-7. Not to mention, the University of Georgia also won the College Football Playoff that week, so safe to say, it was an epic week for the Georgia alum.

After publishing, the PGA Tour tweeted its congratulations to Sungjae Im and his bride, who, according to Im’s Instagram, were married this weekend in Im’s home country of South Korea.

If you haven’t already, you have to check out this Masters-themed wedding that featured a green jacket, ring caddies, Jim Nantz (kind of), and more tributes to the beloved major.