Thompson struggles to step up for U.S. in Solheim Cup loss 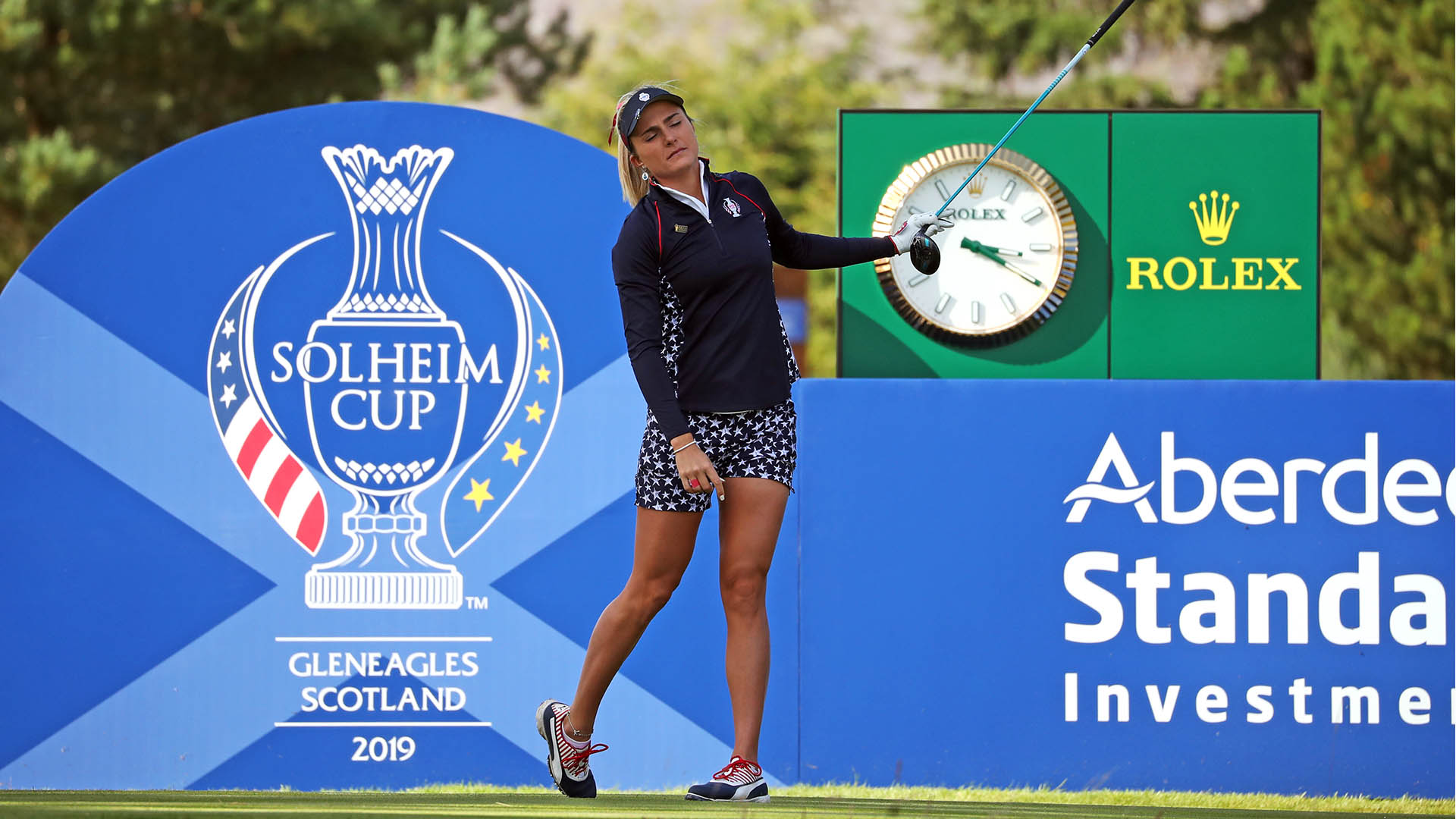 GLENEAGLES, Scotland – As the European players rushed the 18th green to congratulate their hero, Suzann Pettersen, Sunday at Gleneagles’ PGA Centenary Course, the highest-ranked player in the field watched with her American teammates.

This certainly wasn’t the Solheim Cup that world No. 3 Lexi Thompson had envisioned.

Thompson entered the week needing to step up as a leader for Team USA, especially without her longtime partner and American spearhead Cristie Kerr, with whom she had gone 11-1-2 with in international team matches. But in her pre-tournament presser, Thompson declined to anoint herself as one, and in some ways, it foreshadowed her performance.

Thompson paired with three different players in team play, going 0-1-2, earning just one point. She struggled with her ballstriking in the wind, and her only real putt of consequence came on Friday evening, when she sank a 15-footer for birdie at the last to earn one of those half-points.

Things got worse Sunday, when she tweaked her back during her warmup and wasn’t sure if she’d be able to compete in her singles match against undefeated Georgia Hall. Thompson’s agent, Bobby Kreusler, told Golf Channel’s Jerry Foltz that Thompson’s back was in “full spasm.”

She ultimately teed off but needed caddie Benji Thompson to tee up her ball for her on the first tee.

Eventually, Thompson’s back loosened up, but with it the American star also saw her lead dwindle and then disappear. Thompson missed short putts for par at Nos. 10, 11 and 15 as Hall secured a 2-up lead with three holes to play. Two holes later, Thompson again bogeyed to end her disappointing week.

“I don't think her back injury had anything to do with [her loss], U.S. captain Juli Inkster said. “She tweaked it a little bit, but she was fine after a few holes. Golf's hard. It's hard. You're going to go through ups and downs, and I know she felt like she didn't hit it the way she usually hits it. But you're going to have weeks like that.

“She'll be back. She's No. 3 in the world. And she's got so much talent. I would take Lexi Thompson on my team any day.”