LPGA's biggest obstacle to a potential return? It needs fans on site 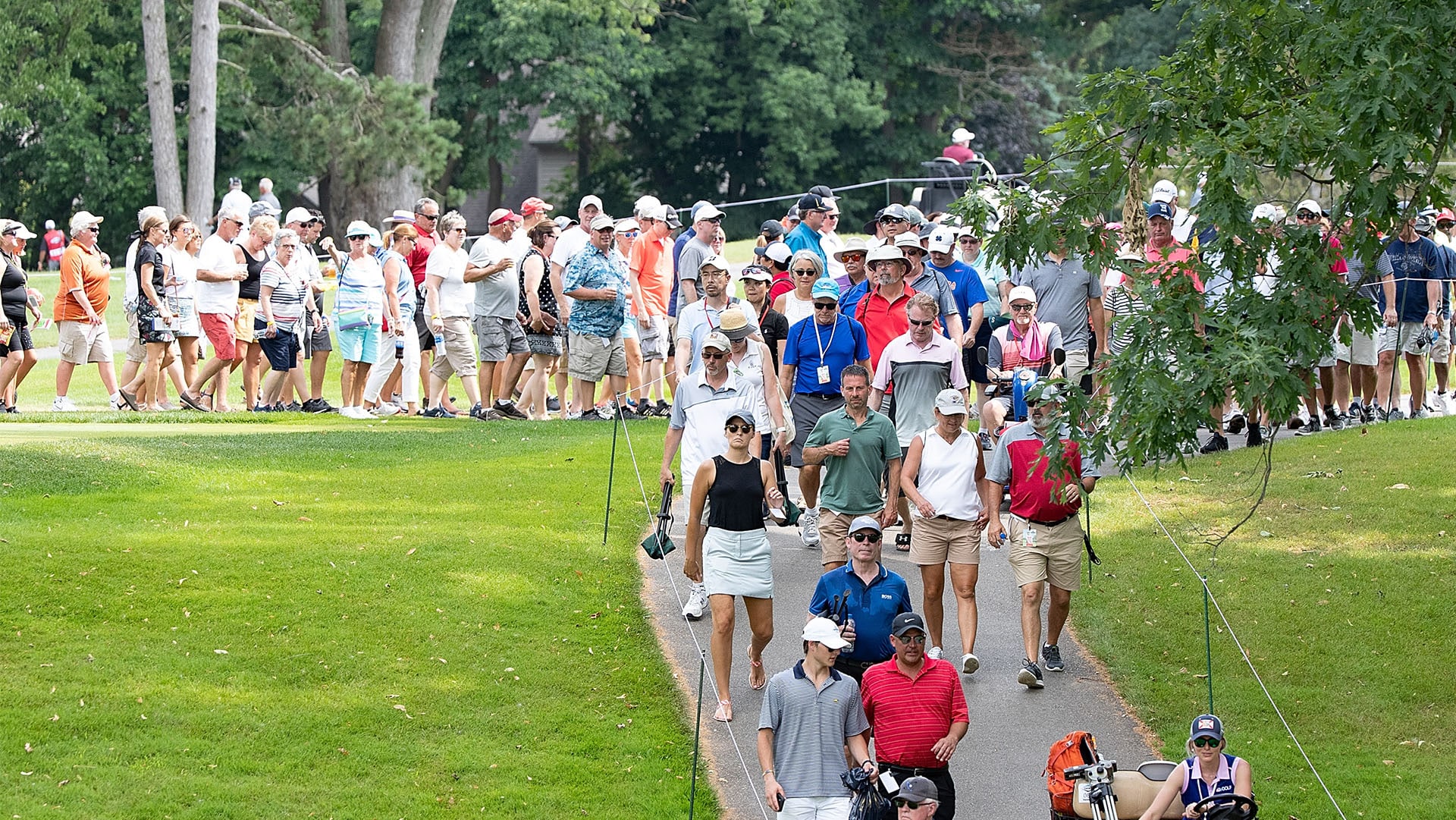 The Marathon Classic is now scheduled as the LPGA’s summer restart amid the coronavirus pandemic, but that’s not set in stone, either.

If the Ohio governor won’t lift restrictions to allow outdoor public gatherings, the Marathon Classic will likely cancel its event in late July in suburban Toledo.

“Financially, it would not work for us,” Silverman said. “A business model with no fans is something that would be very difficult to afford.”

The Dow Great Lakes Bay Invitational announced Friday morning that it was cancelling its event (July 15-18) in Midland, Michigan. That team event was set to be the LPGA’s return from a long pause amid the pandemic. Now, the Marathon Classic is tentatively set as the new restart July 23-26. 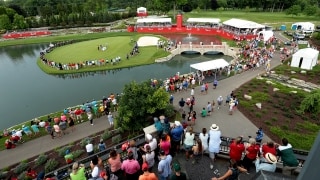 The LPGA announced Friday that it is canceling the Dow Great Lakes Bay Invitational in July, with plans for the team event to return in 2021.

The Marathon’s return may be contingent on how Ohio Gov. Mike DeWine responds to a proposal presented by Ohio’s four professional golf tournament organizations on Friday.

“We’re hopeful we will get an answer in the next 7 to 14 days,” Silverman said.

Memorial Tournament executive director Dan Sullivan is spearheading the Ohio tournaments’ efforts to get state approval to play their events with fans. The Memorial, the PGA Tour event hosted by Jack Nicklaus in Dublin, is scheduled for July 16-19, a week before the Marathon Classic. The Korn Ferry Tour’s Nationwide Children’s Hospital event (Aug. 20-23) in Columbus and the Bridgestone Senior Players Championship (Aug. 13-16) in Akron are part of that Ohio tour effort.

“The activation plan the Memorial put together and shared early on with the other three Ohio tour events has been the guiding light for the rest of us as we deal with our own local health departments and with police, fire and EMS,” Silverman said.

With LPGA tournaments working under a different business model than the richer PGA Tour with its enormous TV rights package, the prospect of playing without fans, pro-ams and corporate networking is more daunting to women’s events.

Most of the LPGA’s community-centric events face the same challenges Dow and Marathon face trying to put on tournaments without fans and corporate hospitality.

Chris Chandler, the Dow Great Lakes Bay Invitational tournament director, said safety concerns were a primary factor in canceling Dow’s event, with plans to return in 2021. He said there were other factors, too, including the prospect of playing without fans.

“There were a ton of factors, but at the end of the day, this is a community event,” Chandler said. “We had 250 partners, locally, last year. That’s operational and sponsors. When you talk about building an event for the community and by the community, and you look at scenarios with no fans or limited fans, that’s a tough decision.

“We did this for the community, for people to enjoy this and come out and enjoy all we want to celebrate with this. At the end of the day, if you can’t do a lot of that stuff, and if you can’t hit on the core values and objectives of why you are hosting an event like this, that’s a tough message for the community.”

Chandler said the Dow Great Lakes Bay Invitational had a $12.7 million impact on the Midland community last year, just measuring the week of the event. A variety of stakeholders were consulted before the decision was made to cancel, including city and government officials and chamber of commerce members.

“It’s sad and disappointing, but given where we are at and the options we faced, this was the right call, the safest call,” Chandler said.

Dow did extend its commitment to the LPGA, moving its contract an added year, through 2024.

LPGA commissioner Mike Whan and his staff are working closely with Marathon and all their tour events.

“We are working with all of our tournament operators on the situations that work best in their individual communities,” an LPGA spokesperson said. “We don’t expect any two communities to be the same. As Mike said, we are working generally on a 45-day-out basis in each host community.”

“You talk to any tournament director, and we will all say the same thing,” Silverman said. “It’s all about community, the charities and its beneficiaries, the economic impact to the community. Those are the key factors in why we do what we do.”

Silverman said the proposal the Ohio tours submitted to the governor lays out safety protocols the tours would put in place for players, caddies, support staff and fans. That includes tour testing procedures for players and caddies. The proposal also lays out host tournament site plans, from thermal scanning of the temperatures of fans and support staff entering the site, to plans for safe food preparation, with only packaged foods available at concession stands and in hospitality areas.

Under the proposal submitted to the governor, the four Ohio tour events would not erect bleacher seating.

Also, they would require fans and tournament personnel to wear protective face masks.

“We will request fans bring their own masks, but if they leave it at home, or need one, we will give them a mask,” Silverman said.

Silverman believes tournament golf, with all its open space, has built-in advantages in preparing for a safe return to sports.