Kuchar rises to No. 8 in world ranking with WGC win 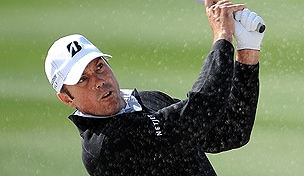 The first World Golf Championships event of the season resulted in a few changes in the latest world rankings.

Let’s start with Matt Kuchar. His hard-fought victory Sunday at the Accenture Match Play Championship vaulted the reigning Players champion from 23rd to eighth in the rankings. Hunter Mahan, who lost in the finals, moved from No. 25 to No. 21.

Further down the rankings, Tim Clark and Alexander Noren moved into the world top 50 to earn a spot in the next WGC event, in two weeks at Doral. Padraig Harrington remained at No. 50, while Thomas Bjorn (No. 54) and David Toms (No. 48) fell out of the top 50.