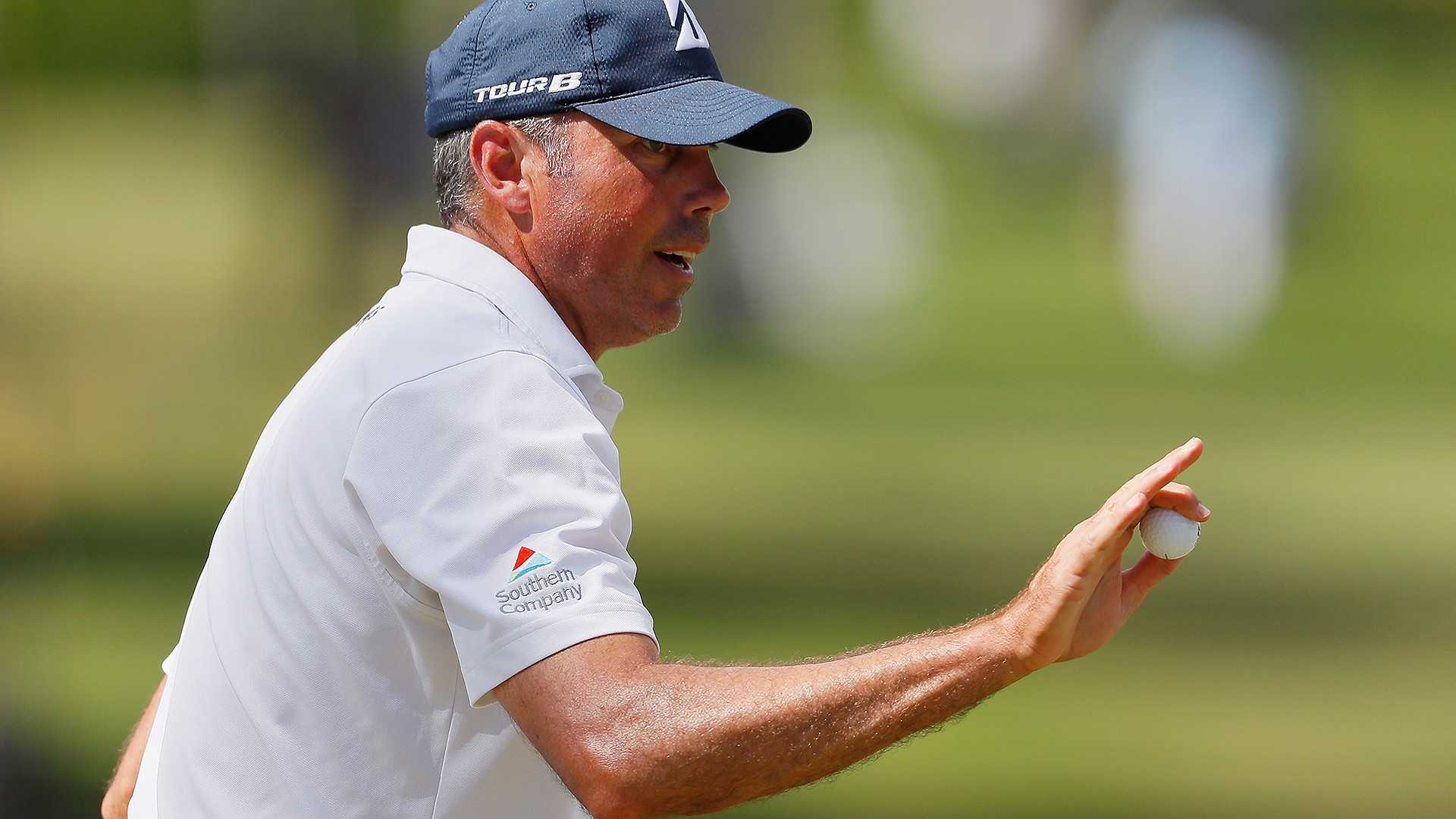 Matt Kuchar leads the Sony Open after back-to-back rounds of 7-under 63, but other big names, such as Jordan Spieth, weren't so lucky Friday at Waialae Country Club. Here's where things stand at the halfway point in Honolulu:

What it means: Kuchar is enjoying a bit of resurgence. After winning for the first time since 2015 last fall in Mexico, Kuchar tied the lowest 36-hole total of his career Friday in Hawaii. He birdied four of his first five holes en route to becoming just the fifth player in the past 10 seasons to open a PGA Tour event with back-to-back rounds of 63 or lower. Spieth, on the other hand, is still searching. Admitting this week that he wasn't feeling comfortable with his game – or the new rules – Spieth missed the cut by a shot. He did look much better on Day 2, though, carding seven birdies, including three in his final four holes. After an opening 73, Spieth finished his short week with a 4-under 66.

Round of the day: Stewart Cink totaled nine birdies to shoot 62 and tie his career-low round on Tour. It was also Cink's best score in 52 rounds at the Sony Open. And if this were a 16-hole award, it would've went to Ryan Armour, who was 8 under on his round with two holes to play before finishing double bogey-par.

Best of the rest: Andrew Putnam moved into solo second with a second-round 65. Through 36 holes, Putnam has made 287 feet, 3 inches of putts to lead the field. Marc Leishman is once again in contention after rounds of 67-64. The big Aussie is 34 under in his past eight Tour rounds.

Biggest disappointment: Spieth entered the week with a glowing record in his first tournament of the season. Since 2014, Spieth hadn't finished worse than eighth to start his year. Now, Spieth has missed two straight cuts, dating to last fall's Mayakoba Classic, and has four missed cuts in his past 12 worldwide starts.

Main storyline heading into Friday: With the likes of Bubba Watson, Zach Johnson, Paul Casey and Adam Scott joining Spieth in the early-exit department, the weekend certainly lacks some of the starpower it started with. But there are still some storylines to watch. Kuchar might be looking for his second win in three starts, but he also is 2 for 12 in converting 36-hole leads into wins on Tour. Plus, there are some proven Tour winners in the top 10, including Leishman and Keegan Bradley, and some big names such as Patrick Reed, Justin Thomas and Brandt Snedeker lurking further back in the top 20. An interesting statistic to consider: Four of the past five Sony champions came from three or more shots back after 36 holes.

Shot of the day: There were several holeouts Friday at Waialae, but why not go with the guy who had three of them? Yes, Reavie made three eagles on par 4s in his second round, the first time that's ever been done on the PGA Tour in the ShotLink era.

Quote of the day: "Just how I drew it up." - Bryson DeChambeau after getting a fortuitous bounce off a post.