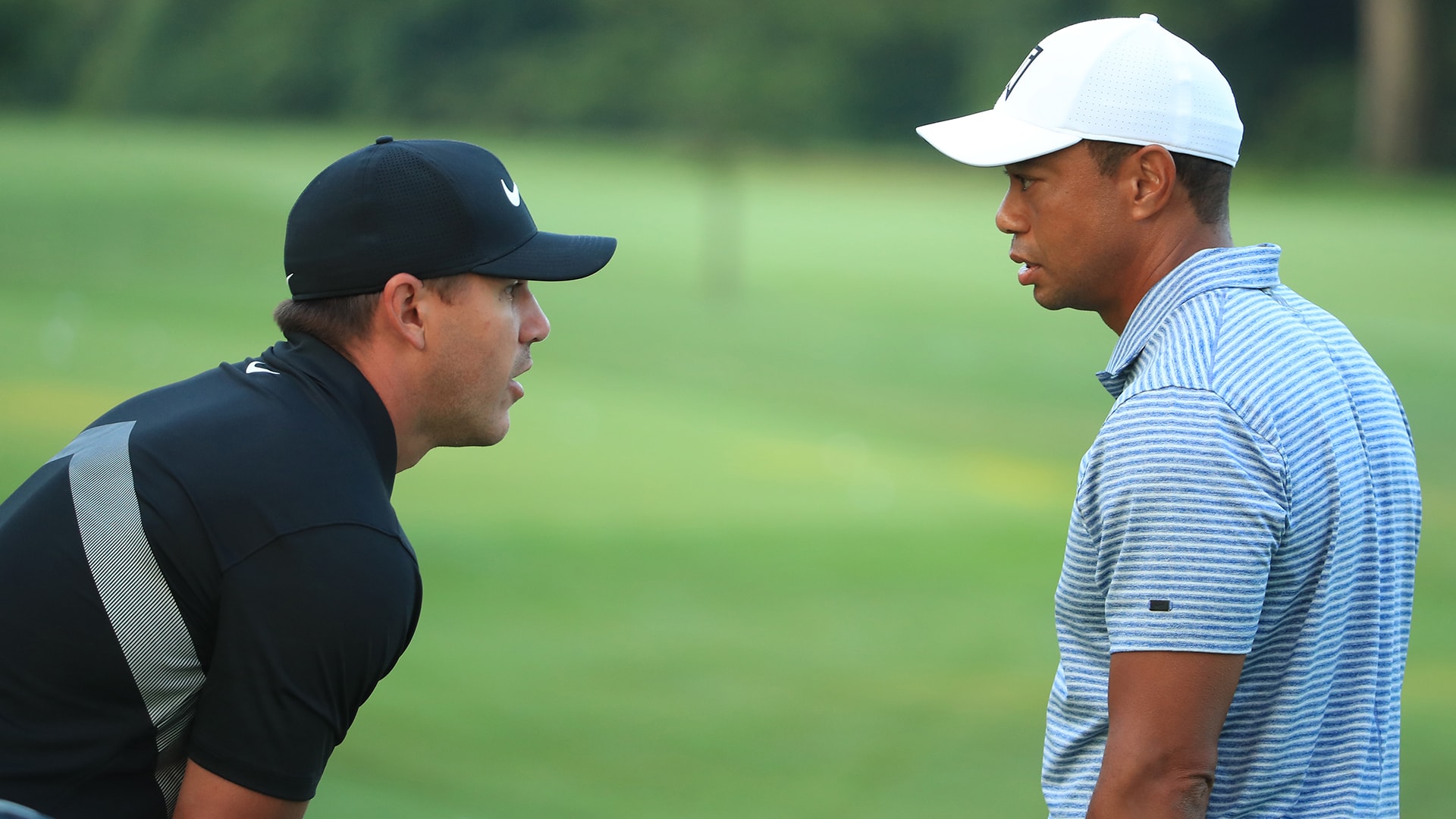 The head-to-head showdown many fans were hoping for this week at Muirfield Village will have to wait until at least the weekend.

Brooks Koepka will play in one of four featured groups for the first two rounds of the Memorial Tournament. However, he will not be grouped with Bryson DeChambeau, the winner in Detroit two weeks ago who has unintentionally become somewhat of a rival to Koepka.

Instead, Koepka draws the No. 1-ranked player in the world, Rory McIlroy, and five-time Memorial champion Tiger Woods, who will play on Tour for the first time since the Genesis Invitational in February.

Woods has played just three times this season, winning the Zozo Championship, tying for ninth at the Farmers Insurance Open and ending up solo 68th at Riviera. McIlroy had seven straight top-5s, including a win, to begin the season, but since the Tour returned from its three-month absence during the COVID-19 pandemic, McIlroy has no top-10s in three starts.

Koepka is coming off a missed cut last week at Muirfield Village and has just one top-10 this season as he continues to recover from an 'excruciating' injury to his left knee, which he re-injured in October after undergoing a stem-cell treatment following last year's Tour Championship. 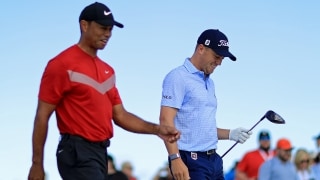 While Woods, McIlroy and Koepka is one heckuva draw, golf fans on Twitter had been lobbying for a Koepka-DeChambeau pairing after Koepka appeared to take a couple of shots at the bulked-up DeChambeau last week, first tweeting only a GIF of "Eastbound and Down" character Kenny Powers attacking a cameraman over alleged steroid allegations, and then telling reporters that he was going to "run the table" after committing to the Memorial late Friday, seemingly a reference to DeChambeau's recent casino speak.

The perceived shots come after Koepka called DeChambeau out for slow play last August at The Northern Trust, causing DeChambeau to seek out Koepka's caddie, Ricky Elliott, and tell him that he wished Koepka would make those kind of comments to his face.

The two later met on the range at Liberty National and apparently squashed the beef. Though neither player revealed what was said, less than two months later DeChambeau announced in Las Vegas that he was going to transform his body in a quest to add speed and distance.

Nearly 40 pounds later, DeChambeau has, and two weeks removed from his victory in Detroit he finds himself ranked seventh in the world, right behind Koepka.