Nathaniel Crosby loves Seminole Golf Club, and soon the golf world will too 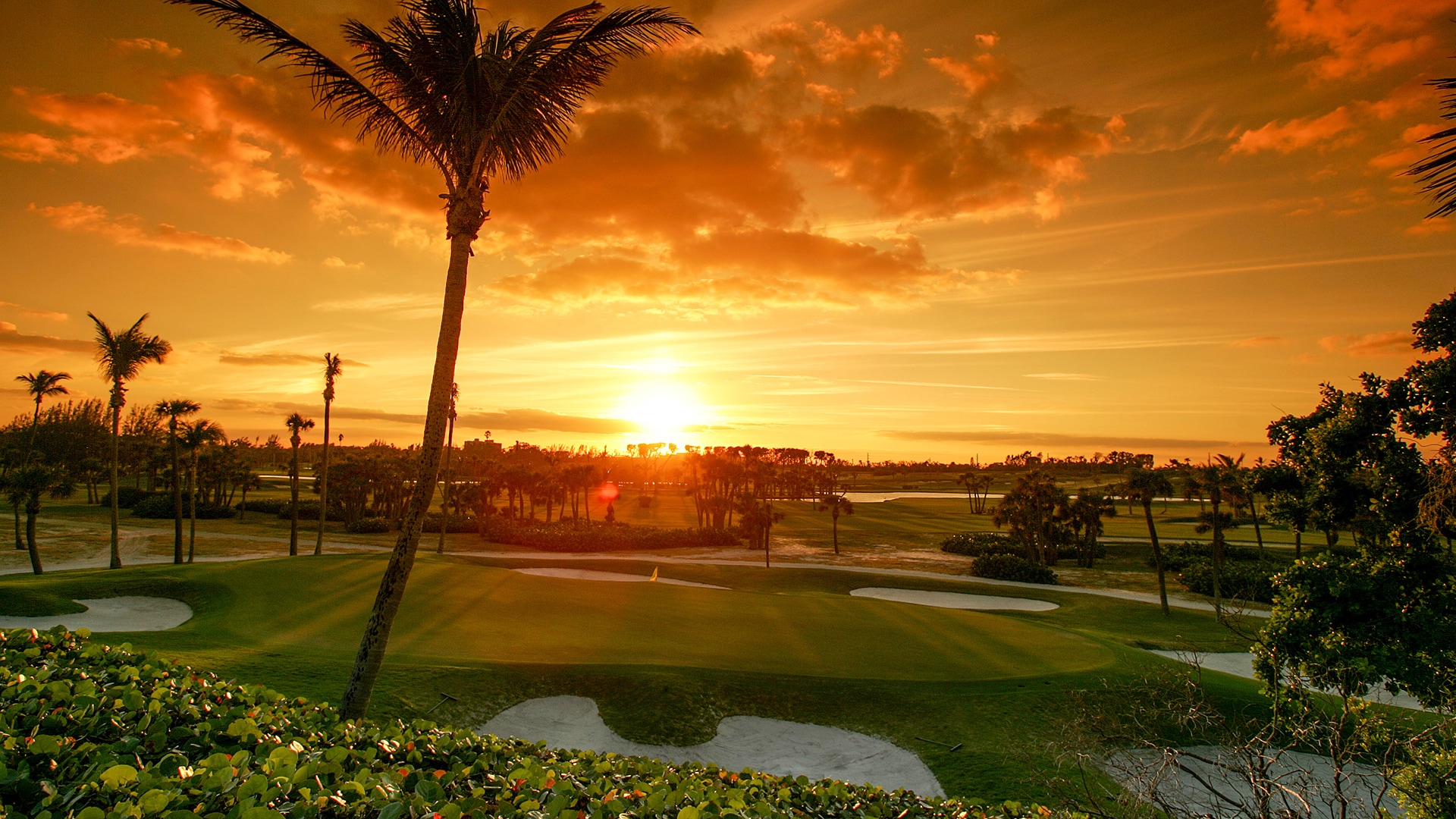 For Crosby, it was love at first sight when, at age 15, he played his earliest rounds on the Donald Ross-designed South Florida gem for four days in 1976, with his legendary father Bing Crosby, his brother Harry, his father’s very best friend George Coleman (later Seminole’s president) and another legacy member in Mickey Van Gerbig, whose brother Barry also went on to serve as club president.

A year later, after his father’s tragic passing in Spain, Crosby was invited by Coleman for four more days of golf at Seminole, this time with larger-than-life pro Ben Hogan. Crosby remembers the New Year’s Eve party on that trip where Hogan, cigarette holder and all, introduced himself to a Palm Beach socialite woman. “Hi, I’m Ben Hogan,” he said. To which the woman responded: “Yes, you are!”

Crosby remained a frequent guest of Coleman’s. He received a golf scholarship to the University of Miami and spent many afternoons at nearby Jupiter Hills beating balls under the tutelage of instructor Tony Penna, but for a young Crosby, the opportunity to live close to Seminole was arguably the greatest benefit to calling South Florida home.

Every season, Seminole allowed guests to play up to 25 times. “I was always pretty close to that,” Crosby said.

Now 58, Crosby, the 1981 U.S. Amateur champion, has been a member at Seminole for years. He’s won a club championship there. He’ll look to captain a second straight winning U.S. Walker Cup team there next May. And he, along with the other titans of industry and true world-beaters that make up Seminole’s membership, will proudly watch as the club enjoys its big public unveiling Sunday. 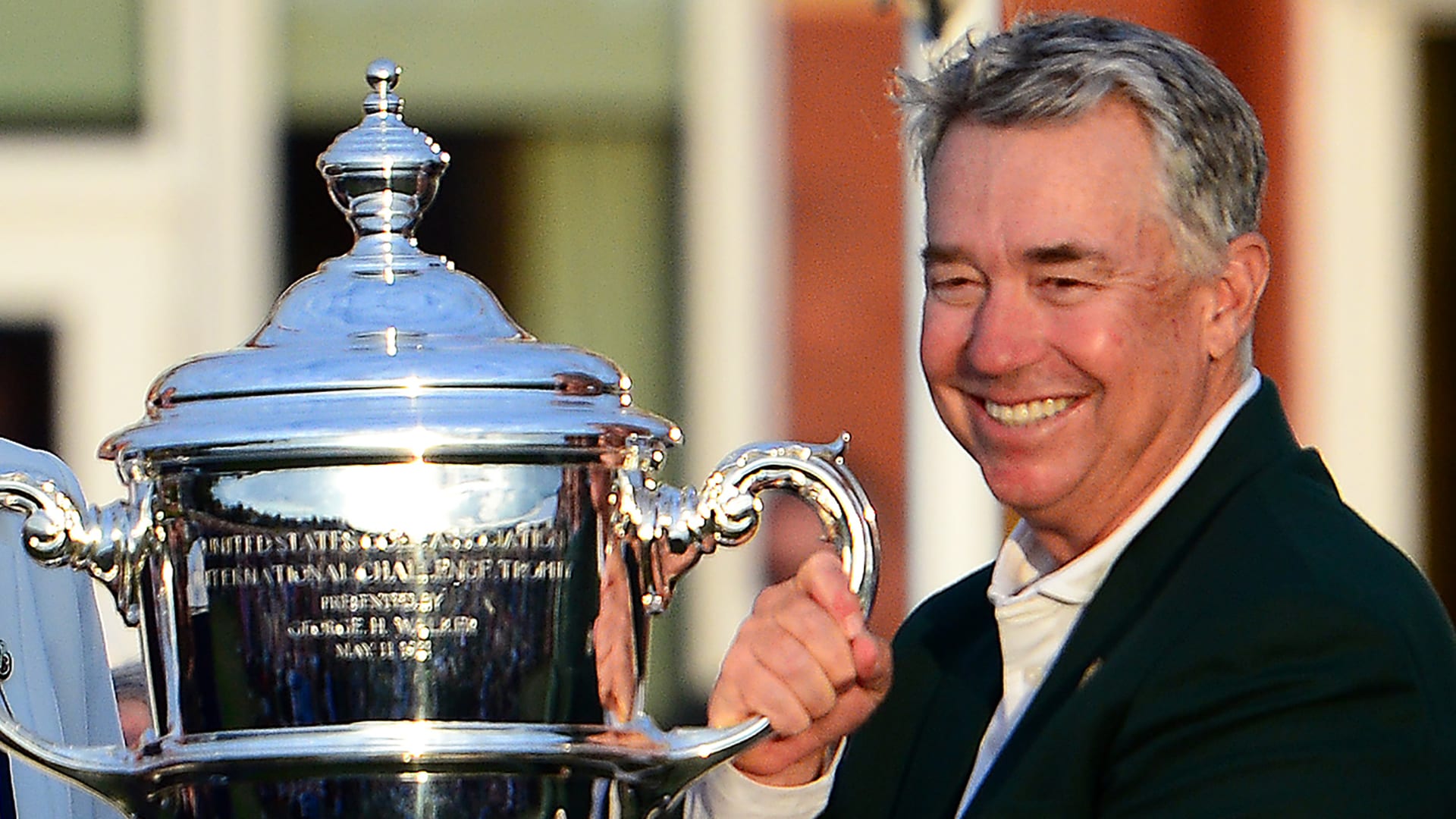 The TaylorMade Driving Relief, a team skins event matching up Rory McIlroy and Dustin Johnson against Rickie Fowler and Matthew Wolff, will mark the first televised event at Seminole.

But even with four of golf’s biggest stars on display, Crosby believes Seminole will shine brightest.

“I think the golf course is going to hold up extremely well,” said Crosby, who actually is McIlroy’s next-door neighbor in Jupiter.

"It's such a special place. ... People are going to fall in love with it when they see it."

Added mid-amateur Stewart Hagestad, who has played Seminole several times and lists it as his favorite course in the world: “It’s one of those places where the more you play it, the more respect you get for it,” he said.

Crosby hosted Hagestad and 15 more of the top American amateurs, including Wolff, two Decembers ago for the Walker Cup practice session. The first handful of rounds were played on other courses in the area, including Medalist and Bear’s Club, and the youngsters blitzed those layouts. Duke’s Alex Smalley and Vanderbilt’s John Augenstein shot 61 in alternate shot together on their first trip around Bear’s Club.

But when they arrived at Seminole? 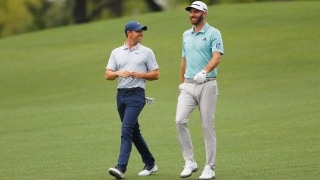 What the Driving Relief match lacks in official standing or meaningful competition can easily be overlooked thanks to one simple theme: Golf is back.

Crosby says Seminole, which is set in a basin along the Atlantic Ocean amongst two massive sandy ridges, is more difficult now than back when he played it as a teenager. There’s a lot less vegetation, with fewer trees amplifying the wind, which can give even the best players headaches since no three consecutive holes at Seminole play with the same wind direction.

The greens are much firmer these days, too. Whereas players were once able to get to tucked pins with some ease many years ago, it’s now even more imperative that players play to the proper angles – even if they’ll have a wedge in their hands for their second shots. Some hole locations require less than a 10-square-foot landing area and an approach shaped into the wind.

“Unless you hit the ball down an elevator shaft, it’s very hard to go at one of those pins,” Crosby said.

Add in several lengthened holes – a handful of new tee boxes were put in for next spring’s Walker Cup – and fast greens (expected to be pushing 13 on the Stimpmeter) with many hidden intricacies, and Crosby predicts a hard-fought battle.

“There will be some birdies,” said Crosby, who set the over/under at an average of three-and-a-half birdies per player. “But there will also be some three-putts, I promise you that.”

Crosby’s deep knowledge of the remarkable layout is on full display as he goes through his favorite holes. For those watching along at home Sunday, Crosby recommends paying extra attention to these five:

Crosby expects this uphill par 4, the course’s No. 1 handicap hole, to play from a new back tee, about 510 yards long, and more than likely into a prevailing wind. “It’s a classic, straight-away, knock-yourself-out golf hole,” he said. A birdie here by anyone would be shocking.

Often touted as Hogan’s favorite hole, Crosby says the real challenge on this par 4 is the approach shot. Players will likely have a wedge into this green, which runs diagonally from front left to back right, but it’s not a guaranteed birdie hole. The center of the green is the narrowest portion, bottlenecked by two bunkers. With a back-right pin the likely location, Crosby says, this forces one of two shots. “If you hit it left to play safe, it can jump into the back-left bunker, which is not visible from fairway, so you have to under-club and hit it safely to the left or you have to shoot for the pin and carry it all the way to the back.”

Another short par 4 for these long-hitting pros, and another hole where wedge doesn’t necessarily equate to a birdie. “It’s such a daunting hole,” Crosby said, “because even though it’s a short hole for these guys, it’s a coffee-table green with a small target. If the pin is in the back, you have to curve [your shot] against the wind. If you let the wind take it, you’ve probably got about a landing area of 12 square feet.”

“It looks like you can throw a football from the tee to the green,” Crosby said. But this par 3, which plays around 165 yards into the wind, isn’t that easy. If the pin is tucked in the right corner, “it will be fun to watch.”

An ideal finisher, Crosby states, and a hole made even more exciting by a $500,000 skin. Players can try to cut off some distance on this dogleg-left hole, and the elevated green is protected by a false front and deep right bunker. “If the pin is in the front and a player spins a wedge too much, that ball could roll almost back to their feet,” Crosby said.

If the players are tied after the 18th hole, they will head back to the par-3 17th hole, where they will play it up, from about 125 yards. If they are tied again, or don’t finish 18 holes before 5:45 p.m. ET, the tie will be settled on the penultimate hole using a closest-to-the-pin format.

Either way, play will be done by 6 p.m. That’s the rule at Seminole, and it has been for a long time as the club implemented it in order to prevent members from lingering and keeping the staff working long into the evening.

Crosby has had some close calls, including one time when his brother, Harry, was having “the round of his life,” 2 under through 16 holes, when they were forced to call it quits and retreat to the clubhouse.

“I don’t know if he is over that,” Crosby said with a laugh.

As for Crosby, he’ll likely never get over his infatuation for Seminole.

And for those tuning in Sunday, get ready to fall in love.