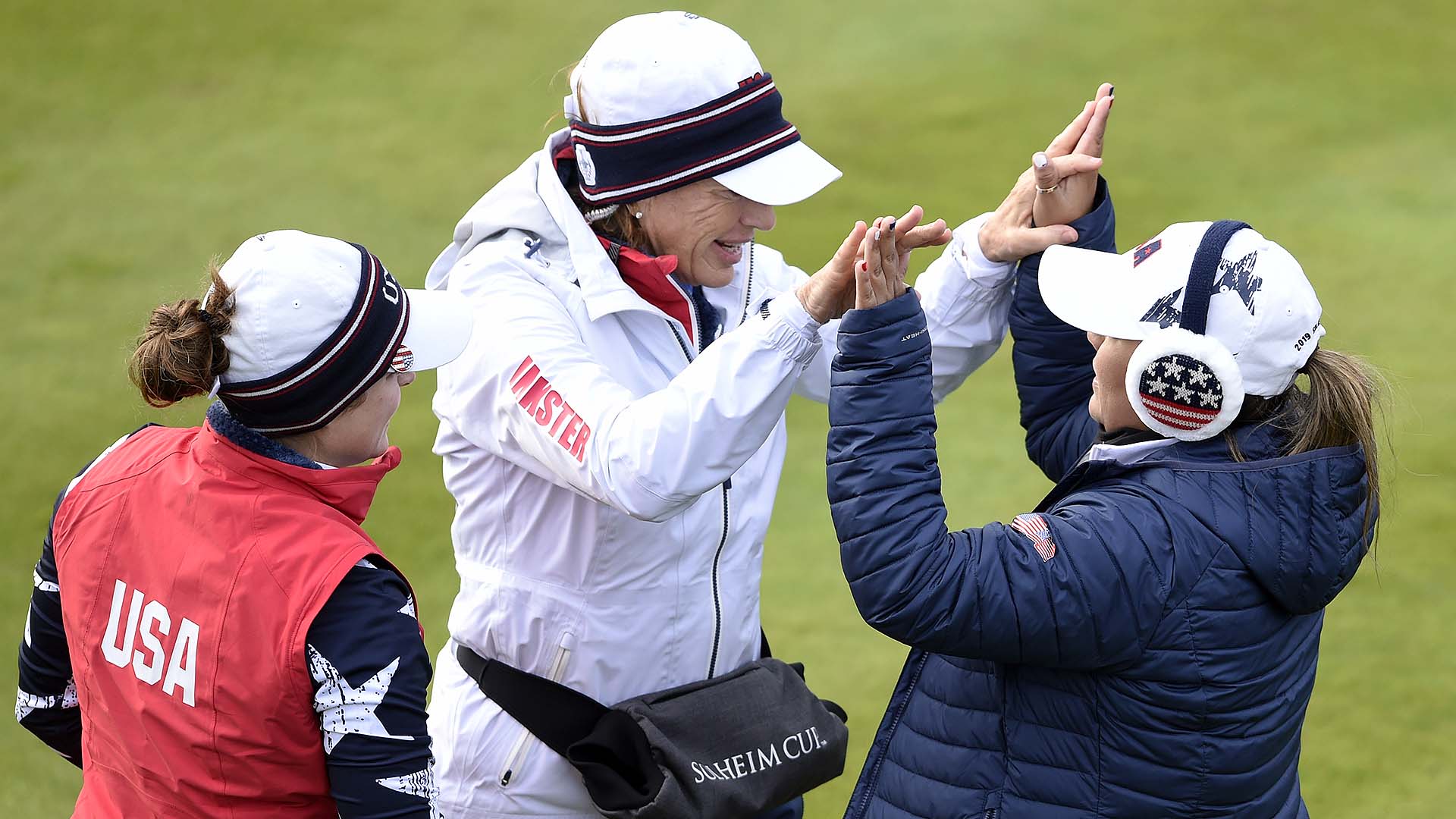 That’s all you need to know about the message Inkster has been delivering with her moves all week.

Like Kang, Inkster’s been going bold all week, not so much in words, but certainly in her captain’s tactics.

Inkster brought a team half full of rookies to Scotland, six of them. That’s more than any American team has fielded since the inaugural event in 1990, when everyone was a rookie.

Inkster hasn’t been trying to hide those rookies. On the contrary, she’s been showing them off.

That was never more evident than in the American rally Saturday afternoon in foursomes that tied up this competition at 8-8. The U.S. won its first session all week with Inkster benching her hottest team — the Korda sisters — and leading off the format with the rookie duo of Brittany Altomare and Annie Park. 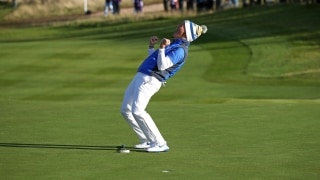 Match-by-match results for each session of the 16th Solheim Cup at Gleneagles.

Overall, Inkster sent out four rookies in the afternoon.

How did it go?

Altomare and Park took down Europe’s heart and soul, Suzann Pettersen, beating her and Anne van Dam, 1 up. It helped the U.S. win the session 2½ to 1½.

“I’m ecstatic. I got a point from them, and I got some rest for the Kordas.”

The Americans have never won in Scotland, where they are 0-2. Inkster didn’t just bring six rookies to Gleneagles. She brought nine players who have never teed it up in a Solheim Cup played on foreign soil.

It made the American effort Saturday afternoon all the more impressive.

In chilling, hard winds, with misting rain late in the day, the Americans were better in the weather than the home team.

“What you saw out there, brutal,” said Lexi Thompson, who teamed with rookie Marina Alex to take a half point in that afternoon rally. “It was just tough conditions, tough for everybody.”

Inkster’s faith in her rookies has bolstered their confidence.

“It makes us feel amazing,” Alex said. “There's a few of us who are rookies, but we're on the older side. We've been playing a lot of tournament golf. We've had time out on the LPGA. So, it's not like we're completely foreign to pressure situations. However, this is a bit of a different element.”

Scotland’s own Catriona Matthew, the Euro captain, is of a quiet demeanor, but she’s a fierce competitor. She showed that winning the Women’s British Open, and she showed that in her 18-11-8 Solheim Cup record.

Matthew knows what Kang will be feeling leading off Sunday singles. The last time the Solheim Cup entered the final day all tied up was in 2011. Matthew led off singles that day and routed Paula Creamer, 6 and 5, leading the Euros to victory.

“I think as a captain, you always hope for more [points],” Matthew said. “You always want to be going in ahead. Just in my nature. I'd rather be ahead than behind. But tied is good. And as I say, we're both probably happier tonight than we were last night. I think that bodes well for tomorrow.

Inkster is making sure her team enjoys the week. She even took her turn as the DJ in the American team room the other night.

The U.S. captain is 59, from another generation, a mother to two adult daughters, but it didn’t seem to matter what artists she played for them. From the Temptations to Sam Smith to Bruno Mars, they loved them all.

She raised her hand, to let them know it was all her music.

“I couldn’t believe it.”

Inkster’s team has been just as accommodating to the dance partners she has assigned them this week. 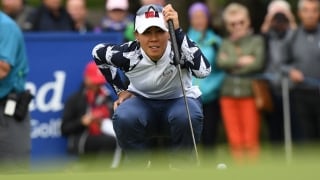 The Korda sisters didn’t mind sitting as much as all the social media who second guessed Inkster’s decision.

“Believe me, my whole life I’ve been second guessed, so I’m OK with that,” Inkster said. “I just think the Kordas played twice yesterday, and once today in some really tough weather. And I just felt like singles, I'm going to need them in my singles matches. Those points are very valuable. And they need some rest.”

Inkster is banking on her formula helping her team win for a third consecutive time under her leadership.